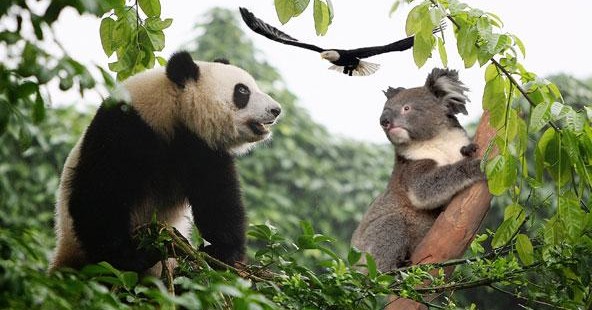 The most striking outcome of President Obama’s busy crisscrossing of the Pacific last week is this: The U.S. is now going to station 2,500 Marines in Australia and develop (it hopes) a trade-enhancing organization called the Trans-Pacific Partnership, or TPP. The trouble is that it is unclear where any of this is leading—except to a more antagonistic relationship with China, which is just what America and Asia need least at the moment.

Obama’s stated intent was to broadcast to Asians a new American commitment to a region it neglected as it fought its wars in Afghanistan and Iraq and focused on countering global terrorism. This is a fine idea. Asians have felt ignored by the U.S. for years. But the new policies seem less about Asia than the encirclement of China. Taken together, they look like a new version of the old “containment” policy Washington deployed during the Cold War against the Soviet Union.

For starters, someone in Washington should take the trouble to explain what use 2,500 Marines will have in Darwin, a remote port along Australia’s northern coast. What imaginable purpose could such a contingent serve in what imaginable conflict anywhere in the Asia–Pacific region? There are already 17,000 Marines based in Okinawa for nobody knows quite what reason.

Predictably enough, Beijing reacted negatively to the thought of more U.S. troops on the Asian end of the Pacific. “It may not be quite appropriate to intensify and expand military alliances and may not be in the interest of countries within the region,” Liu Weimin, a foreign ministry spokesman, said after Obama’s announcement in Australia. That is a courteous Chinese way of saying: “You’re on the wrong page.”

The trade partnership falls into to the same category. At the moment, the TPP has but nine members, all of them small apart from the U.S. Washington’s idea is to expand the group to create a Pacific-wide free-trade zone with a set of open-market rules to which all members must conform. The notable aspect of the enhanced TPP is that it would exclude China because of the state’s role in the economy and Beijing’s ever-controversial policies toward the yuan, its currency.

Officials and think-tank inhabitants in Washington consider Obama’s new Asian initiatives right on the mark. Several weeks ago, Secretary of State Hillary Clinton declared in Foreign Policy magazine that this is to be “America’s Pacific Century.” The Center for Strategic and International Studies, an influential Washington research institute, followed with this thought: “If the United States were absent, it would send dangerous signals to countries who might interpret it as a vacuum forming in the region and move to fill that vacuum.”

There is little question that many Asian nations welcome the thought of a new American engagement on their side of the Pacific. None, however, wants this to lead to a new round of superpower rivalry, either militarily or economically.

On the military side, Washington has simply failed so far to outgrow the Cold War framework through which it viewed the region for five decades. True enough, China’s military is growing; earlier this year it launched its first aircraft carrier. But it has sent no signal whatsoever that this expansion is anything more than an effort to make its armed forces commensurate with its growing economic interests. The U.S. did precisely the same thing a century ago when it arrived as a global economic power.

As to the thought of countering China’s economic clout in the region, the truth is that this battle is already lost. What China is effectively developing in East Asia is a new version of the tributary system that endured until the end of the 19th century—this time based not on tribute but on trade and investment.

“We can now talk about a ‘Chinese cultural zone,’” Jitsuro Terashima, chairman of the Japan Research Institute, said at a recent conference in Seoul. “The industrial linkages are dense. China has a strong network established in the region as a kind of base camp for its growth. This is the secret of China’s success.”

There is no countering this kind of leverage with trade pacts based on America’s free-market version of capitalism. To take Japan as an example, its trade with the U.S. has dropped by a third in the past 20 years, while its trade with “greater China”—the mainland, Taiwan, and Southeast Asia—has increased by 25 percent.

In essence, East Asia is asking the U.S. to accept a distinction that has never before been made. Washington is a Pacific power, but it is not an Asian power. The talk in Asia these days is not of trade pacts with the U.S.—which many countries fear would favor the U.S. unfairly—but of an East Asian economic community modeled loosely on the European Community (minus the mess the E.U. now finds itself in).

Inevitably, this spells relative decline for the U.S. in the Asian region. But relative decline does not mean absolute decline; nor does it mean Americans have to lose out in a region undergoing a phase of explosive growth: They can partake of the gains along with everyone else.

But trying to counterbalance China with symbolic military installations and ambitious trade pacts intended is not the way to achieve this goal. Substituting 21st century cooperation for 20th century competition and rivalry is the way forward in the East.

← U.S. China Policy: A Snake with Three Heads
Save the Euro! The Risky Option that Could Work →