ALL BUT ONE of the books on this page were published under the name Patrick Smith. I can make them available directly to any reader who writes via e-mail or the postal address provided on the Contact page. These I can autograph. Unless otherwise noted, books can also be purchased via the Amazon link on this page. 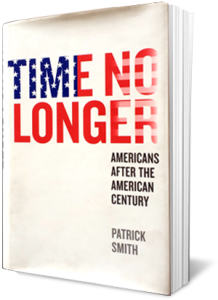 Time No Longer: Americans After the American Century. Yale, 2013.

I had long suspected that my true subject was my own country, and by the time I started on this book, my most recent, it was a certainty. One learns about oneself, ultimately, by going to and fro among others. I drew on the scholars for this, as I had learned to do when writing earlier books, and concluded that Americans are suspended between mythical and historical accounts of themselves. This must now be resolved—the task of our moment. Our “American century” is over—an excellent thing, as I see it—and we must dispose of the myths that have led us astray so often. We can do this by dropping “destiny” and taking up “purpose”—a distinction Herbert Croly taught me to draw. Decline awaits us only if we choose it. In this book I began to encourage readers: Discover the optimism within the apparent pessimism, and do not confuse the two.

The Globalist ranked Time No Longer among its Top 10 Books for 2013, and it won honorable mention in the nonfiction category at the Los Angeles Book Festival in Spring 2014. 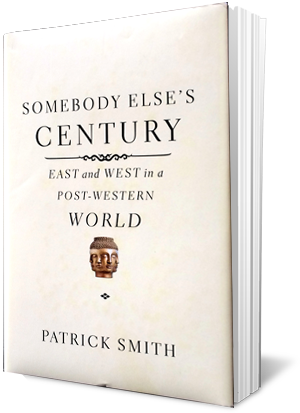 Somebody Else’s Century: East and West in a Post-Western World. Pantheon, 2010.

Thirty years of living in, reporting on, and thinking and reading about Asia and its people went into this one. I drew three irreducible questions from these years and traveled extensively in China, India, and Japan to attempt answers: questions of identity, of history and memory, of aspiration, of “the imaginary line that separates East from West,” as Herodotus put it 2,500 years ago. I cannot summarize the book further very easily. It seems in hindsight an attempt to introduce American readers to the 21st century. Asia gave me a second pair of eyes. I have put them to use in this book and all I have attempted since. 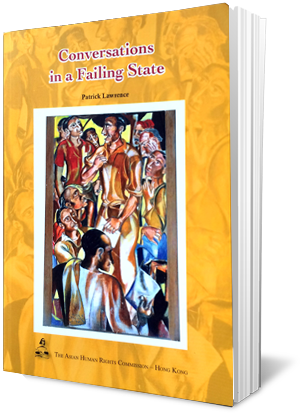 This book, bylined Patrick Lawrence, was a labor of conscience and, by the time I finished it, maybe of love. In 2007, a human-rights commission in Hong Kong, AHRC, named me senior rapporteur and sent me to Sri Lanka to describe what anyone who has looked closely must consider one of modernizing Asia’s great tragedies. I aspired to that remarkably detached eye Naipaul brought to his nonfiction. I studied the war, which still raged, only peripherally. My subject was the human and institutional failures that turned Asia’s single most promising nation at the moment of independence into an island watered by rivers of tears.

The book is a rarity, and the production values not the best, but I have a few copies available should any reader be interested. 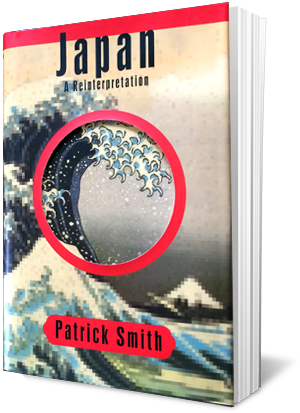 This book I wrote after a tour as the International Herald Tribune’s Tokyo bureau chief, when I also wrote “Letter from Tokyo” for The New Yorker. I had served during a special time: The Japanese had embarked on a great act of becoming. Yet writing on Japan, scholarly and otherwise, was encrusted with stale, misleading Cold War thinking, and my ambition was to break open the shell. It is the book of a correspondent, certainly, but also an important personal passage as I made my way to writing (which journalism is not, in my view).

Reinterpretation was reviewed widely, won two prizes, was named a Times Notable Book, and remains in print. The best critical notice I have ever had—for any book—came from a Japanese reviewer: “He told me what I think before I knew I thought it.” 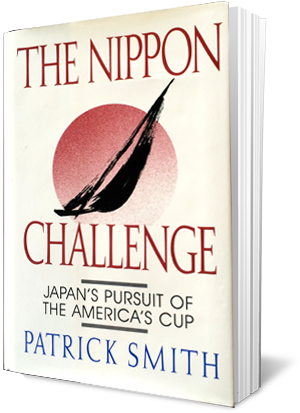 This is a close-in account of Japan’s maiden entry into the America’s Cup sailing competition. I called it “sailing as metaphor” while I was writing it, intending it to be a split-second snapshot of the Japanese in the late-1980s and early 1990s, when they were shaking loose of the past and attempting a kind of reinvention. Some Japanists liked it, and some sailors. It is, truth in labeling, a writer’s first book.