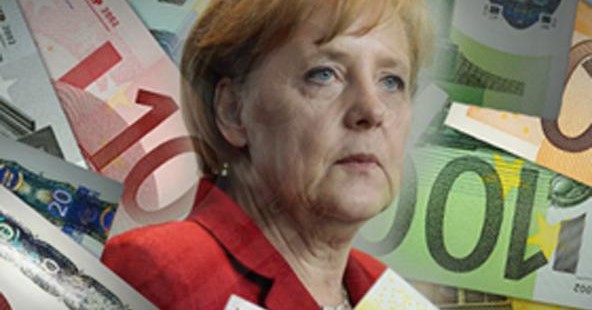 Save the Euro! The Risky Option that Could Work

Last week was miserable for those hoping the eurozone holds together and its 17 members remain part of the world’s first common-currency union. The bad news kept coming straight through Thanksgiving. But does it all add up to the collapse of the currency and the inevitable mayhem that would follow in the financial markets? I stand with German Chancellor Angela Merkel on the question: That will never happen.

Let’s not underestimate the week’s events. On Wednesday Germany auctioned €6 billion in 10-year bonds and found no takers for a third of the offering. To many, this suggested that the euro crisis had spread to the most stable economy in the euro zone.

Many money-center banks are now drawing up
contingency plans in case the
eurozone comes apart.

On Thursday the credit-rating agencies downgraded Portugal and Hungary to junk status. The next day, Standard & Poor’s dropped Belgian debt from AA+ to AA. France, meantime, has been warned that its AAA rating may be in jeopardy. Also on Friday, Italy paid 6.5 percent for a new issue of six-month bills. That is three percentage points higher than it paid a month ago and the highest rate it has paid in 14 years.

There is not much to smile about in any of this. Many money-center banks are now drawing up contingency plans in case the eurozone comes apart. “Any break-up or withdrawal from the [euro zone] would unlikely be orderly,” two strategists at BofA  Merrill Lynch wrote in a commentary. “There would be large shocks to all currencies involved.”

But the markets are getting carried away this time, as they often do in hard-to-read situations. The results of the German auction reflect the prevailing view of euro-denominated debt, not of Germany. And the credit downgrades were no surprise to anyone who has been paying attention.

Now let’s consider a few things on the positive side of the ledger. What last week may truly have signaled was the start of serious and swift action in the E.U. “The German auction tells us the crisis has spread to the core,” says Marshall Auerback, a strategist at Madison Street Partners in Denver. “The irony of this is that you’ll now start to see more substantial moves.”

Last week, indeed, Brussels put out a plan that would give it more authority over the national budgets of eurozone governments. According to the Financial Times, it would be authorized to send inspectors whenever it determined a country was in serious difficulty. This is a sensitive issue by way of the sovereignty questions it raises, but it is a move toward just the kind of greater integration the European Union needs. “It’s now pretty clear that some countries are going to have give up more of their sovereignty than they already have,” Auerback says.

Equally, the European Commission released a report last week proposing the issue of eurobonds—a hot-button issue for some time, given that healthier economies do not want to be seen bailing out their weaker neighbors. But again, the question is the E.U.’s unity and interdependence, and with this in view, commonly issued bonds are a politically sensible step in the right direction.

When the time comes, the E.C.B. will engage in
the kind of quantitative easing the U.S.
Federal Reserve has resorted to.

Much now hinges on the European Central Bank, which has so far purchased modest amounts of debt from troubled Mediterranean economies but remained steadfast in its refusal to entertain bond issues of nations with plainly unmanageable debt loads. One stumbling block is Chancellor Merkel, who has so far opposed any larger role for the E.C.B. and the issuance of common E.U. bonds. Plus the bank’s charter makes clear that its primary role is to maintain price stability, and printing money – if one assumes an inflationary result — is effectively off limits.

But the latest thinking in Europe is that Merkel is becoming increasing isolated on the E.C.B. question and that the bank itself is simply applying maximum pressure to European politicians in charge of structuring and implementing austerity measures. When the time comes, this argument runs, the E.C.B. will engage in just the kind of quantitative easing the U.S. Federal Reserve has resorted to. In short, it will start printing money because there is no threat of inflation in the current European environment.

Over the weekend, eurozone leaders began talking about instituting strict new budget rules among themselves outside the E.U. framework, a move that would obviate the need for lengthy negotiations on a new treaty. France, Germany, and Italy are already prepared to agree on such rules.

Just which of these solutions will emerge as the one the E.U. chooses remains to be seen. And some commentators now say there are only a few days left to act. But it is plain enough already that the E.U. is not going to let its currency fade into history without a fight. And the likelihood at this point, grim news or not, is that the Europeans will win.