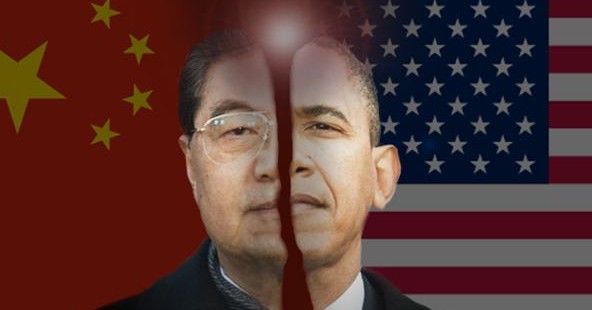 It’s dismaying to consider that the world’s largest economy may not know what it’s doing when faced with the planet’s No. 2 economy (and one of the fastest growing). But three of Washington’s most recent moves toward mainland China—the security pact with Australia, a compromise defense deal with Taiwan, and the threat of retaliatory tariffs on Chinese imports—suggest that this may be the case. Are we trying to smoothrelations with Beijing and exit a long era of mutual suspicion? Or is China our latest scapegoat, the Japan of the early 21st century?

With President Obama just agreeing to an expanded military presence in Australia, much to the dismay of Beijing, a fair question is: What exactly is U.S. policy toward China? A better one might be: Does Washington actually have a China policy?

The Obama administration’s decision to deny Taiwan a big new arms agreementsuggested that the U.S. is finally learning that Beijing and Taipei can manage relations across the Taiwan Strait by themselves. It looked for a minute as if Washington was beginning to understand that U.S.–China relations have entered a productive period of close interdependence, mutual regard, and a new balance in cross-Pacific ties.

But almost as soon as the administration made this sensible judgment, the Senate decided that it was time to have yet another antagonistic run at the Chinese for manipulating their currency to enhance exports. China isn’t even named in the bill that would impose retaliatory tariffs on countries that keep their currencies artificially low, but the bill is all about the undervalued yuan, and pre-election politics on our side of the ocean.

These two decisions, one following the other by less than 10 days, had nothing to do with one another except that they both will affect our ties with Beijing. And that is precisely the point. You can’t blame the Chinese for concluding that the U.S. simply does not have a coordinated policy toward the mainland. The State Department and the Pentagon do one thing and the Senate another, and who cares if they are in direct conflict as far as advancing healthy cross-Pacific relations with our largest trading partner (and creditor)?

And in Australia yesterday, the AP said, “the president sidestepped questions about whether the security agreement was aimed at containing China. But he said the U.S. would keep sending a clear message that China needs to accept the responsibilities that come with being a world power. …And he insisted that the U.S is not fearful of China’s rise.”

That must have further wrenched many necks in Beijing.

In the case of the Taiwan arms deal, Taipei wanted to buy a fleet of 66 top-of-the-line fighter jets from Lockheed Martin. The administration instead decided to upgrade the earlier-generation Lockheeds (146 of them) that Taiwan already has in its arsenal. That deal alone is worth nearly $6 billion.

This was astute for several reasons. It signaled to Beijing a respect for its policy toward Taiwan, which it considers a breakaway province, while observing the Taiwan Relations Act, a Cold War relic that obliges the U.S. to defend the island against aggression from the mainland. Equally, the decision will do no harm to the growing economic ties that Beijing and Taipei are using to warm relations between them.

Chinese officials grumbled at the U.S. announcement, but it was ritualistic—and intended to be read as such. “China firmly opposes U.S. arms sales to Taiwan,” was all the foreign ministry in Beijing had to say. Plainly, the Obama administration hit the bull’s eye with the upgrade-but-no-sale policy, and it was a tricky bit of navigation.

Then along comes the Senate and its bill to impose currency-related tariffs clearly aimed at China. This idea has managed to inflame the Chinese: The foreign ministry is suddenly talking about the potential for a “trade war.” Before the Senate vote on October 11, Fed Chairman Ben Bernanke piled on in testimony before a congressional committee. “Our concern is that the Chinese currency policy might be blocking a more normal recovery,” he said. “It is to some extent hurting the recovery.”

Wait a minute. To what extent would that be? What it looks like is that in the run-up to next year’s presidential election, the administration and its allies on Capitol Hill—it’s the Democrat-controlled Senate that is pushing the tariff idea—are getting ready to spread the blame to China for the inevitable criticism the Obama campaign will take for the weak U.S. economy.

There are a couple of things wrong with this tactic. For one thing, the Chinese yuan has appreciated slowly but without serious interruption since July 2010. It now costs 6.34 yuan to buy a dollar; a year and a half ago it cost nearly 6.8 yuan.

All right, a 6 percent to 7 percent appreciation is nothing to write to mother about; more is needed. But clearly, Beijing made a policy decision in mid–2010, and this is reason No. 1 for not threatening retaliatory measures now. It is not the time to provoke Chinese ire: The markets expect continuing improvement.

Reason No. 2 is that we’ve been down this road before. Remember the Plaza Accord in 1985, after which the Japanese yen doubled in value against the greenback? Then what happened? Japan went on a politically touchy buying spree abroad, and the U.S. trade deficit went from $46 billion in 1985 to $56 billion two years later. (It’s now steady at about $60 billion a year. Fat lot of good the Plaza Accord did.)

Reason No. 3 is that a more expensive yuan will mean more expensive Chinese goods on American shelves. And we do not want an inflation fight on our hands right now, considering the overall weakness of the economy and, in particular, the anemic growth in U.S. jobs.

In effect, the bill the Senate passed after hasty debate would export one problem, a political tangle over the economy next year, and import another, higher prices on Chinese goods coming into the U.S. market.

Washington needs to get its act together, develop a coherent approach to China, and stop looking for someone else to blame for our economic woes. China will not be as graceful in such matters as Japan was a quarter-century ago. Beijing has already made this clear: It dropped the value of the yuan immediately after the Senate vote.