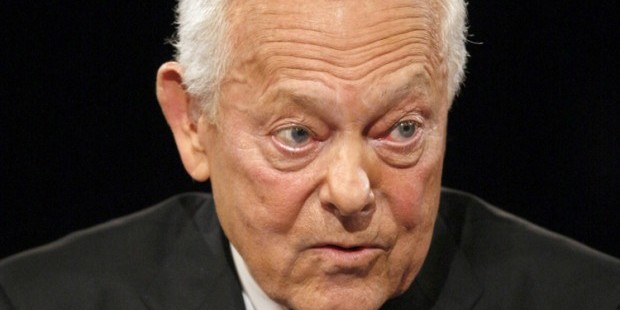 There is no terrorist threat: The feds want you to think there is, compliant media goes along

Summertime, and the chicanery is easy. The Obama administration’s latest rendering of our invisible but eternal “terrorist threat,” I mean.

After a week of ghost stories about an imminent but vaporous plot on the part of an al-Qaida “affiliate” — this is the big new word — it is hard to decide which is more disheartening: 1) The White House’s blithe if clumsy deployment of factoids, 2) the supine complicity of the media (and this, frankly, is my choice), or 3) the willingness of honorable liberals and capital-D Democrats to go along with the show simply because Obama is maestro and one stays with Obama no matter what he does.

Nothing can be said for certain as to what prompted the State Department to close more than 20 embassies and consulates in the Middle East and North Africa last Sunday, and this is by design. But it is no excuse not to raise the possibility that Americans are eating a summer salad of nonsense served to justify objectionable surveillance practices now coming in for scrutiny.

This prospect seems so self-evident that one feels almost silly raising it, except that so few have. Let us insert it into the conversation. To me, the silence among our newspapers and broadcasters on this point confirms only how dangerously circumscribed American political discourse has become. It is all text and subtext now, and the subtext, by definition, is known but never allowed to pierce the surface of silence.

Washington has been erecting a quite warped worldview atop the terror narrative since 2001, if there is anyone left who has not noticed. Our once-promising president has signed on, and plenty of people seem intent on not noticing this. But flinching is of no use. It is imperative that this nation come to clear, proper terms with the question of terror. Reversion to the paranoid style, a habit that dates to America’s founding, is already producing damaging consequences.

Now that we are onto history and the purposeful production of paranoia, let us revisit the late winter of 1947 — March 12, to be exact. That is the day Harry Truman began the Cold War, by the reckoning of many (not all) scholars. Truman wanted to send $400 million to the Greek monarchy to suppress a popular, mixed-bag rebellion. But would a stingy, isolationist Congress buy into this momentous move? The American public was in no mood, either. (In the bargain, the monarchy in Athens was crypto-fascist even by the accounts of State Department diplomats.)

Truman found a friend in the chairman of the Senate Foreign Relations Committee, Republican Arthur Vandenberg, who delivered a line long famous among Cold War historians. Come to the Hill, Vandenberg urged. “Make a personal appearance before Congress and scare the hell out of the American people.” Truman did, Congress clapped, the Greeks got the military aid, and Americans got desirably scared. So ensued the wastage of the next 42 years.

Always useful to revisit the past. In this case, one can decently suggest what I will now: It is more plausible to look upon the embassy closures and the official accounts thereof as political theater and insulting, cynical manipulation than it is to accept them at face value.

The Cold War was a dread, if we ever get around to looking at it squarely. And we are at it again, the nation that seems to know itself only by way of a constant enemy. It is so uncannily the same: another gross corruption of democratic principle even as we have not recovered from the last one, another squandering of our time as the world moves on.

There is a chronology to consider, and it has the virtue of being factually so, however material it may prove. I put the start of recent events back to last May, when Obama spoke at the National Defense University. His topic was the “war on terror,” and the piece was stirring — bold, new, encouraging. “This war, like other wars, must end,” Obama said. “That is what history advises. That is what our democracy demands.” As to al-Qaida, he had decapitated it, the president said proudly, and the group was “on the run.”

In my interpretation, this was too much for the defense and intelligence establishments. And it shortly became more than too much when Edward Snowden, the National Security Agency contractor, began releasing the documents he had lifted to expose the NSA’s excesses. There followed the unwelcome light that now shines on the constitutionality of surveillance laws passed in the years after the attacks of 2001.

Now we find that al-Qaida was not on the run after all. It has fragmented, and this is where all the “affiliates” come in. There are said to be enough affiliates to keep the NSA supplied for years. In this case, intelligence picked up a telephone conversation (those incautious Islamists) between a powerful giver of orders in Pakistan — from the decapitated, fragmented al-Qaida — and an underling in an affiliate in Yemen. The alleged command was to attack.

The rest is smoke. No what, no when, no where.

So many curiosities come with this narrative. Although an attack was “imminent” and its likelihood “extreme,” and although 20-odd diplomatic stations had to shut, we here in America did not have to do anything. Why was this? It is a legitimate question. It reminds me of George W. Bush after the Sept. 11 tragedy: We are at war. Now get out there and shop.

Among my favorite moments was one last Sunday on “Face the Nation,” the CBS interview show. It was shortly after the “threat” announcement, and Bob Schieffer was talking to Michael McCaul, the Texas Republican and chairman of the House Homeland Security Committee. Schieffer lobbed a softball as to a connection between the intercepts revealing a threat of attack and the NSA’s constitutional travails post-Snowden. “I perceive the attack as very imminent,” McCaul intoned. And then this: “Of course, when you let them know you know, they often back down.”

The fun hardly starts and they are getting us ready for nothing to happen. Go figure, as we used to say.

Credit to Schieffer for even raising the issue. His query was so twisty you could hardly understand it, but since that early moment in the drama the question itself has been banned. We have had instead an astonishing display of patriotic guile in the media. The New York Times acknowledged that it had consulted Washington before printing the reporting its correspondents filed — and then withheld some. It is a disgraceful practice extending back at least to the WikiLeaks sensation of late 2010, when the Times brought a long checklist to Washington and in many cases accepted administration advice. As the crafters of newsmagazine clichés say, “It wasn’t supposed to be this way.”

The latest chapter in the story came just the other day, when Yemen announced it had apprehended a terrorist plot right after Washington ordered its embassy closed. A stunt, the State Department scoffed. The proper perspective on this is simply that it takes one to know one. Our terrorist threat is better than Yemen’s terrorist threat, so do not upstage our terrorist threat.

There is a larger, more disturbing prospect before us now. I wept when Obama was first elected, and I will never cease respecting the man I take him to be. But in office he has given voters a few too many letdowns and too many allowances to the defense and intelligence bureaucracies. America’s political crisis cannot be personalized, and neither can its solution; it was and remains systemic. George W. Bush was not the problem in the years following 2001. Just so, time to recognize Obama is not the solution.

Among the many liberals defending Obama over the past few days has been Karen Finney, one of MSNBC’s presenters. On Al Sharpton’s show at midweek, she fought the corner against Republican barrages by arguing that the president had proven himself plenty tough. “This is the new reality,” she said of the never-ending fight for truth and the American way.

You cannot agree. It is not new, and it is not reality. Terror is politics now, and politics is spectacle.

← Why the U.S. Is Crashing in the Middle East
Obama’s Putin Policy: Flinch and Retreat →