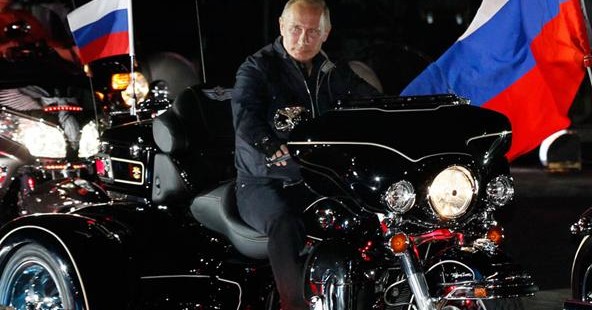 Washington and Moscow have a lot to talk about, but President Obama canceled the scheduled one-on-one meeting with President Vladimir Putin next month, as the two had planned.

The Syrian crisis, a multitude of questions concerning Iran, nuclear arms reductions, missile defense, and, of course, Edward Snowden’s Russian visa add up to a daunting agenda. With so much on the table, it is obvious that the private meeting scheduled to coincide with the Group of 20session Putin will host in early September could not take place.

The president and his administration have just made a big (yes, another) foreign policy blunder. Even if it were all about imagery and the manipulation of public perceptions—as so much is these days—stepping out of the ring so close to the bell’s clang is not an effective move. Obama should have put on one of those tight-lipped looks of determination our leaders favor and said, “Mr. Putin, I am coming. And we are going to talk.”

Late in the weekend, to be fair, Dmitri Simes, the noted Russian intellectual, suggested that Obama may meet Putin at the G-20 conference—not exactly an intimate exchange of ideas, but some kind of accidentally on purpose arrangement.

Obama was right toward the end of his first term when he declared his ambition to “reset” relations with Russia. The need was evident. The fetid air of decades of Cold War had not (and has not) cleared. Obama wanted the endeavor to stand among his great legacies-to-be. And had he pulled it off it would have been.

We have just witnessed the death of “reset with Russia.” It takes its place in the cold earth next to “pivot to Asia,” which turned out to be stillborn. Resets and pivots and the like serve a purpose. They are intended to convey the impression of a grand and coherent narrative, a focused nation still in charge. But they are coming to suggest the opposite—that Washington is making it up as it goes along because there is no narrative, because America is floundering in the 21st century, and it cannot afford to do that.

Putin is a tough s.o.b., no question. As a statesman he can eat counterparts alive. Remember when George W. Bush returned from Moscow after his first summit? All he managed to mumble was that he had gazed into the Russian’s eyes and seen his soul and it looked O.K. in there. It was a variant of the same when Obama met Putin at the Group of 8 session in Northern Ireland a couple of months ago. One saw an uncertain welterweight bobbing around a heavyweight who knows precisely what he wants.
Here’s what Putin wants.

Putin backs the Assad regime in Syria for numerous reasons, one being he does not like the thought of another Islamist government in power nearby. Given the chaos among Assad’s adversaries that may not be as dumb and inhumane as it sounds, at least as a near-term proposition. Russia has a different and much denser relationship with Iran that the U.S. has, and this is simply history and geography.

At the moment, Putin wants the Iranians to take part in any conference to be held on the Syria question. Given Tehran’s role in propping up Assad and its emergence as a regional power, there is more sense to this than there is in Washington’s refusal to include Iran at Geneva.

The security question is covered by the New START Treaty both sides signed in 2011. Obama’s emissaries handed Putin a letter last April outlining Washington’s thoughts on where negotiations ought to go next. Putin’s response was instant: He invited Obama to a summit before the U.S. diplomats left Moscow. He proposed scheduling alongside the G-20 gathering in just a few months’ time. The traveling envoys went home calling this result a positive outcome.

Where in any of this is there cause for canceling that very summit? Even relatively minor issues—spats about human rights violators and cross-border adoptions—beg negotiation at his point. Obama’s aides now complain that “there wasn’t an agenda that was ripe,” and that “we just didn’t get traction with the Russians,” and “they were not prepared to engage seriously.”

Very spongy stuff. It is rubbish, really. The only solution in Syria will come across a mahogany table, and the movie casting Iran as a “rogue state” has not been playing well for years. On the security side, the line from the White House now is that Obama never got an answer to his April letter. Pardon, but an invitation to meet and talk is about as good as these kinds of responses get. There are two ways to consider Obama’s retreat—which is what it is—in the face of the Hefty Russian. One is small and immediate, the other large and lasting.

There was no thought or mention of canceling the summit until Edward Snowden, the errant intelligence contractor who has been spraying secrets like water from a hose, got asylum in Russia a few weeks ago. The White House is simply too embarrassed to acknowledge that the president is sulking about Putin’s “slap in the face to all Americans,”as Senator John McCain put it. So the summit plans are scotched and this is explained with all manner of sophisticated-sounding policy judgments that would be wrong even if they were real. Like it or not, Snowden’s visa is legal by international law. Putin’s “slap,” and it was one, was to suggest that justice may not always be available in this country.

The larger matter at work concerns what the Russian leader most deeply wants. He wants to retrieve Russia’s great-power status. He wants an equal relationship with America. There are no tea leaves to read. Thoughtful Russians say this all the time. One of Obama’s themes over the past few days has been that Putin is still stuck in the Cold War. Wrong again. The Cold War crushed Russia, and it is Putin who wants to get beyond it. The truth is that neither side has managed this project so far. If Senator McCain is not an unreconstructed Cold warrior, and Cold War politics did not inform Obama’s decision, then truly I do not understand.

Putin’s ambition has just crystalized the most comprehensive challenge Washington now faces. It is the challenge of living in a world of multiple poles. Russia has for centuries been understood as the very emblem of non-Western power. (Our term “the West” was coined in response to the czarist rise.) And it is the accumulation of power among non-Western nations that America will have to face if it is to thrive in the 21st century.

Flinching and retreating of the sort we have just watched, and then making up excuses for it, will cost us dearly. The task is to advance, even though the ground is unfamiliar, and some tough customers inhabit it.

Readers who grasp the logic of the Obama administration’s decision a few days ago to cancel some greatly needed face time with the Hefty Russian are invited to share their insight by commenting below.

← There is no terrorist threat: The feds want you to think there is, compliant media goes along
New York Times: Complicit in the destruction of Egyptian democracy →