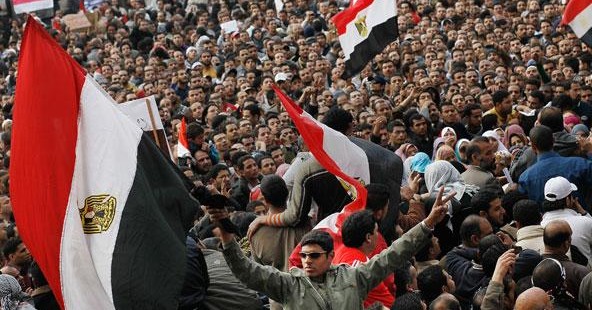 Why the U.S. Is Crashing in the Middle East

Is it too soon to suggest that the Obama administration’s Middle East policy is collapsing? An unusual spurt of news from across the region points to failed US policies: (1) The U.S. has been outpaced in the region since the Arab Spring in 2011; (2) Washington has offered no innovative ideas to the Arab world; (3) President Obama and Secretary of State John Kerry are in over their heads as statesmen.

There are four hot zones in the Middle East, if you look out from a White House window. Egypt, Israel, Iran, and Syria are the front-edge challenges for Obama and his policy planners and diplomats. And all of them are suddenly kinetic, some bursting their boundaries daily. Journalists are warned away from the word “unprecedented” (practically everything has a precedent somewhere), but the velocity events in the Middle East tempts use of the term. In truth, it would daunt even those gifted at statecraft, and neither Obama nor Kerry (for all his polish) stands in that group.

A year into Obama’s second term, the record lies between discouraging and bleak. I count one train wreck already smoldering, two accidents waiting to happen, and one opportunity, providing people in the Obama administration are smart enough to understand it and work with it, and that is an outstanding question to put it as kindly as one can. In the end, all of these issues are inter-related, but to take them one at a time:
EGYPT . Obama got off to an unintelligent start with Mohamed Morsi, Egypt’s president until the military coup (euphemisms are banned in this column) that toppled him on July 3, and things have worsened. He should have brought Egypt’s first duly elected leader into the tent instead of pointedly stiffing him as he did. There is evidence that Washington approved the coup, which would be bad enough. A few days ago, Kerry came out with the blundering statement that the military was actually “restoring democracy” when it ousted Morsi.

The U.S. is now in a deeper hole in Egypt than it was when it supported Sadat and Mubarak, the two dictators who wasted 30 years of Egyptians’ time between them. “The military was asked to intervene by millions and millions of people,” Kerry said. It is preposterous, this kind of talk. Morsi was elected by millions and millions more people, of course, and in polling booths, not in the streets. Washington is now in the position of openly supporting the army coup’s leader, Abdul-Fattah el-Sisi, who already looks disturbingly like a strongman-in-waiting.

ISRAEL . Kerry has labored all year to bring Israel and the Palestinians (well, some Palestinians) back to the negotiating table for the first time since 2010. A nine-month round of talks is to begin within the next 10 days, the intent being to try once again for a comprehensive settlement based on the so-called two-state solution. There are problems, however—two familiar and one new (and very worrying).

The old familiars are Israel’s insistence on building illegal settlements in the West Bank and the problem of the 1967 borders (those that held before the 1967 war and which remain internationally recognized). Israeli Prime Minister Benjamin Netanyahu has signaled plainly and often he wants nothing to do with these borders, even though they stand officially as the reference point during talks. The only trade-off Kerry has for Mahmoud Abbas, the not-very-popular and not-very elected head of the Palestinian Authority, is $4 billion in private-sector aid. That comes closer to a bribe than it does to statecraft.

It is not going to work, this umpteenth go-around. Netanyahu has already been exposed in the Israeli press—the conservative Maariv daily—as having just made a secret pledge to build hundreds of new houses for Israeli settlers in the West Bank while—yes, while—the negotiations proceed. The reported deal is with coalition partners who oppose any talks with the Palestinians. This is how Netanyahu sabotaged the Oslo talks after he was first elected a dozen years ago.

For Washington, there is something even more worrisome than another failed negotiation. It is the perception now taking root in the Arab world as to U.S. aims in Egypt and the broader Middle East. It is well enough known that the U.S. and Washington depend on the Egyptian army to suppress militant Islamic groups in the Sinai Peninsula. Arab commentators now assert Washington urged el-Sisi to depose Morsi (who is Islamic and automatically a worry for Israel) in order to re-empower the army and clear the way for Israel to enter new talks with the Palestinians.

Diplomats always weave tangled webs, and given what we are learning about the extent of Washington’s secrets, we may never know much about the Obama administration’s diplomatic doings. But a question now hangs in the air, and it is frightening even that it is asked: Does U.S. support for Israel mean that Washington cannot tolerate the emergence of democracies in the Middle East? In other words, is Washington actually on the wrong side of the Arab Spring (and therefore history)?

SYRIA . Arming the adversaries of President Bashar al-Assad to force Assad into talks was never a sound strategy, as this column has previously argued. This policy is now self-destructing. Last week the leader of the Syrian National Coalition, a group all of nine months old, reiterated a founding principle of “not engaging in any dialogue or negotiations with the regime.” It is not a workable starting point. Another problem: the SNC (recognized by the US) does not enjoy much support among Syrians. As with Abbas in the West Bank, the proposition seems to be to make friends with someone who does not matter much.

IRAN . In the same week, Iranians inaugurated a new, moderate president whose message is, “Let’s talk,” and the US House passed a bill providing for a significant tightening in already-crippling sanctions against Iran. Hassan Rouhani represents the best chance Washington has had for a bilateral breakthrough in almost a decade. Nobody seems to be able to stop our congressmen from ill-considered grandstanding, but Obama should have been out on the White House portico shouting these people down to reassure Tehran that we can deal. Instead he seems to have taken political cover. Blowing this one will amount to a tragedy.

There are two transitions desperately needed in the Middle East. One is in the region itself: Arab nations (and Iran) have begun the long, hard walk toward representative government of their own choosing. Long term, history is at the backs of these countries, and they will get it done.

The other transition needs to take place in Washington, and it is not proceeding. This administration has landed in a complex passage in history, but it is flinching instead of acting, longing for the past instead of looking forward. State Department handoutspreach angelically of “aligning our interests and values” with those of Middle Eastern peoples. Can Washington not grasp that this is not the game plan? Islamic nations are going to elect Islamic leaders when they are allowed to elect anybody. The US does not seem to have gotten even this far.

← Snowden, Manning: The face of patriotism
There is no terrorist threat: The feds want you to think there is, compliant media goes along →