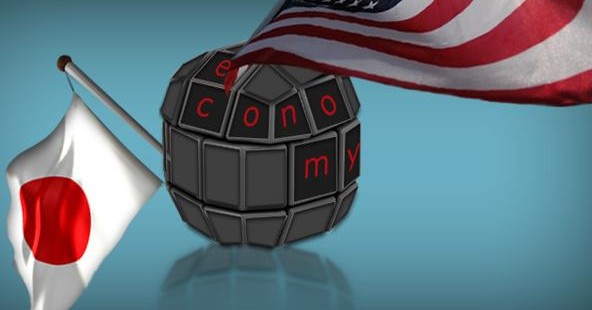 Why America Isn’t Headed for a ‘Lost Decade’

You have a country with a banking crisis that spreads to the financial markets. Then a puffy bubble in the real estate market pops. After that, there’s a persistent overhang of private-sector debt, and everyone starts deleveraging. This last renders most policies the central bank applies modestly effective at best, and a sharp recession starts to look like a prolonged agony—perhaps a long dip in the pond of deflation. Finally, there’s a political piece: The government and the policy planners are tied up in knots and cannot seem to do much to remedy things.

That sounds like the U.S. right about now. But go back 20 years and you realize, “No, that’s Japan onward from the collapse of its famous bubble in 1990.” The similarity is why there’s been such persistent talk about America being fairly near the front end of its very own “lost decade.”

The theory is as tempting as it is frightening. Paul Sheard, an astute economics commentator at Nomura Securities in New York, acknowledged the similarities in a recent market report. In the U.S. as in Japan, private-sector balance sheets are beset with debt, he writes, and unwinding it “stymies the effectiveness of monetary policy and keeps growth muted for a long time.” (It sounds like a lost-decade scenario so far.)

“In such circumstances,” he continues, “monetary policy is likely to end up operating at the zero bound, or in quantitative easing territory, and low real growth and below-target inflation are likely to lead to at least periods of inordinately low long-term interest rates.” And finally, there is this from Sheard: “The U.S. is like Japan in that, in such circumstances, government deficits rise and government debt starts to pile up as tax revenues fall or stagnate and government expenditures and transfer payments rise.”

There are a few other things to worry about as we consider this scary comparison:

All this said, will history repeat itself as these comparisons suggest? Is America headed like a train with no brakes toward a prolonged period of deflation? Step back for a moment, and there are as many differences between post-bubble Japan and the U.S. as there are similarities. In the end, the comparison tells us little about what is to come in the U.S. economy. That is up to us and our legislators.

For one thing, Washington was far faster in recognizing the extent of the crisis two years ago than Japan was 18 years before that. Hanging in the balance now is whether the U.S. can get beyond its ideological spats fast enough to relieve a bad situation that seems for the moment to be heading for worse if U.S. policy makers aren’t mindful of the risks of delay and dithering. Republicans were lukewarm toward President Obama’s recent jobs initiative, but it was a step in the right direction.

For another, Japan was (and remains) far more dependent on its export sector than the U.S. This cuts two ways. Exports into stronger Western economies back in the 1990s were one reason Japan didn’t go through the floor entirely. But the U.S. has more autonomy in fashioning recovery policies that rest on stimulus at home, however one thinks stimulus is achieved. And consider what kind of trouble Americans would be in now if they were as dependent as the Japanese on exports to, say, European markets.

Finally, the U.S. is nowhere near as bad off as Japan in terms of deflation. The Japanese economy, as measured by prices, has lost 17 percent of its air in the last 15 years; in the U.S. this measure (known as the GDP deflator) has gained 42 percent in the same period.

All that is not to say dry land lies just ahead of us. It depends on what Washington does now and in the very near future. “Politics may make it more likely that the U.S. follows Japan in putting the fiscal brakes on the economy too early,” Sheard concluded in his recent commentary, “but that alone is unlikely to put the U.S. on a Japan-style deflationary path.” Let’s hope not.

← Euro Crisis: How to Stop the Contagion
Behind Apple’s iPollution Problem in China →