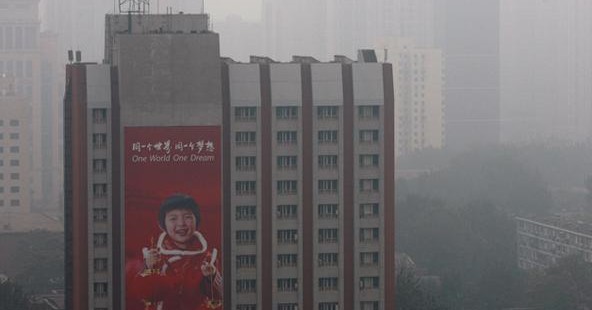 Behind Apple’s iPollution Problem in China

You could hardly ask for a company with a cleaner image and more conscientious corporate culture than Apple. But now the maker of the iPhone, iPad, and all the other “i’s” seems to be in hot water over pollution allegedly discharged by more than 20 of its subcontractors in seven Chinese industrial cities. Those gleaming white machines at the Apple Store may well come from factories spread across the mainland that discharge everything from heavy metals and toxic gases to PCBs into lakes, streams, soil, and the atmosphere.

Apple’s immediate reaction was to point out that it has audited nearly 300 of its suppliersin the past four years. It is now said to be in talks with its main critic in China.

But the care Apple takes to make sure its suppliers conform to its standards goes right to the point. If the report on Apple’s subcontractors proves accurate, what goes on in the cases of less careful companies? Isn’t it time we started thinking about a set of global investment standards with the clout of international law behind them? There would be a lot to cover: Environmental degradation, poor working conditions, sub-survival wages, child labor. And this list doesn’t include all the problems that have arisen over the past few years concerning Internet companies and hardware suppliers colluding to censor Internet users: We cannot exclude this pernicious trend if we’re talking about abuses arising from investments abroad.

Why are we capable of considering global banking rules or accountancy standards or trade regulations, but not the conditions under which transnational manufacturers invest abroad? We have globalized justice by way of international courts. Why not the standards under which factories in far-flung places produce the products we take down from department store shelves on the other side of the planet?

The International Textile, Garment and Leather Workers’ Federation, a Brussels-based group, recently issued a report on working conditions at sportswear factories in South and Southeast Asia, including the Philippines, Indonesia, and Sri Lanka. It was scathing. You would not want to wear the clothes that come from some of these places — knowing, for instance, that workers are sometimes denied even the legally mandated minimum wage or locked into factory units until they meet production quotas.

The federation’s report is one of countless such efforts. But they are all carried out by unions or non-governmental organizations, none of which have any authority to do more than call attention to practices that are offensive and often against local law. International enforcement of standards remains out of the question; on that side of the equation, everything remains voluntary.

And the report that rips Apple is persuasive. For one thing, it was done by a group of Chinese NGOs, not foreign visitors, led by the Beijing-based Institute for Public and Environmental Affairs, one of the most reputable of China’s many “green” groups. For another, its findings run very close to the ground.

This report names names, locations, and the quantities of pollutants a given plant released during the five-month research period. Some of these companies are huge names in their industries. Foxconn Electronics, Apple’s biggest supplier and the employer of more than 1 million workers, allegedly releases irritant gases from its factories. It has faced repeated complaints in recent years from local residents and the local authorities. But in Taiyuan, Shanxi Province, where Foxconn facilities are located, residents do not even like to open their windows.

High-tech hardware producers and garment manufacturers are only part of the story. Just as disturbing are Internet companies such as Google and Yahoo. Principled investment is still the issue, but it is complicated because these companies have an ambiguous status: Are they high-tech companies or media companies? Plainly they fall between the two, but to the extent they are engaged with media and information, their responsibilities become more complex.

You don’t get the impression that all these companies have quite grasped this distinction—or care, perhaps, about its implications. Two years ago, to its credit, Google withdrew from mainland China—it still operates in Hong Kong—after being implicated in the censorship of Chinese Internet users. Together with Yahoo and Microsoft, it had already signed onto the Global Network Initiative, a group committed to a code of conduct intended to protect free speech on the Internet.

The group now counts various universities, church groups, NGOs, and press committees among its 31 members. But the original three corporate members remain the only Internet companies on the list. Earlier this year, both Facebook and Twitter flatly declined to sign onto the initiative. Neither offered an explanation.

It gets worse. Microsoft still censors Internet searches in China that come through its search engine, Bing. Cisco Systems and other international companies are helping the city of Chongqing to develop the world’s largest police surveillance system. Falun Gong, the outlawed quasi-religious group, is now suing Cisco for helping Beijing track and locate dissidents who express themselves online. Cisco has so far denied this charge.

The reality is that neither working conditions nor wages nor even concepts of what constitutes press freedom are uniform around the globe. This does not mean that certain rules of the road cannot be developed without bias to any given country’s values and traditions. Different countries have different banking practices, for instance, but banks and multilateral organizations have worked for years to establish cross-border regulations. It is a multilateral job, and it will take years to develop, but surely there are minimal investment standards transnational corporations can be required to meet.