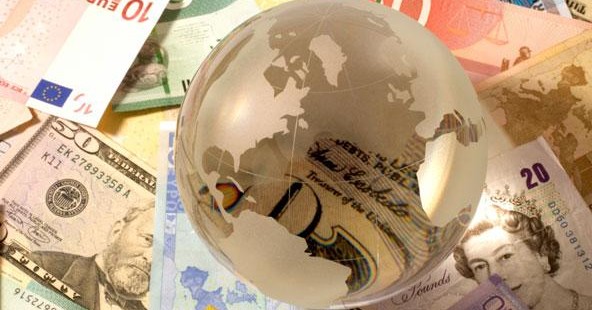 It’s starting to look like that longed-for moment many of us thought would never arrive. Economies around the world have just clocked in with some good news. How shall we read it?

It is too soon to declare we have begun a global recovery, but not too soon to say we stand at the front edge of one. What we have wanted to say for a long time we can at last count on: The worst is behind us.

China has announced a new economic revival plan Japan, Britain, Germany, and crisis nations such as Spain and Ireland within days last week all reported positive indicators for the second quarter. The US’s modest-but-steady recovery is best seen in this world-wide context–we have bounced off the bottom, it seems safe to say.

Yet, there is already something gnawing at the edges of this agreeable picture. We may look forward to a reinvigorated global economy, but have we adjusted, or restructured, to avoid repeating the mistakes of the Great Recession?

The European Union, where global weakness has hit hardest, has long contended that its members will emerge from their years of crisis in the second half of 2013. This timetable was too optimistic from the first. And now the International Monetary Fund has pushed its forecast for recovery in the 17-nation euro zone to 2014.

For this year, the fund says, euro zone economies will shrink by 0.6 percent, the second consecutive year of contraction. When Europe returns to growth in 2014, it will achieve a zone-wide expansion of 0.9 percent in gross domestic product.

That seems about right. And it only looks like a disagreement between the fund and the EU. Recoveries do not fall from the sky in little packages. They are achieved gradually. What we see now, in the EU and elsewhere, are the sort of first indications that confirm, rather than contradict, the IMF’s projections.

Here is what we heard from around the world last week. Every one of these items, by the way, will have an impact on the others:

So recovery remains imminent for now. Read the data in aggregate, and the direction is plainly, if gently, positive. The problem is the kind of recovery it is shaping up to be. It does not look as if political leaders and policy planners are steering very intelligently.

The term du jour among the economists is rebalancing,” and there is a reason for this:

In China, rebalancing means shifting the economy from exports, over-investment, and state-owned enterprises to encourage domestic consumption, decentralization, and less government control in the markets. The new stimulus package feeds the small business sector, but also the exporters and big investors in state-directed projects. Credit China for understanding the need to rebalance, but we see now how slowly this ship is going to turn.

It is the same but different in Britain and the EU. Growing or not, the British economy is as misshapen as it ever was, with an oversized financial sector, gorging, US-style domestic consumption, and weakness in manufacturing and export industries. And you see nothing in the line of rebalancing.

As for the EU, we may be looking at permanent scars. Fundamental questions of economic management remain unaddressed. What are a government’s options in responding to recession, for example, when it cannot adjust its currency? A lot of economists now think the imbalances between northern, core Europe and southern, peripheral Europe may actually be reinforced once growth resumes, leaving Germany, above all, in an inappropriately commanding position.

A friend asked me the other week, “Will Germany become European, or will Europe become German?” That is the question, he said, and it is. But it shouldn’t be. The Europeans have accomplished much, but they have much still to do if history is not too repeat itself. And this goes for everybody.

← A threat Israel must listen to
Snowden, Manning: The face of patriotism →