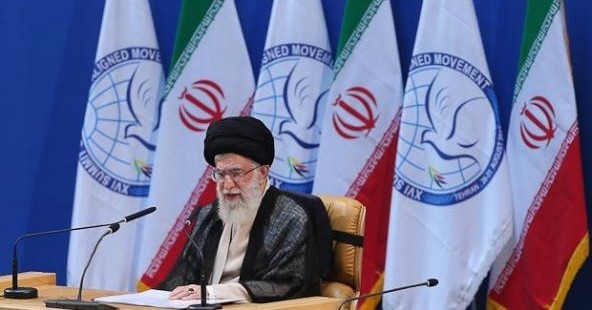 Here’s the question, not too complicated: What the heck is going on in Washington? Congress wants in on a potentially historic foreign policy on Tuesday and wants out of another one two days later.

These two judgments are upside down. And both threaten to bite Americans in the backside down the road.

The problem is simply stated. I argue strenuously for a foreign policy process subject to the electorate’s wishes—a politicized foreign policy, you can say. But that’s not what we’re watching. What’s unfolding is more or less the opposite.

Poll upon poll lately—Hart Research, Reuters/Ipsos, the Program for Public Consultation at the University of Maryland—show that the majority of Americans favor an accord with Iran roughly in the form now understood in outline. They don’t trust Iran any more than Iranians trust America, and many are O.K. with Congress weighing in. But on balance, they don’t want this deal to die on Capitol Hill.

In this case, we have a corruption of democratic process posing as democratic process. Unless you think there is something very wrong with the Constitution, the president must be able to reach agreements with other nations on behalf of the nation he stands for. Treaties require congressional approval, yes. Since there is no war with Iran, this can’t possibly be construed as one.

“We’re involved here,” Senator Benjamin Cardin, the ranking Democrat on Foreign Affairs, said Tuesday. “We have to be involved here.” With due respect, Senator, no you aren’t no you don’t. This injects politics into foreign policy all right, but one can’t call it democratic politics.

It’s precisely the obvious politics attaching to the TPP, on the other hand, that’s about to send Congress sprinting in the opposite direction.

When Bill Clinton was out selling Americans NAFTA in the 1990s, they drank a lot of snake oil before they knew what it would do to them. It’s not going to go down so easily this time, by all appearances. And it shouldn’t.

Related: Will This Trade Deal Block Some Generic Drugs from the U.S.?

None of the TPP’s provisions have been shared with American voters and few even with members of Congress. Many have been written by the corporations—Big Pharma, Big Data, and so on—the accord is supposed to govern.

Now what? Congress abdicates on legislation it has had no hand in shaping? It comes down to take it or leave it? Isn’t this exactly the gripe on the Iran deal?

Who can be surprised that large constituencies are already preparing to gang up against the TPP? Trade unions worried about job flight, Greens opposed to American investment in developing countries too desperate for dough to impose labor and environmental regulation, and plain small “d” democrats are going to make this a divisive issue because, regrettably, they’ve been served one.

A few weeks ago, this column remarked on the German foreign ministry’s new effort to involve his country in the policy process so that the nation’s conduct abroad reflects their aspirations. Washington hurdles in the opposite direction, which is to say the wrong one.

Is that a domestic backlash out in the mists of the middle distance? Maybe. With more certainty I see another taking shape abroad.

A day after the Senate committee voted, Iranian President Hassan Rouhani, fairly seething, declared that his negotiators were talking to diplomats from P5 + 1—the U.S., Britain, France, Germany, Russia, and China—and no nation’s legislators. He spoke for his country, of course.

If you think this view isn’t shared in P5 +1, think again. They are all behind the accord and want to see the sanctions blocking trade and Iran’s integration into the global community removed.

Tip this deal over and Congress will exacerbate already evident tensions with Europe over the Ukraine crisis and further sharpen animosities between Beijing and Washington, which are unnecessary to begin with.

As to the TPP, it shapes up as a miscalculation across the Pacific just as fast-track does at home.

One, we haven’t heard yet from domestic constituencies in Asia that are sure to object. Two, China is pointedly excluded, which makes the TPP look like a wedding party without the betrothed. Beijing has simply proceeded apace with its own remake of trade relations in the region. Three, Washington has been working overtime to keep Russia out of the TPP organization. One gets the idea, but it has no chance of going well.

Russia has a lot of Pacific frontage, and its interdependence with the region’s economies is extensive and irreversible. Asians won’t buy another round of U.S.-inspired hostility if they’re asked to take an interest. And again, Moscow is already responding by stepping up its own ties in Asia—not least with China, as widely reported. A good Congress would insist these questions be addressed.

There are very big side bets in the Iran deal and the trade pact across the Pacific. (And one with Europe is now in negotiation, with its own set of gambles.) The stakes are high, but you get the impression Congress doesn’t even know how many chips are on the table, to say nothing of the risks.