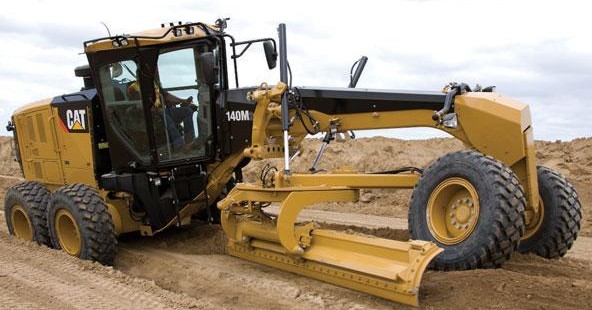 Made in America: Manufacturing Jobs Are Coming Home

The tale of American manufacturing has long been one of woeful decline. Just about a year ago, China replaced the U.S. as the world’s No. 1 maker of things, and that seemed a sure sign that the glory days had faded for good. But all of a sudden the talk is of a “manufacturing renaissance,” to quote a new study by the Boston Consulting Group.

The BCG study, “The Return of U.S. Manufacturing,” makes an interesting case. China’s wages are rising by 15 to 20 percent a year, while its productivity will improve at half that rate. The yuan is gaining in value, too, and Chinese-made products are destined to become more expensive. There is a shortage of skilled workers even in major manufacturing centers such as Shanghai and Tianjin.

In the U.S., wage increases have been minimal for years and will remain at 3 percent or so annually. U.S. productivity will remain higher than China’s by a wide margin, and government incentives are also a factor in attracting U.S. manufacturers back home. “Reinvesting in the U.S. will accelerate,” the study says, “as it becomes one of the cheapest locations for manufacturing in the developed world.”

The math that went into this study is impressive, and it works like this: Right now, labor costs in China are slightly less than half those of the U.S. when the difference in productivity is factored in. In five years’ time, labor costs on the mainland will be 70 percent of the U.S. figure. Counting costs such as inventory and shipping, the study says, the Chinese cost advantage will drop to single digits or disappear entirely.

It’s a convergence theory of a kind, and one forecasted result is that outsourcing jobs to China will turn out to have a beginning, middle, and end. “China will no longer be the default low-cost location for supplying the U.S. market,” the BCG study asserts. “The economics are becoming marginal for many products.”

Some interesting figures support the study’s argument. U.S. manufacturing grew at an estimated annual rate of 9.1 percent in the first quarter of this year, compared with a disappointing 1.8 percent for the economy as a whole. There are also some curious cases of prodigal industrial companies already returning home:

“It’s very early days, but this trend’s beginning,” says Hal Sorkin, a senior partner at Boston Consulting. “It’s all based on simple economics: wage rates, relative exchange rates, and productivity levels. Over four or five years, manufacturers will be indifferent toproducing in China or the U.S. If it’s for the Chinese market, make it in China; if they’re producing for U.S. consumption, make it in the U.S.”

A couple of myths seem about to explode. One was that manufacturing is finished in the U.S., another that we live in a post-industrial economy. The first is patently untrue—though manufacturing as a share of GDP has been declining for half a century, and steeply for the past decade. As to the second, there is no such thing, in my view, as a post-industrial economy. No one survives without making things.

President Obama is entirely on the right track in declaring a revival of industrial production as one of his economic priorities. But the Boston Consulting study starts to look more than a touch rosy (and too statistics-driven) when you consider a few of the harder facts:

The question is obvious: Do Americans want to make their country a low-cost production platform? Ford is coming (fractionally) home because it can pay auto workers $14 an hour—about 10 bucks less than it paid them when it eliminated those jobs. Henry Ford famously thought his workers should be able to afford the products they made; he believed in a vital middle class. So other questions are obvious, too: What will a manufacturing renaissance, if it arrives, do for this country’s middle-income wage-earners? What will a decade or so of intense outsourcing have cost them in net terms when the jobs come home?

← Sex, BRICS, and PIGS at the IMF
23 Surprising Insights about Free-Market Capitalism →