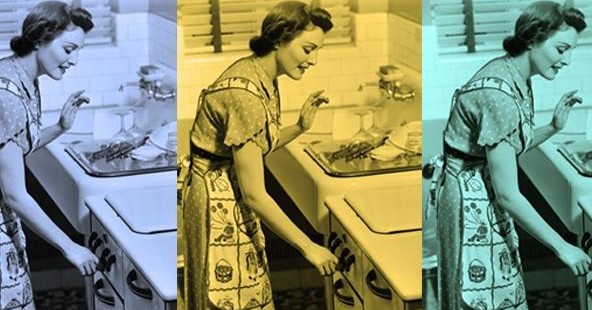 One of the noted features of economics for the past century or so is its ever-fainter relationship with history. Statistics, method, data-collection, econometrics, modeling, empirical observation – these are the tools and preoccupations of what is to some a grim science. But in Ha-Joon Chang’s accessible new book, 23 Things They Don’t Tell You About Capitalism (Bloomsbury, $25), the author, a member of the faculty of the economics department at Cambridge, brings fresh and relevant context to his chosen topics, which include corporate structure, the global marketplace, U.S. living standards and the knowledge economy.

As scholars would say, Chang is an historicist. And with history comes surprise and enhanced understanding.

The book presents a survey of reigning economic theory and our prevailing assumptions about markets and governments and how those two interact. There are chapters on financial services, economic policy, and the impact of everything from education to the salaries of CEOs. The book is divided into 23 chapters, each one 10 to 20 pages long and taking up a discrete topic: “Thing 4: The washing machine has changed the world more than the Internet has”; “Thing 9: We do not live in a post-industrial age”; Thing 21: Big government makes people more open to change.”

Chang presents an original and surprisingly substantive take on each of these subjects. His point in the case of the washing machine, for example, is that too often we regard the most recent changes in our lives as the most revolutionary of all – which is, of course, not always the case. “The emergence of household appliances, as well as electricity, piped water and piped gas, totally transformed the way women, and consequently men, live,” he says. “They’ve made it possible for far more women to join the labor market.” The argument extends, he suggests, to the radical changes in traditional family dynamics as a result.

Korean-born and British-educated, Chang stands outside the ideological battles that now seem to engulf us. He is critical of “the free-market ideology that has ruled the world since the 1980s,” as he puts it, but he is evenhandedly so. “We need to ask whether the decisions that the rich and the powerful take are based on sound reasoning and robust evidence. Only when we do that can we demand right actions from corporations, governments and international organizations.”

Chang’s strategy of moving from topic to topic makes 23 Things a kind of “economics made easy” read. But don’t be misled. One of this book’s attractions is the author’s ability to be humorous at times without sacrificing nuanced arguments or a professional’s knowledge of his subject. He did the same thing in his last book, The Bad Samaritans: The Myth of Free Trade and the Secret History of Capitalism (2008), a bestselling analysis of how Western countries fail to recognize that others cannot adopt their (generally neoliberal) policies as if everyone were at the same moment in their development and the playing field perfectly level.

If there are overarching concerns in 23 Things, they would have to include these: What is the true nature of markets and their place in contemporary societies? What is the proper role of the state in a successful 21st century nation? Americans tend to take traditional liberalism in economics and minimal government as foregone conclusions: They’re in the national DNA. One might still hold to these assumptions after reading Chang’s book, but one will have been required to think it all through again. Looking around at today’s greatest success stories – Brazil, China, India, and so on – neither of these questions is anything like settled in the world beyond America’s shores.

23 Things They Don’t Tell You About Capitalism was well-received when it came out in Britain last fall. It deserves the same attention on this side of the pond. Indeed, because it is written to the side of the fray (if not above it, precisely), it makes useful reading for any American who follows the headlines from Washington these days. You come away from this book feeling as if you’ve been put through your intellectual paces but with a light touch. That’s just about right: You have.

‘Higher Proportion of Knowledge in Machines’“With economic development, a higher proportion of knowledge becomes embodied in machines. This means that economy-wide productivity increases despite individual workers having less understanding of what they do than their counterparts in the past. For the most striking example, these days most shop assistants in rich countries do not even need to know how to add – a skill that their counterparts in earlier times definitely needed – as bar-code machines do that for them. For another example, blacksmiths in poor countries probably know more about the nature of metals in relation to tool-making than do most employees of Bosch or Black & Decker. For yet another example, those who work at the small electronics shops littering the streets of poor countries can fix many more things than can individual workers at Samsung or Sony.”

–from the chapter entitled ‘Thing 17: More Education in Itself Is Not Going to Make a Country Richer,’ in 23 Things They Don’t Tell You About Capitalism

← Made in America: Manufacturing Jobs Are Coming Home
India’s Multibillion-Dollar Message to America →