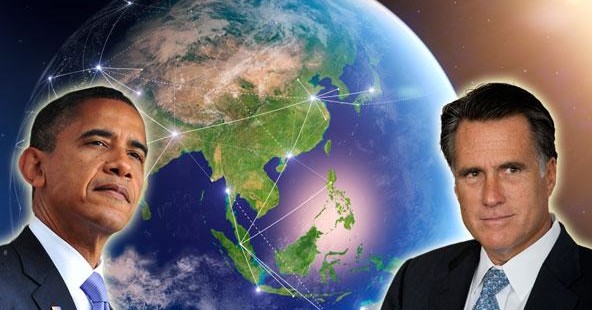 This has to be the most inward-gazing presidential election in nearly half a century. True, voters are focused on domestic problems: the health care system, joblessness, the fiscal deficit, the state of the economy and what to do about it. But our candidates should be able to make the case that our future and our security depend as much on policies that tie us to the global economy as they do on domestic initiatives.

China and the Pacific, Iran, Israel, the emerging Arab democracies, the place of the military in a 21st century security policy, Afghanistan: These are all pressing questions for any administration. President Obama presents us with a record from which to judge. Now that Mitt Romney has chosen his vice-presidential running mate, let’s see if Paul Ryan’s reputation for clear thinking extends to foreign policy.

So far all we have to go by is campaign rhetoric and a few speeches Ryan made while still in Congress. But he has already proven astute enough to recognize that our domestic difficulties and our global status and influence are not, in the end, separable. “Our fiscal policy and our foreign policy are on a collision course,” Ryan told an audience well before Romney chose him. “If we fail to put our budget on a sustainable path, then we are choosing decline as a world power.”

To my knowledge, no candidate of either party has dared to use the frightening word“decline.” Yet you cannot talk about foreign affairs sensibly without discussing the (separate) questions of relative and absolute decline. And that is part of what makes America’s global position so pressing as a campaign issue this year.

Absolute decline, meaning the fraying of American institutions and the gradual waning of American economic vitality, can be averted. No one could argue otherwise, even in the face of our current malaise. The nation’s finances can be fixed (one way or another) and America can return to healthy, job-creating economic growth. All we need are the right policies, and this election is about nothing if not economic policy.

But relative decline is a different matter. America has been a world power for more than a century; it has been pre-eminent among nations for more than six decades. But this was never destined to be an eternal destiny, and the wheel of history is turning now. There are rising powers – Russia, China, India, and others. Iran, for that matter, is a rising regional power. This means that in relative terms, we are moving into a new era. America will remain a very prominent player in the decades to come, but it will be one player among many.

The obvious issue here is American exceptionalism. The question is whether our presidential candidates believe in America’s unique place among nations or whether they recognize that a new era is dawning. This is another reason foreign policy is not on the election agenda: There is not much that distinguishes Democrats from Republicans – all seem to agree that exceptionalism is the American inheritance. As a consequence, voters are not being properly prepared for a shift in America’s global position.

The Obama administration offers a mixed picture. The withdrawal from Iraq and plans for the same in Afghanistan suggest that the president seems to recognize that we are rethinking our role as the world’s policeman. But Obama can hardly be termed a softie. He has done little to alter the shape of the national security state and much to keep up the fight in George W. Bush’s “war on terror.” To the disappointment of supporters, indeed, it is hard to distinguish Obama from his predecessor on questions of defense, security, and American prerogative.

As to the Republicans, Ryan is noted for his lack of foreign policy experience. (Romney’srecent trip abroad proved this.) But Ryan may bring clarity and specifics to Romney’s apparent aversion to both.

In coming weeks, we are likely to see where the Romney-Ryan ticket stands on foreign policy. But Romney-Ryan looks, indeed, as if it could begin to bring on the very decline – relative decline – America wants to avoid in the global context.

Even if you discount most of this as election pandering to a group that wants to hear that the America they fought for is still the same America, the idea that the 21st is an American century is mainstream thinking among Republicans. One of the weaknesses of this is the thought that the world is a zero-sum power game. Any change in America’s pre-eminent status will create a vacuum instantly filled by others. “A world without U.S. leadership will be a more chaotic place, a place where we have less influence,” Ryan has said. “Take a moment and imagine a world led by China or Russia.”

The straight-line equation Ryan and Romney imply is nonexistent. We have already started down the path toward a more vigorous global community with (take your pick) numerous poles or none. What American voters need is the leadership to explain this moment in our history and why it should ultimately be accepted. You won’t hear this on anybody’s campaign trail, but here is the truth of it: Relative decline will reduce America’s burdens – not least our defense budget – and do us good. This is what Ryan and Romney miss in their campaign messages – and the Obama administration, too: They all seem to want to go back instead of forward.

One of the policies that worries me most is that toward China. Neither party in this election can see things clearly, and the Beijing-Washington tie is vital. There is much to be gained from mutual respect – and much to lose without it.

China is peaceably extending its influence in East Asia, and this is as ordinary as the influence America has long asserted in the Caribbean and parts of Latin America. But Washington cannot forget either the taking of the Philippines in 1898 or the fright caused by China’s 1949 revolution: It thinks it is an Asian power and it cannot trust the Chinese.

Remember Secretary of State Hillary Clinton’s rhetoric in Mongolia last month? She blasted the Chinese for their authoritarian system and predicted its economy would eventually falter. This on a trip intended to mend fences. It is just what was not needed, notably given China’s political turmoil this past spring.

Again, it is hard to distinguish Democrat from Republican in the China case. They seem to be in a race to produce the most maladroit observations. Romney, to the distress even of some Republicans, has called China “a currency manipulator.” Very constructive. Condoleezza Rice, George W. Bush’s secretary of state, recently asserted that “America should remain the preeminent military power in the Pacific.” In this case it is dangerous thinking, especially if the Romney-Ryan ticket is drawing from it. Imagine a Chinese fleet anchoring down around the Panama Canal or the Bahamas and you will have the idea.

November draws near, and these are critical questions. Americans and their political leaders are taking a grave risk in allowing the nation’s relations with the rest of the world to drift, or too be guided by what once was. There is no time for standing still or looking back. We already know that the 21st century has a way of moving faster than any other before it. “History is accelerating,” as a French scholar once put it. Americans and their presidents and vice-presidents have to keep up with it.

← Three Global Hotspots that Can Damage the Recovery
China, Dying for Growth, Is Paying a High Price →