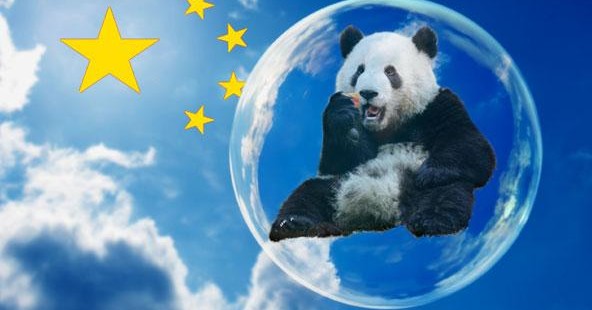 Western observers are more nervous about China’s economic slump than the Chinese seem to be. We have had a raft of first-half numbers from Beijing over the past week or so as Prime Minister Wen Jiabao toured several eastern and central provinces, dispensing economic signals along the way.

In short, the U.S. and Europe should have such problems. China stands every chance of coming out of this dip in growth just fine, and it will not be because Beijing is eager to haul the U.S. or Europe out of their woes.

“It should be clearly understood that the momentum for astable rebound in the economy has not yet been established,” Wen said in Sichuan Province last Friday, according to the state news agency Xinhua. “We need to comprehensively assess the situation and recognize the problems, difficulties and risks, in particular the downward pressure on the economy.”

RELATED:  Is China on the Verge of an Economic Crash ?

Sounds like econobabble, which in another nation and in another context, might be cause for anxiety. But here is the economy Wen is talking about:

• Producer prices dropped 2.1 percent in June from a year earlier; month to month, they were down 0.7 percent from May’s report. This marks the fourth straight monthly decline.

• Consumer prices rose 2.2 percent in June from a year earlier, but fell 0.6 percent from May. This suggests an accelerated descent since the start of this year, but June is typically a flat month; when adjusted, the month-to-month result may be roughly level.

• Investment in fixed assets (plants, machinery, and the like) rose 18 percent in the first half of 2012 over the same period last year, according to the National Bureau of Statistics.

• Fixed investment in June was up 1.7 percent from May.

Wen said gross domestic product expanded by 7.6 percent in the first half of 2012. That is above the 7.5 percent annual forecast he announced in March, but it marks the sixth consecutive half-year decline. Nomura has now cut its 2012 growth forecast from 8.4 percent to 8.2 percent. Next year, to put it all in perspective, Nomura now says China’s GDP will come in at 7.9 percent.

It is easy enough to see the ghost of a decline in all these numbers. But we have to ask a few questions. A decline of what magnitude or duration? What is Beijing planning to do about it? And finally, what is the missing number in last week’s cavalcade of stats?

To begin with, we are not talking about anything even remotely close to the kind of slowdowns Western economies are struggling with. It would take years of calamity before a newspaper reporter could brandish the term “recession,” and that is unlikely. One is wary of predictions in the Chinese case because its official statistics are at times suspect, but one would not expect Beijing bureaucrats and the Chinese Communist Party to allow economic growth to drop far below 7 percent in the worst of times.

Which brings us to our next question. Many Westerners seem to forget that China, for all its getting and spending and all its rich, privileged, connected people at the top, is a command economy. Its technocrats have a lot more prerogative than their counterparts in any Western democracy.

So far the stimulus in China has been primarily monetary: The People’s Bank of China hasdropped interest rates twice in the past month. Wen is now talking about what is to come on the fiscal-stimulus side. Beijing has loosened constraints on bank lending, subsidized purchases of “green” household goods, and increased approvals of large construction projects. Most recently, Wen has hinted at tax credits for investments in research and development.

Wen is trying to accomplish a couple of things with this kind of stimulus. Given that China’s modest slowdown reflects weak demand in the U.S. and Europe, he is taking the opportunity to enhance demand in the domestic market. This is smart thinking. He is also trying to extinguish what has been a roaring market in property speculation so that housing is more affordable to the great, broad masses and not just the well-to-do.

Which brings us to our final question: What is the missing number? It is China’s jobs figures. They are highly sensitive, for if China’s downturn were to worsen appreciably, an economic question would quickly become a political question. We do not know themainland’s unemployment stats. The government puts the jobless rate at 4.1 percent, indicating that the labor market remains tight, downturn or no. But there are 200 million migrant workers who do not show up in that figure. How many of them have been forced to leave the cities and return to the pigsty and the cow barn back in the village?

At the end of the day, then, domestic politics will shape China’s recovery strategy. Job creation will drive economic policy more than any other factor. That magic 8 percent growth rate economists talk about is real: It is what China needs to create sufficient jobs to avoid political and social troubles. With this in mind, it is easier to anticipate what China will do next. Watch for redoubled stimulus policies.

During a trip through Asia last week, Secretary of State Hillary Clinton took the opportunity last week to swipe at China for its undemocratic ways. We are all for democracy in China—or most of us, anyway. But the last thing the global economy could manage right now is any kind of swift shift away from China’s authoritarian technocracy. The Beijing bureaucrats know where the economic levers are, and (for their own good) they know which ones to pull and when.