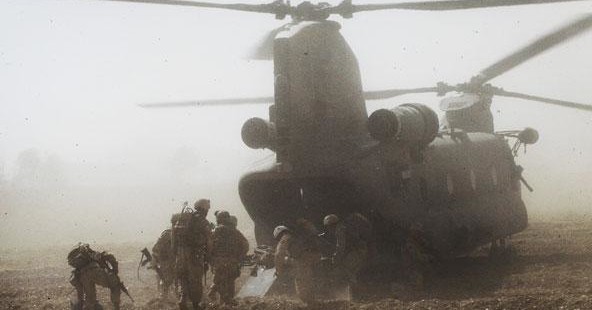 Will the US Buy Obama’s Plan to end the War Machine?

It’s easy enough to say that President Barack Obama has just announced his intention to end the “war on terror.” This thought is welcome, but it is simply not enough.Obama’s speech at the National Defense University last week has implications far beyond the manhunt that much of American foreign policy has become since the September 11 attacks in 2001. The president is talking about a reconsideration of America’s place in the world that has few historical echoes.

How Obama’s sweeping reassessment is received will be determined when policies are defined and implemented. But his remarks represent an important new reading of the American moment. The president left no room for doubt as to America’s continued vigilance against terrorists. But he also stressed that unilateralism is behind us in the 21st century.

“The same human progress that gives us the technology to strike half a world away,” Obama said, “also demands the discipline to constrain that power—or risk abusing it.” The president had drones in mind.

A few other moments in US history come to mind. A little more than a century ago, Woodrow Wilson assigned America the role of spreading democracy to all of humanity. The Truman Doctrine, unveiled in Congress in March 1947, began the Cold War by announcing the US would go anywhere freedom was under threat. In January 2002 came George W. Bush’s first State of the Union speech—that “axis of evil” moment, announcing that America did not have to comply with international law in its pursuit of “the bad guys,” as if the world were a John Wayne western.

Obama’s remarks could prove as large as any of the above, but there are two hurdles to overcome. First, Washington politics, or indeed the American electorate, could bury Obama’s remarks in the crowded graveyard of great, not-very-important speeches. Americans may not like the idea of becoming Canada and conceding the nation’s global leadership to China or Russia.

The immediate topic may be a new, more refined approach to global threats, but at bottom Obama is talking about a new global stance, and that needs national consensus. It means ratcheting down the war machine—and that means fewer fighter planes, aircraft carriers, tanks, and ground personnel.  How will the economy absorb a massive change in the defense budget when economists fear a 5 percent cut because of the sequester?

Second, compared with his presidential predecessors, Obama’s remarks are simply upside down. He is not pushing the fence outward, making ever more room for American prerogative as Wilson, Truman, and Bush II did. He is arguing for the place of restraint, for the recognition of limits, for the resort to war only when necessary, and for diplomacy as an expression of the best of American ideals and values (if you can still find them beneath all the wreckage and rubbish).
Does this mean Obama stands for some measure of isolationism, an acceptance of reduced influence in places where the US is accustomed to asserting itself? Not even remotely. It means the assertion of influence with global stability and order, not US dominance, as the object. It means an American role that does not begin with the thought that America stands as the sole superpower. It means working with others even if force becomes necessary.

Think about Korea. Hawks have argued for decades that a confrontational approach based on overwhelming military superiority is the only way to deal with Pyongyang. But what happened recently? After buzzing the North–South border with Stealth bombers, the administration turned, explicitly repudiating unneeded provocation. China has since complied with US urgings by distancing itself from North Korea’s aberrations and using financial ties to pressure Pyongyang to cooperate. We and our allies are closer to resuming talks with North Korea than we have been in some years.

Iran presents a similar opportunity, as yet untaken. It is now more or less a given among experts that it is a matter of time before Tehran acquires nuclear-weapons capability. Applying the kind of policy Obama proposes, America will keep its sanctions in place—they have obviously been effective—while entering the kind of talks Iran has offered in the past (and which the Bush administration rejected).

Washington has already come to the conclusion that military intervention in Iran would be reckless. The odd silence on Iran of late suggests there may be back-channel contacts that are not making the papers.

Obama offered other examples. He has been no slouch in his use of drone aircraft, but we will see a great deal more discrimination now when they are deployed. “This new technology raises profound questions,” Obama said last week, “about who is targeted, and why; about civilian casualties, and the risk of creating new enemies; about the legality of such strikes under U.S. and international law; about accountability and morality.”

Secretary of State John Kerry is the very image of Obama’s new thinking: a sophisticated understanding of diplomacy’s potential, a kind of modernized assessment of how America can project its still-immense power most constructively, a desire to cultivate friends even among relative strangers. His dogged pursuit of a peace conference on Syria—and in the bargain improved relations with Moscow—is one reflection of this; Kerry’s efforts in the Israeli–Palestinian conflict are another. These are specific examples of what Obama’s new thinking will mean if the administration is given the room to begin advancing it.

If anything, the evolution Obama has set in motion is painfully, even dreadfully late. It is not merely a matter of closing up shop on the war on terror, important as this is. The true focus should be April 1975, when Saigon “fell,” as we used to put it. Look at the timeline. There has not since been a lasting constituency for American troops on foreign soil unless it has been temporarily manipulated (as it was in Iraq).

All of the big policy dilemmas since have been fraught, each reflecting a crisis in America’s idea of what it should do abroad. By the time of the Bosnian conflict in the mid–1990s, there was a hint that American power could be most usefully deployed at the negotiating table. September 11 and the administration of Bush II blew our policymakers off this course, to unfortunate effect. Now we have returned to the same ambivalence, which is healthy in that it is the precursor of new thinking.

On CNN’s State of the Union this past Sunday, Newt Gingrich termed Obama’s speech“stunningly, breathtakingly naïve.” He chastised Obama for not wanting to be “a war president.”

It is not the first time Gingrich has come over as cross-eyed. It is naïve in the extreme to think that America can carry on projecting its power unilaterally in a century that is already telling us that that party is over.

Obama seems to be suggesting that America can no longer presume to do everything. It is not a weak nation that comes to such a recognition; it is a strong one.