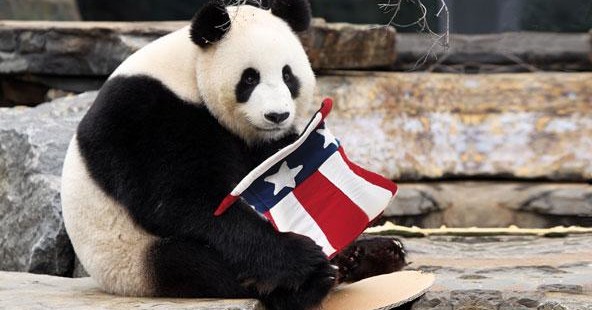 General Motors, which has been making Buicks and other cars in China since 1998, wants to sell its new Chevrolet Volt, an electric hybrid, on the mainland. That’s fine, Beijing says, if Chinese companies get to share three of the car’s key technologies—the electric motor, electronic controls, and the batteries that store the electric power. Simply put, unless GM discloses what amounts to trade secrets, the Volt won’t qualify for nearly $20,000 in subsidies that China provides for other electric-powered cars. (That’s about half the price of the car in the U.S. market.)

That would put the Volt at an extreme disadvantage in what has been the world’s No. 1 auto market for two years — total sales last year came to 17 million vehicles. And GM has said publicly that the mainland will be its principal focus in years to come.

Increasingly, China has the world and the global economy over a barrel. Nowhere is this becoming more apparent than in U.S.-China trade as Beijing uses its massive economic power to big-foot American companies.

These days, it’s hard to keep up with all the trade spats erupting between the Americans and Chinese. And as new Ambassador to China Gary Locke (President Obama’s former commerce secretary) settles into his new job, he might logically wonder: What are the rules?

Memo to the ambassador: Don’t bother asking because as far as the Chinese are concerned, there don’t seem to be any.

Locke’s brief is to shift America’s China policy away from Cold War-era defense and security obsessions and toward the business of economic interdependence. It’s long past time for Washington to make this transition, but we may be trading in one kind of warfare for another. What China wants by way of trade and investment, China’s going to claim — and neither Washington nor the World Trade Organization nor any other multilateral agency appears to matter much once Beijing makes up its mind.

Washington argues that the Chinese policy violates WTO rules, a point still to be determined. Nonetheless, Ford has already caved in on this very issue, though Japanese and European carmakers seem to have seen this one coming: They’ve held back their most advanced models from China despite the fact that it is the most hotly contested market in the industry right now.

Then there’s the matter of rare earths, scarce minerals used in high-tech products such as cellular telephones (and hybrid cars, by the way). China has a plentitude of these substances and in some cases a world monopoly: You can’t get them anywhere else. Here’s the rare-earth deal as China now lays it out: Any company that needs them but doesn’t manufacture its products in China will find supplies scarce and prices high. Once again, industry groups and government officials elsewhere think this may be a violation of global trade rules.

Of course, China didn’t invent high-handed trade and investment tactics. Back in the 1980s, Japan refused to import American-made skis because Japanese snow was somehow different, or U.S. beef because Japanese intestines were such that it was an inappropriate addition to the national diet.

Neither is protection of one kind or another strictly an Asian habit. Washington did not even begin dismantling some of the world’s highest tariff walls until the turn of the 20th century. “Within 200 years,” Ulysses Grant obstinately told the British during his presidency, “when America has gotten out of protection all that it can offer, it, too, will adopt free trade.” The great general was off by a couple of centuries, but you get the point: Not so long ago America was avowedly protectionist.

True enough, it was a protectionist measure passed in Congress that helped push the world into the Great Depression in 1930. But the cruel reality—cruel for those of a free-market persuasion—is that protection is often effective when an emerging nation is nurturing new industries. In the G.M. case, there’s the “green” question, too: Wouldn’t it be of global benefit if Chinese auto makers could start manufacturing millions of electric cars without spending all those years figuring out the technology on their own?

So the questions China raises now are not as simple as one may first think. What are needed, as Ambassador Locke surely knows already, are clear rules of the game. To oppose protection of any kind in any circumstance on ideological grounds is to ignore the facts of history. But to make up the game as you go along to suit your own purposes—well, not even America’s hard-bitten capitalists in the 19th century tried that one.

← Asian Unrest: An Ominous Sign for the Global Economy
Europe: The Strings Attached to a Chinese Bailout →