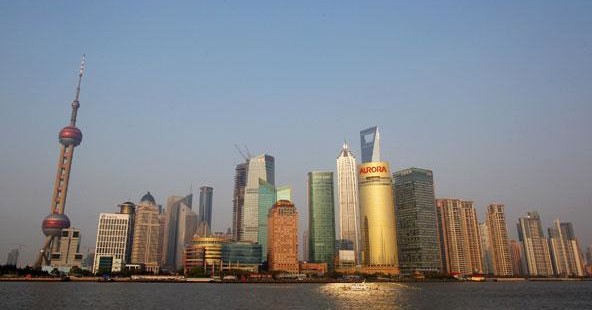 A century ago this year a stupid little book called The Yellow Peril, by one G.G. Rupert, was published to popular acclaim. It was a prejudicial diatribe, but you have to ask how far we’ve come, given how fretful Americans are these days when they look across the Pacific toward China.

As China advances with inexorable dedication, there is something Americans ought to worry about. But it has more to do with U.S. failures than China’s successes. It is how America measures up, amid its fractured policy process and democratic dysfunction, when put against China’s efficiency and determination.

Spells of paranoia such as Rupert’s have come and gone since William Randolph Hearst introduced the “yellow peril” genre in his newspapers. Today, Americans officials, politicians, diplomats, pundits, and people in the “big think” trade have expressed these fears:

The U.S. seems to miss the one thing China is doing
that deserves the most attention. It is getting things done.
Despite all the gnashing and bashing, there is little on this list that is truly troublesome. Anyone who has tread Chinese soil even briefly knows that this is a nation absorbed in its many domestic tasks, with little taste for making messes beyond its borders (which Beijing considers to include Tibet). Revaluing the yuan is not going to repair the U.S. merchandise deficit with China: That will require altered American consumption and savings habits.

As to the rest, our current crop of China bashers can carry hypocrisy only so far. A prospering China, altogether to America’s benefit, will have an immense appetite for raw materials, and as an alternative market that did not exist a couple of decades ago, plainlyChina’s new commercial presence brings diplomatic influence that is equally unfamiliar.

Welcome to the world as the West invented it.

The U.S. seems to miss the one thing China is doing that deserves the most attention. It is getting things done. It has a public policy process that produces results, and much of the world is impressed. (Remember the 2008 Olympics?)

No, it’s not an Asian variant on Jeffersonian democracy. According to the budget presented earlier this month, Beijing plans to spend more on internal security than it does on defense. Politically, China is a tippy ship, and the notion that authoritarian rule and prosperity are just the right mix is a misleading conclusion. Many admire China’s results, few its repressive way of achieving them.

But there is something sobering in this for Americans nonetheless. We seem to be entering an era in which deprivation is of greater concern than a dearth of democracy. Clean water and decent schools are more important than free elections, to put it another way. This leaves Americans in a tough spot. You don’t hear too much about “America envy” when you travel abroad . We’re not– seen from afar– very good at getting things done these days, such as moving masses quickly out of poverty.

“Legitimacy in many societies is coming to be based on performance, not process,” says Bruce Jentleson, a professor of politics at Duke and the co-author (with Steven Weber) ofThe End of Arrogance. “By contrast, we’re more about process and less about performance.”

The National People’s Congress, which just concluded in Beijing, is a case in point. Consider its to-do list:

These are all chores included in a new five-year plan, those grand documents socialist countries invented. But one way or another, the U.S. has things to do in each category. First, however, it will have to fix its democratic and policy processes if it is to advance in any one of them.

Americans have to wonder how
they are to compete against what
amounts to command economies that
direct capital far more efficiently than Wall Street.
Partha Chatterjee, a celebrated Indian political thinker, talks of “governmental technologies” to describe this change in what the world prefers to envy. “A regime secures legitimacy not by the participation of citizens in matters of state but by claiming to provide for the well-being of the population,” he writes in The Politics of the Governed. “Its mode of reasoning is not deliberative openness but rather an instrumental notion of costs and benefits.”

It may not be an attractive thought, and Chatterjee did not hatch it because he applauded the trend. But Americans have to consider it when they look at, say, the Middle East’s transformation and what to expect from it. And they have to wonder how they are to compete against what amounts to command economies that direct capital far more efficiently than Wall Street.

If Americans insist on worrying about China, this is what they should worry about: whether they can demonstrate that good schools and elections are not mutually exclusive—so retrieving the world’s envy.

“Some imaginary dichotomy between effective autocracies and inefficient democracies is ridiculous,” says Ha-Joon Chang, an economist at Cambridge University and the author of 23 Things They Don’t Tell You About Capitalism. “In the long run, democracies are more resilient. In the short run, democracies like America’s have to repair themselves.”

← The Deficit: Congress Fiddles as America Loses Ground
Japan: The Meltdown of Growth-At-Any-Cost →