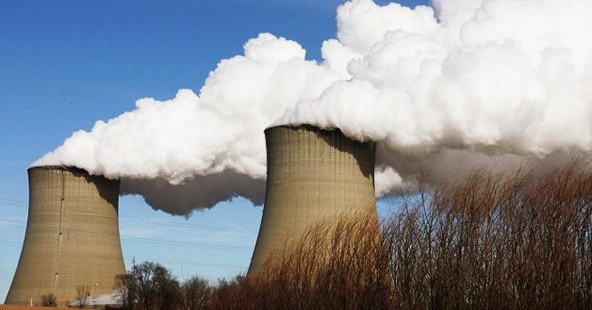 Japan: The Meltdown of Growth-At-Any-Cost

Long before the worst earthquake in Japan’s history produced the worst nuclearaccident in Japan’s history, nuclear power had acquired a menacing reputation among many Japanese. If the crisis in triplicate at the Fukushima power plant (where four nuclear reactors are affected) has any lasting fallout, as surely it will, Japan will shift course in coming years and embrace slower growth as a permanent fact of life, even at the cost of its standing as an economic power.

Outside of the areas directly affected by the quake, the tsunami that followed, and the nuclear-plant disaster, Japan is not a nation in panic, friends around the country tell me. But it is reconsidering its long-held faith in technology as the solution to all earthly problems — a faith it inherited from the West — and looking beyond the “Japan as No. 1” ethos that drove it onward for so many years.

“It’s an inevitable course,” says Kenichi Kondo, a longtime correspondent for Mainichi Shimbun, the Tokyo daily, and the author of Anti-Americanism: An Anatomy. “This reminds us: We have to prepare for a society less hooked on growth.”

The only nation ever to suffer an atomic attack, and as the planet’s most quake-prone zone, Japan has nursed a natural suspicion of nuclear technology since it started building reactors in the 1950s. For many Japanese, nukes have long represented environmental risk, out-of-control developers, and the phenomenon the Japanese call “GNPism,” meaning “growth at any cost.”

A growing number of Japanese have sought a new idea of economic and societal success since the bursting of the famous “bubble” in the early 1990s. Westerners called the ensuing years “Japan’s lost decade” (or now “decades”). But the period is best understood as the start of a search for a set of economic, social, and environmental values that bring balance to obsessions with traditional ideas of progress and the market as the altar at which all must worship.

Reaction to Number-Two Status: “Relief”
I was in Japan last year, just before the announcement came that China had overtaken it as the world’s No. 2 economy behind the U.S. The response among the Japanese was a curious signal of what is now likely to become more evident.

“My first reaction was one of relief,” a scholar named Norihiro Kato wrote at the time. “Japan doesn’t need to be No. 2, or No. 5, or 15. It’s time to look to more important things, to think more about the environment and about people less lucky than ourselves. In a world whose limits are increasingly apparent, Japan may well reveal what it is like to outgrow growth.”

A post-growth society — this columnist’s term, not Kato’s — is truly something new under the sun. After a century and a half of emulating the West, Asia might be about to teach the West something it could stand to learn.

Not everyone entertains a post-growth agenda, as Kato, a professor at Waseda University in Tokyo, was quick to point out. But we should not underestimate the staying power of this line of thought. It is now just below the surface to anyone who looks for it, and here and there around Asia it is perfectly evident already.

In southwestern Japan, for instance, the city of Kitakyushu was a befouled industrial powerhouse during Japan’s “miracles” years, with pollution so thick the locals called it “the smoke of seven colors.” It now wins international awards as one of the world’s “greenest” urban centers, complete with a “zero-emissions” industrial zone.

As many Japanese point out, the post-growth proposition is at bottom a way of rejecting the West. It was from Europe and the U.S. that Japan, the world’s first non–Western nation to industrialize, first learned to put progress by its steamy, smoky, nineteenth-century definition before respect for nature or any other traditional value. The notion that the future lies in its past is now one that more and more Japanese will embrace.

What about China and India? It is a good question. Both nations are desperate to produce more electric power, and both moved quickly after the Fukushima disaster to confirm their commitments to extensive nuclear-generation programs. China has 11 reactors in operation and plans to build as many as 100 more by the end of the decade; India now has 20 reactors, and its expansion plans are of a similar scale.

But there’s an old saying among U.S. diplomats—“As Japan goes, so goes Asia”—and there is no reason to doubt its veracity now. China and India are much further back on the development ladder, though there are signs already that they are coming to recognize the unsustainable cost of uncontrolled “GNPism.”

The recent National People’s Congress in Beijing, a once-a-year affair, was interesting from this perspective. As the Congress confirmed, China needs 7 percent to 8 percent growth annually if it is to avoid political instability, and the leadership lives in a state of near-constant anxiety that a downturn will tip into social unrest.

But there were some surprises at the NPC this time. “In the past it was absolutely necessary to prioritize maintaining growth,” said Zhang Ping, head of the National Development and Reform Commission. “Now we want to put more emphasis on ensuring and improving people’s livelihood.”

There’s plenty of political motivation behind that assertion, surely. But note: More than half of China’s 27 provinces have just announced targets to make incomes rise faster than productivity, a fundamental re-focusing on quality-of-life questions.

“China and India are at the stage Japan was 20 or 30 years ago,” Kato said when I reached him by telephone the other day. “Are they now thinking about ‘outgrowing growth?’I’m sure they are.”

We are witnessing the slow ballet of a generational change among China’s leaders, and at this early moment we know little of the score or the choreography. But it is a reasonable bet that Beijing will take yet one more page from Japan’s book. No nation can indefinitely pursue growth with reckless abandon, as the Fukushima tragedy grimly reminds the Japanese. The Chinese are watching—and taking notes.