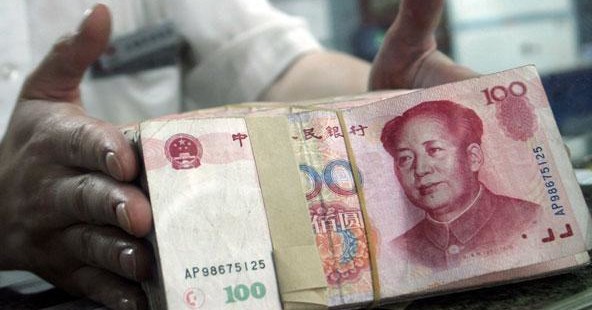 The Next China: A Powerful Consumer Society

It looks like China finally is about to take a great leap forward.

Beijing at last recognizes that an overheating economy is threatening to spin out of control and that it has a serious inflation fight on its hands. And there are signals that Beijing is about to start liberalizing the yuan, China’s currency.

They may seem like technical adjustments, but they are significant. This is a nation in the midst of a major transformation from a low-wage exporting economy with a weak currency to a higher-wage consuming economy with a stronger currency. The news of new policies came suddenly, but it marks a shift away from a growth strategy now 30 years old.

China will be a bigger market as wages rise and people are paid in a currency worth more against others. A stronger yuan will help dampen inflation and improve the U.S. trade deficit,  $273 billion last year (and another record).

At the same time, Chinese goods at Wal-Mart will not be as cheap as we’ve come to expect—and neither will anything else Chinese consumers want. Making the yuan a convertible currency means it will start to compete credibly against the dollar, especially in the Pacific region; China’s appetite for U.S. debt is almost certain to wane as a result.

Who doesn’t want to see a nation of 1.3 billion people climb swiftly up the development ladder toward prosperity? This is the enlightened view. One cannot begrudge the Chinese the material progress the West taught them to honor, regardless of its mixed effects on the rest of us.

“The producer economy will increasingly need to give way to a consumer society,”Stephen S. Roach, the Morgan Stanley economist, said in a speech at Yale last week. “This transition is equally daunting for the rest of us. Just when the world is figuring out how to cope with a strong China, it will now need to come to grips with ‘the Next China.’”

Bouts of inflation and macroeconomic imbalances
were more or less baked into the cake.

Export-led growth, the strategy China has pursued since its reform period began in 1980, was always a flawed proposition. Exports have grown from 35 percent of GDP at the start of the reforms to about 80 percent now — a ridiculous proportion. Private consumption, meantime, hit a record low of 35 percent of GDP in 2008.

Maintaining political power and social stability in such an environment meant that Beijing needed annual growth of 7 percent to 8 percent — and a weak currency to produce it. Bouts of inflation and macroeconomic imbalances were more or less baked into the cake.

The growth model China’s reformers chose has also produced a miserable social contract: an authoritarian government that measures prosperity not in the consumption of domestic production but in pieces of paper — the foreign reserves China has accumulated, which now approach $4 trillion. As measured by our trade imbalances, we have all been captives of the Chinese Communist Party in its determined grip on power. (How’s that for economic interdependence?)

Given the arrests of prominent artists and dissidents lately, it’s clear there are risks to challenging the reigning orthodoxy in Beijing. But shifting gears toward greater domestic consumption and a more even distribution of wealth was the clear subtext in the five-year plan issued last month.

Recent reports seem to confirm that the reformists in Beijing are gaining ground. It cannot be coincidental that (1) Beijing announced an annual 5.4 percent rise in inflation at the end of March, the biggest increase since 2008, (2) Beijing swiftly declared tighter reserve requirements for Chinese banks, (3) a Hong Kong monetary official soon hinted that China will ease controls on the flow of yuan in offshore markets, and (4) Singapore let it be known it wants to be a market for yuan trading. This is Beijing choreography at its best.

You have to stand back in awe at the speed with
which China appears to be changing course.

Inflationary pressures are one target in China’s latest moves; those involving the offshore market will also strengthen the currency. The yuan has informally served as a reserve currency in local Southeast Asian markets for several years. But encouraging this role is a considerable leap for a nation accustomed to managing its monetary affairs as closely as China has until now.

You have to stand back in awe at the speed with which China appears to be changing course. A columnist’s confession: This one never thought China would move so swiftly to release its grip on the currency. It is a step Japan was expected to take at the height of its “bubble” 20 years ago, but Tokyo flinched. “Chinese time is three to four times faster than normal development time,” Stephen Roach said in New Haven last week. “It has accomplished in three decades what has taken most economies easily a century or more.”

Related Links:
Ai WeiWei Arrest: Why No One in China is Safe From Those in Power (The Christian Science Monitor)
America’s Banker May Tell Geithner to Go Away: William Pesek (Bloomberg)
The Case for One-Off Yuan Appreciation (Business Insider)