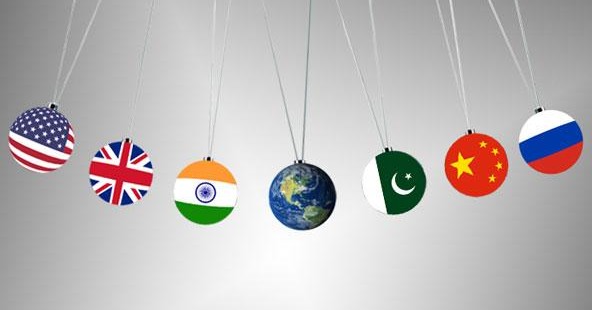 The blogs and newspapers tell us President Obama will be firing on all cylinders when he delivers his State of the Union speech Tuesday. He plans to push the reset button, reassert command and drive an agenda, and declare a year of action.  He’ll carefully wield the executive fountain pen by avoiding legislative initiatives that spark another blood feud.

Maybe. But here is a certainty: The president will quite possibly leave foreign policy questions altogether unaddressed.

This is not what the nation needs.

Related: Obama to Use Speech to Offer Election Year Agenda for Democrats

One, in the globalized world we have been building for 20 years, it is simply implausible to distinguish any longer between the health of the nation and a global role that evolves by the day. America’s foreign relations, historically the purview of East Coast mandarins, matter to everybody now.

Two, look across the planet and you see some serious wreckage in U.S. policies. Standing still on the foreign side would amount to a setback in the current era. Obama and Secretary of State Kerry, given to improvisation with no evident strategy, appear to have taken an active role in doing damage—not by intent, plainly, but out of sheer inexperience and amateurism.

In each of the main theaters of U.S. foreign policy, Washington is fumbling in an environment that, to be fair, would cause any administration anxiety.

• The Middle East. The administration’s only real successes this past year have been shaped by others. The Russians and Iranians got Washington out of the corner Obama painted the U.S. into over the chemical weapons question in Syria. Shelling Bashar al–Assad in Damascus would have plunged the entire region into chaos.

Related: The Coming Bloodbath in Syria

There are now talks on Syria and an interim deal on Iran’s nuclear program, the latter because Iranian President Hassan Rouhani and his foreign minister, Mohammad Javad Zarif, have proven far more innovative and determined to cut a deal than Obama and Kerry.

Both of those deals could still be scuttled; the weak spot going forward is the administration’s incoherence. As Russian commentators say, with accuracy, Washington constantly moves the goalposts.

Elsewhere in the region, the coup in Egypt last year brings Washington’s policy toward Cairo back to square one, given that the administration quickly and incautiously announced its support. This is simply not 21st century statecraft—insupportable by any standard, and never supportable in the long-term. Whatever one’s stripe, Americans are not where they want to be in relation to the Arab world’s awakening.

The recent reversals in Iraq are so bitter after the sacrifices Americans made post–Saddam that the State Department can hardly bring itself to engage the topic. The Saudis make no secret of their resentment as Washington, in their view, abandons them. This cannot be taken as the outcome of good diplomacy.

As to the Mideast peace talks, Benjamin Netanyahu’s speech at Davos last week is notice of Kerry’s failure in all but name. The Israeli prime minister now takes a position of intransigence on the question of West Bank settlements that is extreme even by his standard.

• Europe. Edward Snowden’s disclosures of the NSA’s surveillance of foreign leaders would have upset any administration’s apple cart, surely. But Obama has failed singularly to repair the damage. His speech on the agency’s authority 10 days ago was a spongy, dodge-and-duck admission that it will no longer eavesdrop on foreign leaders except that it will if it wants. It is not playing well. When Snowden is invited to brief the European parliament you know the Atlantic has just grown wider.

Related: Why the Global Economy Could Go Off the Rails in 2014

Gideon Rachman, the FT’s world affairs commentator, wrote a remarkable piece on the eve of Davos last week. The headline read, “Get ready, the indispensible Americans are pulling back,” and it went downhill from there.

I see three things to think about regarding Europe. One, an assertive America, a bog-standard source of European complaint, is now seen as giving way to an apathetic America. Two, a murmur of resentment now arises in Europe as the U.S. attempts to adjust its global role. Three, the underlying thought is that Americans are good with guns but not at group negotiations.

Well, there is a fourth thing to think about: A competent, coherent foreign policy would make an unassailable reply to all of the above.

• Asia. There are three serious relationships across the Pacific lake, and maybe it is something of an unintended feat that none is going well all at once.

Washington lost the lead on the Korean question when Defense Secretary Hagel moved nuclear missiles in place last year in response to the theatrics of Kim Jong-un, the new North Korean leader. Kim can be scary. It is never wise (and not policy) to enter into the scare ’em game. Obama had to change course within days. Seoul and Beijing now run the approach to North Korea.

It is similar with China. Policy remains rooted in Cold War thinking (if that is what it was) and is consequently so unable to address China’s emergence that it is simply beside the point. Example: Last month Obama rejected Beijing’s new claim to jurisdiction of air space off its coast. Since then, nothing. The claim stands (as it should, in my view), the State Department is silent, U.S. carriers observe the claim. This is what comes of living in the past and refusing the present.

In Japan, Prime Minister Shintaro Abe articulates a “new nationalism” that no one in the region likes, but he does so only in part because of long-held convictions. How can Tokyo feel secure when U.S. policy in Asia has gone walk-about? America’s ties with Japan need to change—they are also part of what is outdated. But no one in Tokyo can make out the game plan, especially when Ambassador Caroline Kennedy has the bad judgment to tweetabout Japan’s annual dolphin hunt instead of addressing the issue privately.

I see four crucial shortcomings in the Obama administration’s policies abroad. These are vision (the capacity to see properly, not as easy as it sounds); imagination (creating policies to match new realities); leadership (explain, win support, reassure others), and courage (to get the other three done).

← Glenn Greenwald’s heroism: Standing up to our new Orwellian police state
You’re being lied to about Afghanistan: The terrorists there include us →