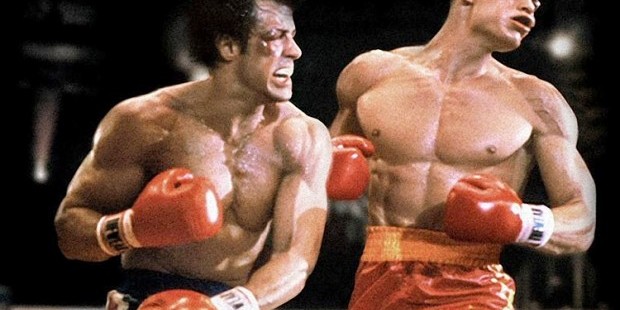 Let’s hope for an American defeat over Syria

It’s time to walk away from the deadly, irrational myth of American might

The Syria crisis deepens not by the day but by the hour, and it delivers us to the threshold of a reality that will cause some to quake and bring others relief. One must hope for an American defeat. To turn back the White House’s rogue-nation plan to shell Syria, which risks putting a match to the oil in every Middle Eastern well, is to cross this threshold into a new space. In this defeat, if Americans are fortunate enough to have it forced upon them, lies none other than victory.

What does that mean, Mr. Columnist? You’re going purple on us.

It means this. The U.S. has a chance now to conquer an old, compulsive claim to stand-tall world leadership that makes no fit with history, sound judgment, or (at this point) the facts in the morning’s papers, such as one can decipher them. These chances do not come often. Take this one and we will remove from our worldly relations an element of intrusive irrationality that has claimed millions of lives during our “American century” and proven time and again to be dangerous—as it is now.

“Why are we doing this?” is the incessant question this week. I point people toward our myths, a mistrust of thought in favor of sentiment and belief, an abiding addiction to violence, a suspicion that the world plots against our plentitude, an obsession with the grail of “total security,” a neurotic fear of weakness—or worse, effeminacy—and (scarcely least) an infantile trust in some guiding hand of Providence.

Sometimes this reply registers and other times not. But the full list is evident in any good account of the American idea as hatched in the 17th and 18th centuries. And it is where we have to look now to explain our national ambitions to ourselves. Follow the arguments for acting alone against Bashar al-Assad and you will climb the stairway to heaven: God wants us to do it. We are the ones, his archangels.

This is what I mean by victory within defeat. The myths are such and no more. We have to think our way through the 21st century. God is only on the money. We are set for all comers on the defense side—at the cost of much else, of course—but terrible swift swords cannot cure insecurity and paranoia. These are the things we have a chance to master. And that is what makes our moment very, very large. Miss it not.

When I read to others from a new book, as I occasionally do these days, I find people eager to the brink of desperation for a new story, some narrative to replace the one collapsing around our ears. A new story is perfectly available. It is just that if we want one, we have to write it ourselves. Think of any extant, post-imperial power—the Portuguese, the Spanish, the Dutch, the French, the English. In each case there has been loss and denial and regret and grief. And then, to one or another degree of success and never without effort, there is a new story—a better story.

None of this is to freight the moment unduly, or to assign too much to the Syrian crisis. The still-unsubstantiated allegations that Assad used chemical weapons on August 21st, and President Obama’s responses since, have been chemical catalysts in a clouded beaker: Things are suddenly clear. But we have to dolly out for a pan, a tour d’horizon. Then we can see how close we have been dragged to a precipice.

Let us call the season now ending “the dangerous summer.” It is our season of the witch. There are four things to consider as one: totalized surveillance, terror as spectacle, Egypt, and Syria. There are ancillaries, such as the trade pacts Washington now pushes to destroy all locality and impose Wal-Mart, Home Despot (as my ex calls it), and like dehumanizing horrors on others. But we can trust the French and the Japanese to blunt that spear. The season is named for its immediately frightening events.

The tale that Edward Snowden began in May has been so piecemeal-told that we are the frogs in the boiling pot at this point. The latest batch of revelations, those of last week, make clear that the National Security Agency’s capabilities are without limit and effectively beyond impartial civilian authority. The gutless complicity of the private sector, notably but not only the technology corporations, is more or less complete.

John le Carré said it better than I can hope to in a Financial Times profile last weekend: “There seems to be no limit to the violations to their hard-won liberties that Americans will put up with in the catchall name of counter terror.” Well, we have not touched the limit yet, fair to say. This is why the inbred obsession with security is so pernicious. It leads us into the swampy apposition of liberty and security, and anything goes.
Terror, then. The “war on terror” has become theater, if you have not noticed. The empty-the-embassies bit at midsummer was buffoonery and evaporated like rain on a hot country road, not surprisingly. Nobody even remembers. But tune in: A bell jar is descending upon us, a little like the contraption that enclosed Jim Carrey in “The Truman Show.” Anyone who thinks this is over the top did not live through the 1950s.

On Monday night, in search of something soporific, we took the unusual step of turning on the television. There was an episode of something called “Castle,” and instantly I was taking notes. Two glamorous gumshoes apprehend a grubby young man (Middle Eastern extraction, of course) in the service of a weird, Snowden-like computer demon—rectangular glasses, the wispy beard. And they did it (this is made crystal clear) by way of NSA mapping grids and cameras-galore technology that actually taped the guy as he boarded a plane for Beirut. (It had to be Beirut.)

I let it go until the next day, when I saw a New York Post someone left on a train. Splashed on “1” was Ray Kelly, New York’s chief of police. Stern, suspicious, ready to arrest you, he was quoted in 72-point type: “NEVER FORGET… THAT THE TERRORISTS ARE TRYING TO KILL US.”

This is not unserious. This is being injected into the air we breathe. It is how big trouble starts, how good lives are ruined, and how our worthy polity sustains scars.

Our latest overseas adventures would not be possible were it not for the manipulation of the home-front climate. We watched the Egyptian army depose an elected president, we read accounts of Washington’s role in it, and Secretary of State Kerry told us they were “restoring democracy.” On Thursday the Egyptian army’s puppet president extended the reigning state of emergency by two months. Please speak into the microphone, Mr. Kerry.

The Syrian chapter is yet to conclude. I suggested in this space last week we might think of the Cuban missile crisis. In the scheme of things, Obama would now be the Khrushchev figure and Vladimir Putin the Kennedy cutout. It is the son of perverse, I know, but for the moment it is hard to arrange the chess pieces otherwise.
The columnists, to a one, tell us that we have to keep the guns out with the safeties off to get anywhere with the Russians or Assad. Moscow arms Damascus (rather as Washington arms Cairo). Damascus is a client, rather the way Cairo is Washington’s — except that we cannot use the term in the Egyptian case.

It does not wash. The case rests on a fundamental belief in force—the American attraction to violence for its finality, its decisive resolution. It reveals Boy Scouts professing heavy liberal hearts as cynics. “The mere flexing of military power worked,” Nick Kristof wrote in Thursday’s Times. “It will be critical to keep the military option alive in coming weeks or Russia and Syria will play us like a yo-yo.”

Faith in force and the fear of weakness in the face of all “others”—in combination they can warp vision, as here. We have been asked to sit at the mahogany table, fruitfully or otherwise not yet known. What the writer means by “military option” is that we—we alone—put a loaded gun on it. What he means by “play us like a yo-yo” is known the world over as diplomacy. Diplomacy is by definition multilateral. In consequence we have no taste (or gift) for diplomacy. Weapons are unilateral, to state the obvious.

The other night on “Fresh Air,” Barton Gellman made a piercing observation. Gellman is the Washington Post correspondent bringing the Snowden material to light on this side of the pond. (The Guardian is the conduit in Britain.) The topic was our government and its surveillance and where it has led us. Here:

It has accumulated powers that were beyond all imagination of George Orwell — that dwarfed the surveillance capabilities of Orwell — and as it has done so — as it has made the whole world and the U.S. population more and more transparent — it has become more and more opaque about what it’s doing. So, increasingly we are living behind one-way mirrors in which the government knows more and more about us and we know less and less about what the government is doing.

We have to accept this condition, at least until it is more widely recognized as unacceptable. As Donald Rumsfeld famously put it, we do not know what we do not know. This is where the dangerous summer lands us.

One example will stitch this terrible season together. It is the problem of espionage, the increasing secrecy modern governments insist upon.

There is a long history of clandestine activities, not infrequently deadly. It knows no nationality. Everywhere there has just as long been blank space in what one can see of public events—and in official accounts of them, too. Our problem is one of proportion. The blank space has grown radically too large. We cannot make things out. We cannot make judgments. Jefferson’s notion of an “informed public” is rubbished.

In my view, our media are complicit—decisively so. The dangerous summer has made this too plain to ignore. They now hand us the elephant’s tail and go about persuading us we know the whole animal. The default position must be the agnostic’s. In the absence of sufficient knowledge—peek-a-boo news accounts, evidence that is not evidence—one cannot condone action. The culture of secrecy may thus overtake itself, although it is difficult to think of when.

Among the curious things to be said in the past few days comes from a 67-year-old Vietnam veteran named Allan Burroughs, who wrote a letter to the News Times, his local daily in New Milford, Conn. He served two tours under Johnson in the mid-1960s, and now he addresses his congressman thus: “With a current commander in chief who makes Johnson look like a genius, I urge you to vote against any approval of unilateral military action.”

It is worth thinking about Allan Burroughs. His gripe about Vietnam has to do with the “partial war” some people say the U.S. fought. But he is not flying on mythologically conceived rights and duties, this old soldier. Elsewhere in his letter he recounts his many journeys to the Middle East, all borne of “an incurable urge to see the world.” This does not seem the talk of an exceptionalist, but of someone who has come to terms with America’s place in the world and in history, and with what is well for America to do and not do.