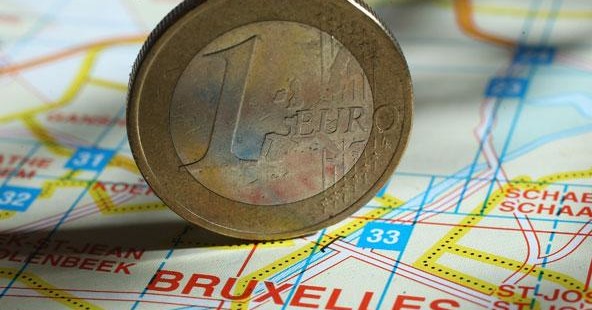 How a European Recession Can Infect U.S. Markets

Europe is starting to look slightly schizophrenic, and we had all better pay attention. The stock slide  last week — the worst of the year — was the direct result of wobbly conditions among the European economies, notably a growing economic and policy divide between the struggling peripheral nations and the better-off core countries in northern Europe.

Saving Greece from collapse, and an exit from the euro late last year was a tour de force for the technocrats in Brussels, the Greek leadership, the Germans and the French, and the international lenders such as the European Central Bank and the International Monetary Fund. The key point then was that Europe held together and, indeed, emerged in a more unified state than it had been prior to the crisis.

The key point now is that Europeans are not acting as if they are unified in any sense. The debtor nations’ problems belong to the debtor nations, the rest of Europe seems to be saying, and we are going to sail on into financial health by way of policies that are emphatically nationalistic and not very European at all. “Let them eat austerity and structural adjustment” seems to be roughly the message from north to south.

Spain is the country bringing all this to the fore. Two weeks ago, Madrid managed to auction only $3.4 billion in bonds out of an offering of $4.6 billion. Since then, yields on ten-year government paper have risen to 6 percent. Yields of 7 percent, just to remind you, are considered a trigger for a full-scale bailout.  No nation can borrow at that cost.

This week could be crucial. Spain has scheduled an auction of short-term bonds on Monday, and another one for 10-year securities on Thursday. Depending on how these go, we may be treated to one of the supreme ironies of this crisis:

RELATED: A Quick Guide to the Eurozone Crisis

Nation are swallowing rigorous austerity plans and setting tough budget and debt targets because that is what the market wants to see. Then the markets say, in effect, “Nah, they can’t possibly manage that,” and stay away from the sovereign debt markets, driving up prices and deepening the hole.

Spain’s center-right politician, Prime Minister Mariano Rajoy, has just pushed through a law requiring the nation to cut its budget deficit to zero by 2020; the deficit was $118 billion last year, 8.5 percent of gross domestic product. He is also putting legal limits on total public debt and giving Madrid the right to overrule any of Spain’s 17 autonomous regions if they refuse to meet their numbers.

All this is happening amid Spain’s second recession in three years. And Italy is not far behind Spain. Italy’s latest bond auction was also a flop. When the Dow Jones industrial average fell 1.65 percent last week, the Italian market spiraled down slightly less than 5 percent.

It now looks as if the European Central Bank’s liberal refinancing operations in the wake of the Greek mess were not much more than a Band-Aid applied to a crisis that still requires much more attention—if not, indeed, surgery.

The problem, to put it simply, is one between north and south. Goldman Sachs recently estimated that, under normal political conditions, Spain now needs to depreciate its currency by 20 percent. Some of the numbers for other ailing peripheral nations are starker still: Portugal should depreciate by 35 percent, Greece by 30 percent, and Italy by 10 percent to 15 percent. The problem, of course, is that none of these currency adjustments are available as fiscal tools for these countries: They all use the euro, just as Germany, France, and others do.

The sick men of Europe cannot be faulted for withholding measures required to regain fiscal and economic health. They have applied the screws of austerity as tightly as they can; political careers have been lost over this. We will have to see whether these nations can meet these rigorous targets—plainly the markets are unsure—but just as plainly the Spanish and others have gone to the limit politically, especially given their lengthy social democratic histories.

It is now time for the northerners, notably the Germans, to do their part as Europeans. As everyone knows, the German Bundesbank has a longstanding paranoia about inflation. And at the moment it is holding to a tight-money policy. This would be fine if we were back in the days of the mark, but in the era of the euro the German central bank should be easing, encouraging domestic banks to lend, and so increasing demand, which is what the nation’s ailing neighbors need.

We are now getting a clearer picture of just what has happened between the rich and middle-income nations of Europe. The latter piled up their immense mountains of debt during the boom years before the 2008 financial crisis, largely because of huge capital inflows from European banks looking for profitable assets. Then the music stopped. These inflows must now somehow be replaced. Equally, Germany and other north European nations must accept adjustments in the value of the euro such that the southern countries can regain some of their competitiveness.

The key to linking all these difficulties is demand. Europe bought some time when it repaired the Greek mess, but stimulus cannot be left out of the equation. This is why countries such as Spain are now getting bled dry. George Soros recently suggested a raft of changes in the EU’s standing arrangements, including a structure that is more conducive to growth. Right now it falls short in this regard, and all of us, as last week’s roller coaster on Wall Street demonstrated, have an interest in Europe getting it right in this key interim.

← Spain, on the Brink, Could Derail the U.S. Economy
The Socialist Who Can Rattle the Global Economy →