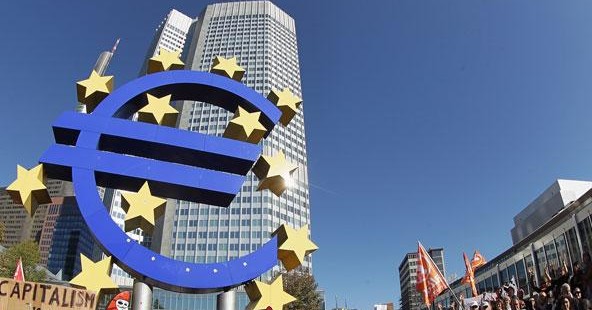 Europe will get its multi-year budget passed–and that’s a “shave my moustache” prediction—in spite of the fact that the European Union failed to reach a budget agreement at a summit in Brussels last week.  We do not know the timetable or the figure for the 2014–2020 period.  What we do know is that the past several years of crisis have done the EU great harm—to its spirit, its idea of unity, and its policies.

After the euro was created in 1999 and subsequently floated in 2002, one could practically touch the new European identity on the streets of Paris or Berlin or Rome. For a visiting American, it was an exhilarating display of confidence in a world to come. Times were good then. Now Europe is midway through the roughest storm to come since the euro was launched. And the ship is taking serious water.

What we saw in Brussels last week was a sorry variant of the phenomenon we Americans call “Nimby,” meaning “not in my backyard.” Every leader favored a tight budget for the coming seven years, but it must not affect the programs that mean the most to a given leader’s country. Thus France, for instance, wants to crunch the budget numbers down, but is a strong advocate of the Common Agricultural Policy, a program of farm subsidies that accounts for about 40 percent of the EU’s total budget.

Here is how the budget brawl shapes up now:

• José Manuel Barroso, head of the European Commission, hastabled a budget of $1.4 trillion with off-budget add-ons. The basic number represents an increase of 5 percent over the previous spending plan. When you consider that the budget covers seven years, a rise of this magnitude is piddling—particularly with so many eurozone economies in trouble. This seems to be the best Europe can do by way of a growth budget.

• On the other end of the spectrum we find British Prime Minister David Cameron. He arrived in Brussels with the threat to veto—EU budget decisions must be unanimous—any budget that does not freeze spending at 2011 levels. Supporting the UK are the Netherlands and Sweden. Together they call for a budget of $1.l trillion. Cameron has done a fine job alienating both himself and his nation from a considerable part of the EU.

German Chancellor Angela Merkel, who has served the European cause as well as anyone might expect given her conservative constituency at home, suggests making use of a cap — presumably a flexible, year-to-year cap. EU spending would be fixed at 1 percent of gross national income of all members together. Right now, this produces a $1.2 trillion budget.

Finally, there is Herman Van Rompuy, the president of the European Council. Splitting hairs wherever he can find them, he proposes a budget of $1.3 trillion, a “moderation budget,” as Van Rompuy put it. It lands his idea about $26 billion below Barroso’s, so allowing Europe’s budget hawks to claim the right to go home and declare victory.

It is not difficult to see room for agreement in these numbers. Somewhere north or south of $1.3 trillion the EU will find its figure, and the next seven years will go on according to it. Most officials predict that negotiations will resume and conclude early next year, in time to put in place all the complicated legislation needed as the new budget takes effect at the start of 2014.

It is nice, as this holiday season begins, to think that Europe will live civilly with itself until the end of the current decade. But I am not optimistic.

Europe is not the same as it was even a year ago. Debt, austerity, and desperation have divided it between the wealthier north and the struggling south, between rich and poor, and between holders of debt and those who suffer the consequences of that debt. Look at Greece. This week it will struggle once again to gain up to $57 billion in overdue aid. But you can see the damage already done on any television news clip showing middle class parents in Athens rummaging through garbage pails for food.

What damage this passage has reeked upon the Continent, you have to marvel. “Let’s be honest. It’s not the money behind this, it’s ideology,” Martin Schulz, president of the European parliament in Strasbourg, said just before the summit got started last week. “It’s representative of the EU today: a deep split about which way the EU should go.”

I count that among the truer things said about the eurozone crisis altogether. What is at work beneath all the arguments and strikes and bond market ups and downs is the now-familiar fight between those favoring austerity alone and those favoring growth policies with it. It goes to the question of whether Europe can any longer afford political frameworks and social practices that go back to the late 19th century. Cameron’s message, and the message of bondholders, is that it cannot. In effect, he proposes to haul his failed austerity policies at home across the English Channel.  French President François Hollande, to choose one of several socialist leaders of his stripe, begs to differ (and will now have to prove his point).

Let there be no doubt, much of Europe needs a reboot. Profligate spending and employment practices in Greece, for instance, are indefensible. But it is a baby-and-bathwater question for the debt-ridden nations in the eurozone, the “Club Med,” as they are known collectively. Does regaining fiscal and budgetary health require a fundamental change in one’s way of life? That is the question Europe must face as it proceeds on from its failed summit.

← Reform on the Back Burner with New Chinese Regime
The Diminishing Role of the U.S. in the Middle East →