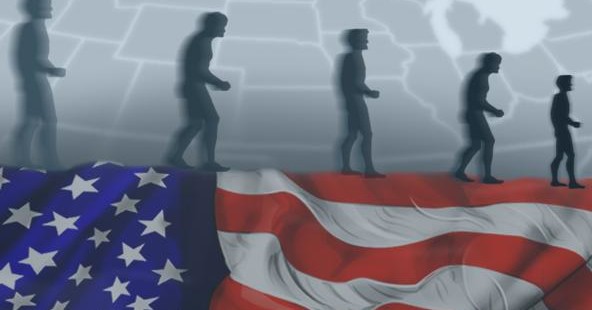 Decline of America: Have We Given Away the Store?

The past weeks of wrenching volatility in the financial markets and the evident confusion in both Europe and the U.S. over how to avoid tipping into a double-dip recession — or a straight-out depression — have once again brought the question of a declining West to the fore.

The free-market model of capitalism is dysfunctional, one hears. The markets are in for a prolonged period of frightening see-sawing. Nobody knows how to create jobs or induce corporations to invest in them. Deprivation and shrinkage are necessary preludes to future growth (on a smaller scale). For recent graduates, the only thing to do is “Go East, young man (or woman).”  There is little left on the home front unless you like the spectacle of a gradual downward drift.

That line of thought certainly squares with the experience of a professor friend who teaches at a college in Connecticut and took some of his students to China this summer. Before departing for the Middle Kingdom, they visited the old Pratt & Whitney plant in East Hartford. Not so many years ago, the aircraft-engine maker employed 18,000 highly skilled engineers, technicians, and machinists. Now it employs almost none. In one far corner, past the rows of empty factory sheds, they found a small R&D shop with a few live bodies still at work. That was all.

When the group got to China, it went to the Pratt & Whitney plant in one of the industrial zones along China’s southeastern coast. There they found thousands of engineers, technicians, and machinists. China already owns 53 percent of the facility. The New Zealander running it figured Pratt & Whitney had 10 to 15 more years to profit from the place; after that, the plant and everything it made and earned would belong to the Chinese. If the Kiwi is right, another blue-chip American name (this one 86 years old) will be no more.

Decline is now part of the American conversation. But distinctions must be made. The most important lies between the phenomenon of relative decline and—another matter altogether—absolute decline.

Relative decline is more or less inevitable and has, indeed, already begun. China and India are rising fast, and they account for 40 percent of the world’s population between them. China, South Korea, and Japan—the core of Northeast Asia—already constitute the world’s third-largest economic bloc after North America and Europe, and it will be second soon enough.

Meanwhile, not too many Americans appear to have noticed, but our brand of free-market capitalism has become something less than the envy of the world since 2008. Look around, from Western Europe across to East Asia: With very few exceptions, some form of social democracy, giving the state a role of greater or lesser magnitude depending on where you are, is becoming the planetary norm, leaving the U.S. the exception rather than the rule.

This is relative decline, and the salient feature of it is that nothing can be done about it: It is the turning of history’s wheel, and it is our good or ill fortune to be living through it.

Absolute decline is another matter. Consider, for instance, the recently released results of a national geography test administered by the Education Department. Four high school seniors out of five were found less than minimally proficient—and scored worse than 10 years ago, when the test was last given. (Sample questions: Where do Hispanic people come from? Why is the Suez Canal important?)

This is absolute decline, and its salient features are two: First, something can be done about it and, second, Americans are generally not doing what they could be doing in one case after another.

Foreign Policy, the Washington magazine, recently published an article on its website under the headline, “Three Cheers for Decline.” Without saying so, it concerned relative decline, and one can go along with the thought to a point. “Look on the bright side, America” the author wrote. “Downgrading your global ambitions could make you a healthier and happier nation.”

Maybe. It depends on how well America reinvents its ties to the rest of the world now that it is no longer No. 1 (except by measures such as national debt), and how imaginatively we redeploy our resources.

But what about the Pratt & Whitney case? It is one of relative decline, if we think of China’s growing industrial capabilities. There is no stopping such nations from climbing the technology ladder. But it is also a case of absolute decline, and anyone who has walked the streets of East Hartford over the last decade or so would have to agree. Where there was something—life, work, community, schools, commerce—there is now sad abandonment. All too literally, we gave away the store and everything it.