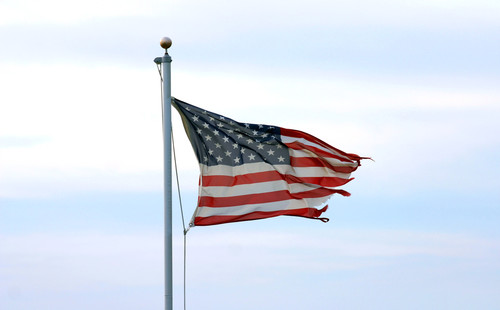 America’s decline could save it from destruction

Bearing less responsibility will have benefits for the country, even if that means wielding less power

This article originally appeared on The Globalist.

There are two key questions. The first: Do Americans want a future that is different from the present or the past? To put it another way, is it possible for Americans to maintain a self-respectful notion of national identity within a new, disillusioned history of themselves?

The second key question: Can Americans remember differently — and therefore advance differently, without the nationalist and exceptionalist identity that carried them to 2001?

We have little to go by in terms of an existing record in American history, and what we have is not encouraging. The Bush years amounted to a simple denial of historical facts, a life-wasting, resource-wasting lunge for American power, even though it had already slipped away.

The Obama presidency, for all its initial promise of change, has been an even bigger disappointment in some respects, given the electorate’s initial hopes. It has offered very little in the way of forward movement.

Barack Obama has clung to the same prerogative rights to conduct military action wherever he sees fit. His administration is guilty of many of the same abuses of law that characterized the Bush years.

Apply a blind and one cannot tell the difference between the security-related legislation Obama has passed and what Bush enacted from the Patriot Act onward.

Does this reflect a cynical liberal effort to mollify conservative adversaries on all questions related to defense in order to preserve power? Or does it signify some frightening, invisible hold the defense and intelligence establishments have over our political life?

One suspects that Obama’s heart has not been in much of what he has done overseas, but one cannot tell. The Cold War and the military and surveillance machinery that arose from it made the American government unknowable in such respects. Fighting global terrorism has only rejuvenated and strengthened that deeply engrained tradition.

It took George W. Bush only two years after September 11 to turn the world’s near universal sympathy into a degree of resentment or contempt unknown in American history. Obama has improved matters, but to nothing like the extent he could have.

It is the same at home. One still finds little that differs from the fundamentalist beliefs that Americans have long held with regard to the markets, the government and the place of the individual in society.

Despite numerous appearances and encouragements, this is not the hour for pessimism. To seek positive answers to the questions I pose, even as we are unsure there are any, is the work of our time.

I do not believe that America’s decline is inevitable, the many signs that it has begun notwithstanding. Relative decline—decline in relation to rising powers—yes, the world is changing and this cannot be helped.

We live in a new and different age, in which the positions of East and West and North and South are shifting fundamentally. Americans should not regret this. To bear less responsibility in the 21st century will do America good, just as the responsibilities it bore in the 20th so often did not become it and proved a nearly ruinous burden. What is at issue, rather, is absolute decline, and this is America’s to accept or counter.

STIRRING AND POKING THE PAST

If we Americans are to take up this task, why must we begin with history? Why do good historians always insist on this? What does the past have to do with making a new future for ourselves? These questions will especially vex Americans, whom I would place among the world’s great forgetters.

To leave the past untouched, assuming it is fine just as it is, would doom Americans to more of it, as the old adage goes. Instead, we must stir it and poke it, as one does a fading fire. We must disturb it until we find ourselves in it as we truly are. We have not attempted this discovery yet.