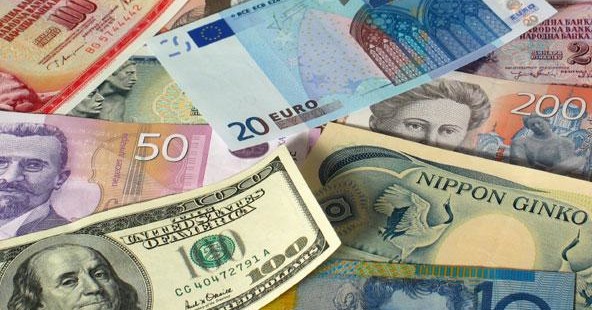 When Shinzo Abe was elected Japan’s prime minister in December, he immediate announced a $118 billion economic stimulus plan — despite a national debt equal to 200 percent of GDP, the world’s highest ratio. Then he went to the Bank of Japan and bullied the governor to raise the nation’s inflation target from 1 percent to 2 percent. Abe’s intent was plain: to re-orient economic policy toward job creation and inflate away part of the national debt.  Instead, he ignited rumors of a global currency war.

Finance ministers and central bankers—not to mention currency traders—were all a-dither last week, girding themselves to fight the arriving danger. The euro was too high and choking a nascent recovery; the yen had lost roughly 20 percent of its value against the dollar and the euro since last November; the dollar was at the $1.33 level against the euro after trading in the $1.20 range a few months ago. We must stop this “economic warfare,” one European official said.

Abe’s intent was plain: to re-orient economic policy toward job creation and inflate away part of the national debt. It is working. Japan had a lousy fourth quarter, but that was not Abe’s doing. Apart from stimulating the economy, Abe has also brought down the value of the yen—by about 25 percent against the euro and 13 percent against the dollar since the start of the year. This is not currency manipulation. It is Keynesian economic policy.

RECOGNIZING THE DIFFERENCE
The best thing to come out of last week’s remarkable turmoil in the currency markets and the bland-beyond-belief communiqués to emerge from the Group of 7 in Brussels and theGroup of 20 in Moscow is that we no longer have to worry about currency wars. This is so not because anybody has narrowly averted one. It is because we now know there is no such thing.

A snippet from the G–20 communiqué issued over the weekend said, “We will refrain from competitive devaluation.” “We will not target our exchange rates for competitive purposes, will resist all forms of protectionism and keep our markets open,” the group of advanced and middle income nations stated.

But currency values are not a function of policies, except in some developing countries. Neither Washington nor London nor Tokyo nor Frankfurt has a currency policy per se. In the era of free exchange rates, the worth of a given currency reflects the overall health and economic policies of the issuing nation, notably (but not only) its interest rates. Debt, deficits, and much else figures in.

THE CHINA EXCEPTION
The only exceptions are countries that manipulate their currencies, and in this respect China is getting away with something near murder. Presumably to get its signature on the G–20 communiqué, ministers and central bankers agreed not to single out China for “targeting” the exchange value of the yuan. Of course it does: China suffers a distorted dependence on exports. So in the case of China we are now in the business of saying the sky is not blue.

This brings us to what we are witnessing amid all the unnecessary turmoil in the currency markets and the statements and counter-statements issuing from ministerial offices. I count two important turns.

First, as the Japanese example demonstrates, what we are actually seeing—from Tokyo to Washington to Brussels and even to London—is not the start of a currency war but a shift in fundamental economic priorities from a neoliberal obsession with inflation and price stability to the need to stimulate jobs and therefore demand.

This is proceeding at various paces. Fed Chairman Ben Bernanke is on the record as of December: American interest rates will remain at historical lows until unemployment gets pounded down to 6.5 percent. That is not terribly different from what the Bank of Japan is now doing.

The Bank of England still puts price stability above “growth and employment,” as its mandate reads, but the Conservative government is coming under increased pressure—not least from Olivier Blanchard, the International Monetary Fund’s influential chief economist—to adjust its priorities.

The Europeans—leave it to them—are bickering about the pace at which they should shift toward stimulus, but they are getting there. French President François Hollande has been calling for a targeted exchange rate—meaning let’s bring the euro down as a matter of policy—but that is a misreading of the moment.

Second comes a more philosophic question. Is it time to call central bank independence the fiction that it is? Prime Minister Abe practically pinned the Bank of Japan’s governor to the wall to get his agreement on the inflation question. It is a case in point. The financial crisis that has now been with us five years has exposed the fallacy that central bank officials—think of Alan Greenspan, the pre-crisis “saint” —operate without reference to the political or ideological leanings of the administrations under which they serve. The Bank of Japan now reflects Tokyo’s economic policy; Ben Bernanke reflects the White House’s.

What we have been calling “the currency wars” these past couple of weeks is nothing more than a process of adjustment. Exchange values will settle. We have entered a period where economic priorities are changing on a global scale. This reflects a shift in views even from last autumn, when austerity was still the faith. This adjustment will have its effect on currency values, let there be no question. Do not mistake it for a wa