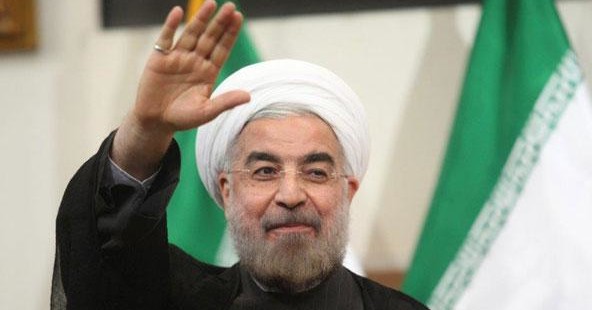 Why It’s Time to Talk to Our New ‘Iranian Friends’

It is exactly a month since Iranians went to the polls in very high numbers and elected Hassan Rouhani their new president, and already most of the pundits and scribblers are wrong.Those elections were not supposed to make any difference. One shrill, unreasonable Iranian leader was like any other. It will be business as usual in that quadrant of the “axis of evil,” as the orthodoxy had it.

This take now proves wrong—wrong as in very wrong. Rouhani, a surprise victor in the June 14 polls, was advertised as a “moderate,” but nobody knew what that meant—especially in the Iranian context. Now it looks as if the word is not strong enough. The 64-year-old cleric, who is close to Supreme Leader Ali Khamenei, shows all signs of a serious liberal, intent on constructively integrating Iran into the global order. He reminds me of Mohammad Khatami, the Western-educated imam who presided over a promisingly reformist government from 1997 to 2005.
There are opportunities here for the U.S., and the Obama administration simply cannot bungle them if it wants any respect at all for its foreign policy. I count three big ones:

• Rouhani has signaled, privately and publicly, that he wants to recast the US-Iranian relationship in concert with Washington. On NBC Nightly News a couple of weeks ago, he termed our collapsed ties “a wound that has not healed.” It is a huge improvement over the “great Satan” rhetoric many Iranian leaders used to spew, to say nothing of the paranoiac pronouncements of the West-hating, xenophobic Mahmoud Ahmadinejad, Rouhani’s predecessor. Rouhani is thinking big; the US would gain if it did, too.

• Rouhani, as the US administration surely recalls, was Iran’s nuclear negotiator for many years until Ahmadinejad removed him in 2006. The new leader has just announced that he will again assume that position. This presents a unique opportunity to make advances toward the kind of lasting agreement on Iran’s nuclear program—its purpose, its ambitions, its limits—that remained a million miles away under Ahmadinejad. Rouhani wants direct talks. The nuclear question is almost certainly his No. 1 topic.

• But Washington and Tehran have another shared concern—Syria—and Rouhani could come to the table (literally) to get it resolved. The US had hardly unwrapped its plans to begin arming the rebels opposing Syrian President Bahsar al-Assad when rebel groups descended into sectarian and factional infighting.

It is now turning into a full-out mess in rebel-held areas. You do not put guns into the hands of people such as these; the policy is a doomed loser. But another way at this can now be explored. Bring the Rouhani government on board—and his ambitions for Iran make this possible—and Secretary of State John Kerry’s so-far-thankless efforts to convene an all-party conference in Geneva will breathe new life.

ROUHANI’S AGENDA
What are Rouhini’s ambitions? It is vital that the US understands them if it is to engage Iran constructively. Highest among them is to bring the Islamic republic out of its pariah stage. Talk to an Iranian and you will know: What pains the nation most is its isolation—economic, yes, but it is more than that. It’s cultural, it’s technological, it’s joining the global community altogether.

Iranians consider themselves roughly on a par with the BRICS, the emerging middle-income nations now driving so much of the world economy: Brazil, Russia, India, China, South Africa. They are right. Iran should be standing among the BRICS. And it knows it has to reach out to do so.

Closer to the ground, there are two other ambitions to note. First, Iran and all the people in it want a nuclear program. There is no point pretending otherwise, and have-or-have-not is not (and never was, in my view) on the table. The question is the kind and size and capability of the program. What’s driving Iran is practical (remember, the Shah had an extensive nuclear power program on the boards), totemic (it is a symbol of equality), and strategic. On this last point, I agree with those analysts who assert that Iran probably does not want a bomb but wants the ability to make one if deterring Israel becomes important.

Two, it is plain that Tehran wants to claim its place as a regional power. There is not much to say about this. For one thing, it is inevitable. For another, what remains open—the zone where things can get done—lies in how Iran will exercise this power.

Over the weekend, the Wall Street Journal reported that the Obama White House has decided to take Rouhani’s accommodating signals seriously. This Tuesday US officials will meet in Brussels where a group called P5 + 1 will debate how best to approach Tehran. P5 + 1 is comprised of the Security Council’s permanent members—the US, Britain, France, China, and Russia—plus Germany. This session deserves applause. Rouhani has serious things to talk about. He wants a new generation of relationships.

There remain all kinds of factions in Iran; there are plenty of “hardliners” in important places, and many things remain to be seen. But Rouhani—who won office with a 51 percent majority in the first round of voting—represents a powerful constituency that favors engagement over confrontation. My biggest worry: It is an outstanding question whether Washington will accept Iran for what it is or insist that enmity is the only option.

Having covered Iran briefly during the Khatami years, it seems to me that when a reformist appears, so do opportunities. Cultivating them requires no more risk than anyone in Washington is willing to take. Ignoring them will have costs: The US would undercut Iranians who favor diplomacy and boost those who prefer the kind of dreadful atmosphere Ahmadinejad did so much to engender.

The P5 + 1 talks this week are a splendid start. I hope they consider the Syria question as well as the nuke program. A couple of weeks ago the Atlantic Council, a Washington research institute, published a report urging a wide range of cultural, scientific, security, and even artistic and athletic exchanges. “Cultural and academic exchanges between the U.S. and Iran are a low-cost, high-yield investment in a future normal relationship between the two countries,” the research paper said.

No one has suggested that amid any warming of relations that is to come sanctions now in place should be lifted. They are powerfully debilitating, Iranian contacts tell me. But that is why they will remain until substantive progress turns them into an item for negotiation. The suffering of others is never a delight, but it is hard to imagine sanctions have not been this past year. . . well, let’s call them a motivator.

← New York Times shocker: The truth about Egypt slips out
They still hate us: No one wants to be America, anymore →