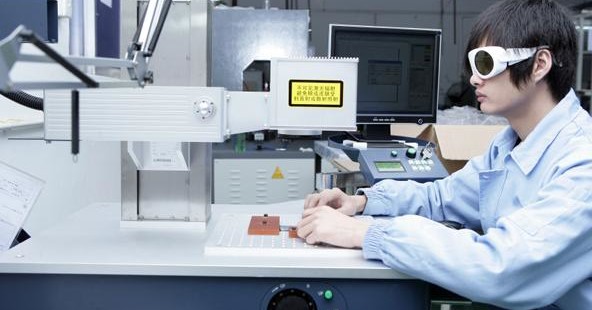 Why China’s Telecoms Should be Kept Out of the U.S.

Last week’s report from the House Select Committee on Intelligence appears to be a good example of China bashing. After a yearlong investigation, lawmakers recommended that two Chinese telecom companies, Huawei Technologies and ZTE, be kept out of the U.S. market because Beijing could use their equipment for cyber-espionage.

The 52–page report does not offer one shred of evidence that either company has been involved in anything spooky. Through innuendo and suggestion, the report reeks of the kind of retrograde paranoia that has tinted U.S. policy and attitudes since Mao took Beijing and America “lost China.”

The congressional report has had a mixed reception. Huawei and ZTE, needless to say, have come out swinging. Huawei has launched a web site in its own defense.

Tech experts and Asia watchers are critical of what looks clearly like another helping ofprotectionism. This is why it is difficult to say what needs to be said now: Under current circumstances, these two companies should be blocked from expanding their into the U.S. telecom market.

One can draw this conclusion without lining up with China bashers, protectionists, or Cold War nostalgists of any stripe. The judgment is based on a clear-eyed view of China’s development model, the nature of relations between government and the productive sector in China, and the priorities of a leadership carrying its own baggage from decades of suspicion and enmity gone by. In the case of Huawei, which has faced opposition in Washington for years, you begin to see how America’s lingering wariness encourages China’s (and vice-versa).

Huawei ranks No. 2 among global telecoms companies, behind Ericsson, and reported $32.4 billion in revenues last year. Almost three-quarters of sales came from outside of China; U.S. sales were $1.3 billion, 4 percent of Huawei’s worldwide total. The company was founded in 1987 by Ren Zhengfei, a former officer in the People’s Liberation Army. It is not listed on any stock exchange, which makes it hard to see into the organization.

ZTE is much smaller. Its sales in the U.S. last year were a mere $30 million. This company is listed, on a section of the Hong Kong Stock Exchange reserved for mainland companies. About 16 percent of the shares are held by state-owned enterprises on the mainland.

There is something else to note about these two corporations. They are oddities in their field. China has designated telecommunications as one of its “strategic industries,” much as the Japanese once designated cars and steel. Most Chinese telecoms companies are thus state owned. Here is something interesting: ZTE had sales last year of $8 billion; it has a credit line from Chinese banks worth $25 billion.

Even before the House committee released its report, both Huawei and ZTE had asserted that there would be no reason for them to cooperate with Beijing authorities in any espionage program focused on the U.S. Why should they, their executives asked: It is not in their business plan. The better question, as came clear during a 60 Minutes broadcast, is, Why shouldn’t they?

First, there is the vast program of cyber-espionage the Chinese conduct practically the world over. Second, as the details of these companies make clear, relationships between the Chinese corporate sector and the government are of another order than in the West. One does not even have to decide which model is better. They are simply different. Chinese companies (again like the Japanese before them) are dedicated less to competition than to cooperation for the sake of national development.

This industrial culture is imported right along with the telecom equipment the two companies make. Is it credible, then, when execs from Huawei or ZTE say “Who, me?” when the matter of cyber-spying comes up? You do not have to hold these companies up as guilty in order to answer, “No, not now.”

With these matters in view, it begins to look as if the House committee may have done the right thing for the wrong reasons. The questions raised by the Huawei case are not going away. The threat of cyber-attacks is now prompting Pearl Harbor-style rhetoric from the Department of Defense. Transnational production of practically everything except good Parmesan cheese is a twenty-first century reality requiring twenty-first century policies. What to do, then?

The answer is not easy, but none other than the Brits may bring us closer to one. Even as the House report was pending, Prime Minister David Cameron greeted Ren Zhengfei at Downing Street. Ren and the British PM agreed that Huawei—which already has a sizable UK operation—would expand its activities by way of a new $2 billion investment. The company is expected to double its employee count in Britain to 1,500.

What about the security question, then? On Sunday, a group of MPs announced they were launching their own investigation—almost certainly prompted by the report from Washington. But Cameron is likely to prevail in this one. In partnership with the Brits, Huawei has built a Cyber Security Evaluation Center outside of London. In it, Huawei techies work alongside British spooks from the Government Communications Headquarters, one of the UK’s spy agencies. Between them, they vet equipment for its safe deployment in Britain. Huawei cannot be more open-faced than this.

Curiously, the Canadians may have just come up with an idea of their own. Huawei should be permitted to operate on ordinary private-sector systems, proposes Ray Boisvert, formerly a senior intelligence official, but it should be blocked from participating in the development of a new network that will carry government data and communications. “I really do believe that it’s possible to manage it as it is,” Boisvert says.

So do I. But America lacks the structures and mechanisms the British and the Canadians are developing and already using. This is the task. It is part of the national equipment that all of us will need in the new century. America wants to see China develop companies such as Huawei and ZTE. (And it ought to want to keep the 1,700 jobs Huawei has created in the U.S.) For now, these two should be left to tread water. But it is time for Washington to develop solutions to this, a very twenty-first century conundrum.

← Sanctions Will Turn Iran into Another Cuba
How Long Will China’s Slowdown Hurt U.S. Markets? →