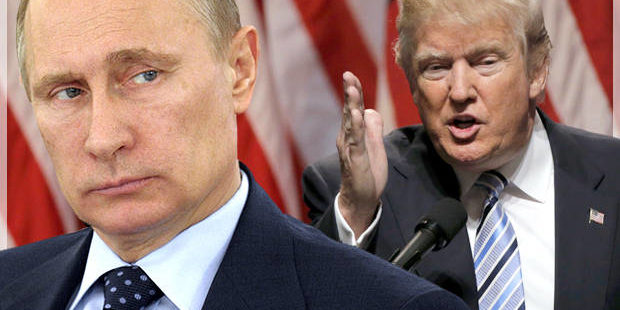 War in the media age: Hysteria over Trump’s supposed Russian ties made headlines, but the “story” is remarkably flimsy

From one week to the next, I note with mounting anxiety the media’s habit of using innuendo, loaded suggestion, assemblages of proximate facts, implication short of assertion and omission to avoid factual news reports. We, the reading and viewing public, are invited to draw conclusions about major events with ever-increasing degrees of uncertainty. Forget enlightenment. We grow endarkened.

Just as alarming are the numbers of us who are perfectly willing to take part in this pervasive ruse. Shrill conviction follows, and a dangerous undertow of fear, animus and belligerence follows.

There is nothing new in this. Americans have been easy marks for those practiced in the manipulation of crowds at least since newspaper magnate William Randolph Hearst provided Theodore Roosevelt, then secretary of the Navy, with the righteous frenzy he needed to start the Spanish-American War. But things are far graver now. There is incalculably more at risk. This nation faces large, consequential decisions but insists on rendering itself ever less capable of making them.

That is what it comes to. Consider the distance, in numerous recent events, between what occurred, what we know, what we are told we know (less in each case) and what we are then duped into assuming. It is large. And it is consequential.

Three weeks ago we had the hacking of the Democratic National Committee’s electronic mail: The Russians did it. Last week we were warned that Russia is amassing troops and matériel in Crimea in response to a Ukrainian incursion: What incursion? President Vladimir Putin must be planning an invasion of Ukraine.

Now we are treated to a Swiss-cheese review of Paul Manafort’s business dealings in Ukraine prior to the U.S.-cultivated coup in 2014: Trump’s campaign manager must be some kind of under-the-table agent working on behalf of Moscow and an assortment of Russian oligarchs. On Monday Trump gave a foreign policy address that was reckless once again.  Never mind that Trump’s thinking amounts to a reprise of Bush II’s — which was endorsed by the very newspapers now intent on “scaring hell out of the American people,” to borrow an infamous Cold War coinage.

The press, with the, in my educated opinion, government-supervised New York Times conspicuously in the lead, builds sandcastles atop each of these events. Each is somewhere along the progression — no, regression — described in this space after the DNC’s mail hack: An unsubstantiated assertion with useful political implications is followed by intimations, then more adventurous insinuations. These devolve into a probability, then a belief. After more innuendo, the blur between truth and suggestion is sufficient to state the still-unverified assertion as simple fact.

Who is not complicit? Too many of us accept not-facts as facts, even as nothing has been established and little is actually known.

One more thought on all this: How dare the Times publish some of its worst-ever flimflam on every one of these developments, given its record of supine compliance with Bush II after the Sept. 11 events and its demonstrably dishonest coverage of Ukraine since the 2014 coup? In an astonishing confessional published on Page One last week, our friends on Eighth Avenue acknowledged that they are incapable of covering Trump with any objectivity. So much for the Times, one has to say. (Who drives the bus over there, I wondered when I read that piece. The copyboys?)

“The information age is actually a media age,” John Pilger, the noted Australian-British journalist, said in a late-2014 speech. “We have war by media, censorship by media, demonology by media, retribution by media — a surreal assembly line of obedient clichés and false assumptions.”

Washington’s enemies du jour are the targets in this war. But so are we, readers. If the Vietnam War taught the policy cliques anything — a debatable proposition — it was that they cannot conduct foreign adventures in the interest of empire without domestic consensus. The media’s task devolves into nothing more than securing your consent by any means necessary. And the truth generally does not do it.

There are casualties, as there are in all wars. One is sound judgment on any given question. A short-term deflecting of attention from the DNC’s political chicanery, for instance, renders us less able to understand how cooperation with Russia is by far the wiser course. “Wouldn’t it be great if we got along with Russia!” Trump exclaimed not long ago. That it would is perfectly obvious, but only to those few who do not partake of the Kool-Aid.

The press is a casualty, too, but no tears here. Abjectly short of guts, members of our media long ago surrendered any notion of themselves as an independent pole of power in deference to political (and corporate) power. In the current context, I hope these people (and myself, too) are still around when — or if — the time comes to embarrass them for all the hyperbolic dishonesty they now indulge in.

The national conversation is poisoned to the point it is no longer a conversation and bears little relation to reality. We can neither hear nor think. This is what I mean when I assert we disarm ourselves in the face of tasks that will determine our success or demise in the 21st century. Never mind Trump: He is merely the flower of the American right’s 30-odd year revival.

We must all read or reread our Edward Bernays, given our predicament. Bernays, the diabolically cold-blooded flack who made collective mind control into his life’s work, was 30 years away from publishing “Manipulating Public Opinion” when Hearst got Americans hopped up for the war against Spain. High among Bernays’ many debased undertakings was his role in doing the same thing as the Dulles brothers got us all ready to topple the Arbenz government in Guatemala in 1954.

Bernays, the pioneer of public relations, invented the game as we have it. There are no rules in the game. There is no room for principle or detachment. Public space is turned into a littered chaos. Has it ever been more important that we know the game and how it’s played so that we reject our positions on the game board in favor of salvaging our crippled democracy?

← Bashing Trump Is Easy. Seeing His Foreign Policy Is Smart Takes Guts
Why It’s Time for the Fed to Green Light a Strong Stimulus →