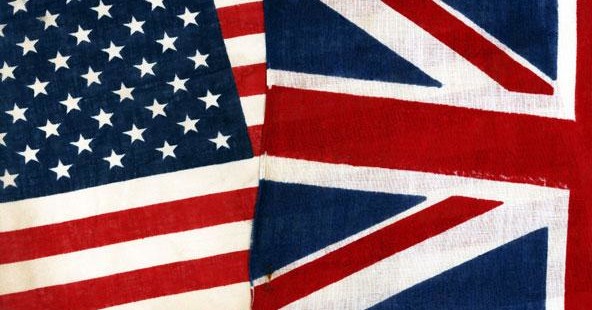 German Chancellor Angela Merkel wants it. So do British Prime Minister David Cameron and dozens of prominent business leaders. And Washington sources tell me President Obama will back the idea when he delivers his State of the Union speech on February 12.

What’s the fuss? By near unanimous agreement, Western leaders and blue-chip business execs are lining up behind a trans–Atlantic free trade agreement. Momentum on the project has mounted since a US–EU working group formed last year. Its report is due as early as this week, and it is expected to call for negotiations and a deal this spring.

There is only one problem. It is the question of compatibility. There is a laundry list of policy questions that separate the U.S. and Europe by cultural values, political traditions, and social norms, and these are not so easily accommodated, even among friends.

Let there be no question, a US–EU free trade agreement would be the world’s largest, creating an economic bloc boasting $4 trillion in trade, investment, and commercial sales. Annual trade in goods and services across the Atlantic accounts for about $650 billion of that figure (and 40 percent of global commerce).By comparison, American trade with China comes to about $500 billion, with a $300 billion balance in China’s favor.

The potential benefits of a trans–Atlantic FTA are numerous. Tariffs between the two sides are already low, averaging about 5 percent to 7 percent. However, a study by the US Chamber of Commerce found that eliminating these tariffs would boost two-way trade by $120 billion within five years and add $180 billion to the new bloc’s combined GDP. An FTA would also add 1.5 percent to 2 percent combined to U.S. and European output.

The global influence of this gigantic economic and commercial entity would be more than either side now enjoys, notably in their dealings with China, Japan, and other nations with differing economic models. Everyone touts “the Asian century,” and the rise of China, India, and others is plain enough. The FTA about to be put on the table would give both the US and Europe ballast.

But here is where the house of cards begins to look like… a house of cards. At least in relative terms, things such as tariffs are value-neutral. You can have low tariffs or none and run any kind of economy you prefer. But America and the European Union remind me of a couple I knew in college. They loved one another madly, but could not agree on anything. And they never made it down the aisle. Americans and Europeans are unlikely to cut a deal because of conflicting policy priorities.

• Compatible regulatory regimes: Can the two sides achieve them? They are very different in terms of the extent to which governments can intervene to restrict (or not) corporate investment, for instance, or regulate financial entities. America’s markets are more self-regulating than Europe’s.

• Testing, certification, and licensing standards: When it comes to procedures required to put products on the market, Europe’s standards, in general, are much higher. This covers everything from drugs to wine to building materials to artisanal cheeses. It is a considerable source of potential conflict.

• Labor standards: America just reached a70–year low in the proportion of workers—11.9 percent—who belong to unions.  Europe, of course, is far more heavily unionized. Whose standards are going to apply if, under an FTA, Europeans insist on extending their standards to cover imports from the US?

• Environmental standards and climate-change policies: The Europeans are far in advance of the Americans by this metric.

• Food safety: Genetically modified organisms, or GMOs, are allowed in some of America’s food supply while the Europeans do not trust them.

America and Europe do not already have an FTA because of culture, political history, and different notions of the role of the state. It will be tough getting to the front door of the church.

THE TAX THAT COULD BLOW THE DEAL
As if to underscore this point—and the timing could not have been better—the EU Commission leaked the news last week that it is about to publish rules for a long-discussed financial transactions tax, an FTT, otherwise known as the Tobin tax (after the American Nobelist who first proposed it). According to the Financial Times, it will cover France, Germany, and nine other EU members and will be in place a year from now. The FTT will impose a tax of 0.1 percent on stock and bond purchases and 0.01 percent on derivatives trades. Anticipated revenue to the EU: $41 billion to $48 billion.

The FTT question has divided Europeans for years—hence the 11 members in and the 16 out. The main outliers are Britain and Sweden, but there is no question of an EU breakup over the issue. The 11 members account for two-thirds of the EU’s GDP. They also include Italy, Spain, and others among Europe’s larger economies.

There has also been a sort of lump-under-the-blanket problem: What is to keep a financial institution from moving its trading activities elsewhere?  Gotcha, says the EC. The commission’s plan allows governments to tax all institutions under their jurisdiction, regardless of where a transaction is made. These are called anti-avoidance clauses. Example: If Société Générale does a trade in New York or Hong Kong, it will pay the FTT at home in France.

Americans are unlikely to go for this—count that a certainty. Beyond that there are imponderables galore. What impact will a Tobin tax have on trading and investing in a global economy?  Who will end up paying it–the pension fund? The consumer? The broker? Spreading the net wider, what impact on consumption, retailing, or GDP, or many other dimensions of economic activity?

The past week or so suggests strongly that the US and Europe are growing subtly apart, not closer together. We should keep our hopes in line.