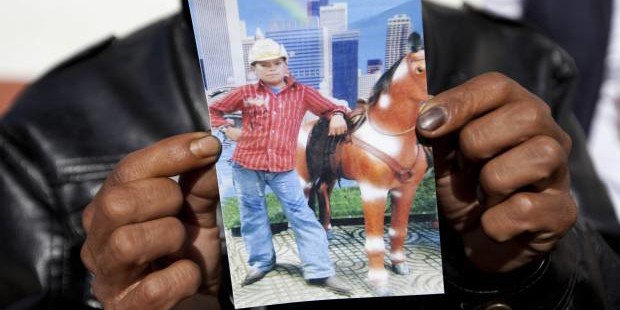 The truth about the immigration “crisis”: Our drug policies and U.S.-backed tyrants created Central America’s culture of violence

If you want to really understand what’s happening at the border, revisit the violence we visited upon the region

Some years ago, I flew in from Asia to interview some State Department people and stayed with my dear friend Judith Evans in Northwest Washington. A Latin Americanist with an honorable record as a correspondent, Judith spoke Latin American Spanish. This put her right at home in her building: The staff were all Honduran and Salvadoran.

Jump cut. Years later I strayed into the town of Brewster, New York, one morning as dawn broke. Brewster would have been another white-bread Westchester suburb but for one thing. On every corner were scrums of guys in shabby work clothes. A pickup would come by, and the driver would hold up two, three, four fingers, and that many men would climb in back for a day’s labor —landscaping, house painting, bricklaying, what have you. They were Latin Americans to a one, none documented.

One more jump cut, this by way of a confession. More years later I had a decrepit farm up here in the New England hills, with maybe an eighth of a mile or more of stone wall that dated to the 18th century settler who first cleared the meadows. I rebuilt it as the bank book allowed, always with crews of Mexicans or Central Americans, itinerant so far as I could make out. I own up to participation, then.

The question everyone asks now is O.K. “Why do we suddenly have floods of unaccompanied children washing across the southern borders of the U.S.?” But there is a better question. “Why have we had floods of Latin Americans pouring northward for a couple of generations running?”

And then there is the best question. “Why are we so preoccupied with the first question that the second never gets asked?”

It seems to me a question of ownership, as in — two more good questions — “Who owns this tragedy? Who are the architects of the continent shoving these children into perilous journeys of no certain end?”

Maybe my answers seem already to be evident. Anyone who has held even a brief history of our hemisphere in hand would have to come to the same conclusion. We have detained more than 50,000 undocumented Latinos, most children, trying to cross the border since last autumn. This is not a Latin American crisis; it is an American crisis in the fullest meaning of the term. Acknowledging this is sine qua non of any serious solution.

Do American lawmakers and the Obama administration want a serious solution? It is my final question, promise.

To address the recent surge in undocumented migrant children without reference to the historical phenomenon permits our officials and journalists, and in turn all of us, to put it down to such problems as gang violence. “Gang violence, fueled by the drug trade” is the favored explanation over at NPR.

Mealy-mouthed, this stuff. For me, “gang violence” starts to take on aspects of the term “terrorism,” my least favorite word these days. Nothing more need be examined. It is implicitly “other.” Instantly one lands in the safe, eternal present, where one is clean of it all.

At bottom our address of the immigration problem serves the need we norteamericanos nurse to claim a kind of detached perplexity at the perverse behavior of Central Americans — the petty criminals, the traffickers and now even the mothers and fathers. As with so much else in the orthodox American worldview, it is all a matter of spontaneous generation.

For weeks I have waited for some account of this crisis that acknowledges the very large role of American policy of various kinds over many years or, depending on how you count, centuries. This would fracture the narrative, yes. But this elephant is simply too large to ignore, surely. And the narrative has critical fault lines, like a piece of old marble, as we all know.

Nothing. I am not a declinist, but we do seem determined to duck the realities of our time until we make decline one of them.

“Do not send your children to the borders,” President Obama said in a television interview the other Sunday. “If they do make it, they’ll get sent back. More important, they may not make it.”

I find this remark not short of disgusting for its several subtexts. Central American parents are so stupid and loveless that they must be instructed to care for their offspring. Their decisions are calculated — suspect, that is. These mothers and fathers are ignorant of the dangers facing their emigrating kids. The best place for them to be is in the environment — to which no reference — they are escaping on orders from the calculating parents.

Let us look briefly at the causes responsible leaders should be talking about and responsible correspondents, above all those in the field, should be writing about even if — especially if — the leadership refuses to acknowledge responsibility.

Violence is a good place to start. Practically every nation in Latin America has passages of gruesome violence in its past. There seems no question it is a factor now among the Central American nations. What about this violence?

Those Central Americans I met in Washington long ago were refugees from violence — state-sponsored violence in the 1970s and 1980s. They had fled wars fought by American-supported regimes, nominally against a Communist menace. But these were not anti-Communist campaigns, of course. The enemy was social democracy, from the Arbenz coup in Guatemala onward, and Washington feared the region’s social democrats more than Communists for the simple reason social democracy actually works.

One of the challenges of post-Cold War Latin America has been to root out the culture of violence the Cold War cultivated. We have a different kind of violence now, non-state violence, but this cannot be understood as unrelated to this culture. Indeed, the gang violence is in part prompted by the harsh, not to say brutal police and sentencing policies still in effect and still encouraged by American police agencies.

The causes of Central America’s culture of violence are not lost on those forced to breathe its air. And no amount of flinching on our part will ever come to anything.

Drug trafficking is a related phenomenon so obvious that it more or less speaks for itself. NPR would have been more honest in its “explainer,” noted above, had it mentioned even once who was at the other end of the “drug trade.” No buyer, no transaction.

Since the Nixon administration American officials have been intent on suppressing supply — in effect exporting the problem, a common way at a lot of things. But pretending North America is not a primary factor in Latin America’s drug-related violence is too silly to waste more than a couple of sentences on.

Poverty, then. Neither is this a new cause of the flows of Latin American northward. It is very old, indeed, but it has worsened markedly in recent years. Note the ages of these children: pre-adolescent, adolescent? I find a clue in this. Almost certainly most of the children coming now were born after the signing of NAFTA in 1994 and before the signing of CAFTA, the Central American version of same, a decade later.

The impact of these agreements is accumulating a record. Anyone not given to rational-choice theory, or corporate manipulation, would have easily understood that these societies could not possibly withstand the import of neoliberal economic models. Cheap grain imports drive farmers off land, small businesses are bankrupted, state-run companies providing essential services and products are turned private, subsidies are withdrawn, wages suppressed.

And parents made desperate must love their children enough to help them get out. Where, please, is the surprise? And where lies the responsibility?

Given that causality prompts hives in our legislators and leaders, to say nothing of our media, you get all kinds of nonsense emanating from Washington. For much of the Republican right, this is another occasion to attack Obama, nothing more. O.K., you cannot expect more from a party that cares about nothing or no one else.

Then you have the “pull factor” argument — the thought that American law induces people to drop their lives entirely and come our way. Think about this for a sec. How inhuman does this imply Central American mothers and fathers to be if the northward migration is all about a law that protects migrant children from harm? This is enough to break up families? One must have some weird idea of Latin American families (which are, indeed, greatly more coherent than the norm in the north).

Here is a good one on this point, from Carl Hulse, a longtime New York Times reporter in Washington who ought to know better, if I may say so. (And maybe he does but cannot write it.) The topic is a law called the Wilberforce Trafficking Victims Protection Reauthorization Act of 2008. It does what its name suggests, and Bush II signed it at the very end of his second term.

“Now the legislation, enacted quietly during the transition to the Obama administration, is at the root of the potentially calamitous flow of unaccompanied minors to the nation’s southern border,” Hulse wrote in the July 7 editions.

At the root? The law is at the root of nothing. There is no shred of evidence to suggest otherwise. The net of this argument is to get Americans to accept that there is law and there is humane behavior, and we are to prefer the former in our late, besieged state (except when we break it). The latter is thus made the weak-kneed stuff of “liberals” or whomever — unworkable.

At this point, no one in Washington appears to be missing a chance to make gains on the backs of desperate young people and their parents. John Kelly, the Marine general running the Southern Command, warns of a “crime-terror convergence, an incredibly efficient network along which anything — hundreds of tons of drugs, people, terrorists, potentially weapons of mass destruction or children — can travel, so long as they can pay the fare.”

Incredible is just right, general. Your opportunism is beyond belief.

One can no longer tell what Obama thinks or stands for on more or less any question in front of him as he begins his long, too-slow exit. In this case, at a minimum he is guilty of countenancing these kinds of arguments instead of shoving them back very hard at those making them.

For the rest, per usual, one cannot make out what is Obama and what is Obama getting his arm twisted. And if the latter is the case, I blame him for not being a better political wrestler. In either case, the recent record is dreadful.

He proposes to suspend the 2008 law noted above, in the service of getting these children out of our midst more quickly. This to me is the worst. As to the $3.7 billion increase in the enforcement budget he proposes, it is a wasteful play to the peanut gallery. The southwest border with Mexico must already be one of the world’s most militarized, up there with the Israel-West Bank wall.

So does our president feed the brazen, unmissable fallacy that we Americans up here in the north must ward off the sordid problems of others. It is the enormity of the shuck in front of our eyes that astonishes me this time.

Footnote: David Bacon, an accomplished writer on Central American migrations, the Free Trade Agreements, globalism’s impact in Mexico and Central America, and related topics, has contributed an excellent piece to In These Times. I urge it upon readers who get this far in mine. It is here.