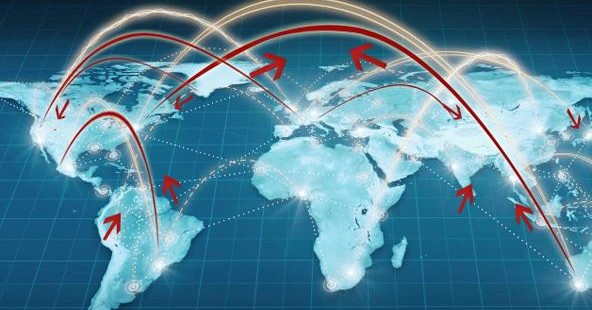 The Global Fiscal and Political “Cliffs” of 2013

The U.S. “fiscal cliff” is one of many fiscal and political precipices to be faced globally in the New Year.  Here’s a snapshot of how far the world will have to climb in 2013.

SYRIA
To begin with the hottest of hot spots, the regime of Bashar al–Assad in Syria is living on borrowed time. It could collapse as early as January Washington sources tell me. Assad’s remaining friends are already jumping ship: Last Friday Russia proposed to meet with a leading Syrian oppositionist. That may or may not happen, but sentiment in Moscow—which has criticized the U.S. and many other nations for recognizing the Syrian opposition—has clearly shifted. It is an important signal that the end is near for Assad.

The ripple effects of Assad’s departure are almost too many to calculate. The biggest loser will be Iran, an assiduous supporter of Assad. Gone will be Tehran’s dream of a corridor of Shi’a power reaching the Mediterranean. Hezbollah, the influential Shi’a group in Lebanon, will have to decide if it is a revolutionary party or a political party. My guess is that it will choose the latter course, which will change the shape of the Arab–Israeli standoff.

IRAN
The signs are that Tehran may be edging gradually toward the negotiating table. Layers of sanctions have hit the country far harder than the leadership had expected—as of last week they include such things as shipping insurance. —The clerics in power have begun to go soft on highly visible critics. Ray Takeyh, a leading Iran authority at the Council on Foreign Relations, just quoted an Iranian general as saying, “If the Americans behave properly we can negotiate with them.”

Negotiate what, you may ask. Sources in Washington say the administration and the defense and intelligence establishments have all concluded that a military response is out of the question and that Iran is destined to attain at least a limited nuclear capability. That could mean having a 5 percent enrichment capability and fulfilling a 20 percent capability by shipping uranium out of the country. This would make Iran the equivalent of Japan—“a virtual nuclear power,” according to a Washington official.

“Obama is sure to get beat up for this by the Israeli lobby, but it’s the best deal we’re going to get,” the source says. “We may be close to it now, and it can work if there’s enough transparency in it.”

CHINA
It is already plain that the leadership change of this past autumn will mean little by way of policy innovation and forward thinking. The five-year plan Beijing announced two years ago was full of wise strategies: boost domestic consumption, reduce dependence on exports, break down the state-owned enterprises, grow small businesses, spread the wealth to rural areas. But little of it is happening.

“The leadership knows exactly what it has to do,” says Robert A. Manning, a senior fellow at the Atlantic Council in Washington. “But they’re completely baffled as to how to do it and stay in power. The C.P. elite is simply too networked into the arrangement as it is.”

Treading water can be OK in some circumstances, but the Chinese cannot afford it. The danger is that it will fall into what the Asian Development Bank calls “the middle income trap.” That is when wages are too high for a nation to compete on labor costs, while the nation cannot compete with richer rivals because its productivity is too low.

China is very close to this trap—its very own cliff. And the Asian Development Bank estimates that the middle-income trap could cost Asian economies $87 trillion in output by the middle of this century. Malaysia, the Philippines, and Sri Lanka have already fallen into it. Let’s watch China carefully. Xi Jinping, the nation’s innocuous new leader, will have to do more than signal his faith in reform and make a fuss over anti-corruption drives that are in essence stage performances.

SOUTH KOREA
A couple of other things appear on the horizon. South Korea’s new president-elect, Park Geun-hye, has already announced that she will seek to reopen talks with the North. It is interesting, of course. There have been no substantive negotiations of any kind for many years. And Pyongyang has just tested a ballistic missile that can reach California.

But it is not clear what Park will find to talk about with Kim Jong-un, the young inheritor of power in Pyongyang. The “sunshine policy” declared by the late Kim Dae-jung 15 years ago—which called for investment, aid, and negotiations—is far preferable to the confrontational approach favored by the North Korea hawks in Seoul and Washington. But note: It is now 30 years since the Chinese showed Kim’s late father, Kim Jong-il, the wonders of capitalist economic reform on a tour of southern China. Not much has rubbed off. High hopes for what Park can get done would be misplaced.

EUROPE
Finally, we come to Europe. The year we leave behind has been far more productive than many skeptics believe amid the flurry of events that kept the world off-balance for most of 2012. Things got done: new terms for ailing nations, substantial debt discounts, and a new structure required for an EU banking union. But this year the strength of the currency union and the EU itself will prove out—or not.

My take is simple. It is going to be a political year in Europe. Two ideas of the right political economy—social democratic and neoliberal—are essentially at war. The question is whether Europe’s populations—in Greece, in Spain, in Italy—can protect some of the long social democratic tradition that is plainly alive within them. If they cannot, they may go down swinging.

What happened in the streets of Athens and elsewhere this past year was often gruesome. But it was not decisive. This could change in 2013. Europe will have to find a kind of “third way” if it is to avoid the mayhem lurking right around its street corners. Unrest will be more costly this time.

I wish my readers a Happy New Year, and a fine 2013. There will be plenty to talk about.

← As Europe Slowly Recovers, the US Heads off the Cliff
Will the US Be Aced Out of A New Asian Alliance? →