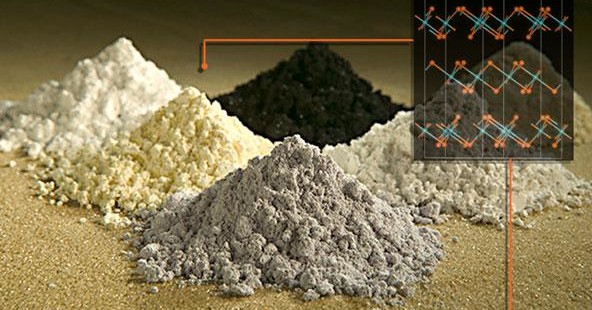 President Obama’s move last week to pursue a WTO case against China, whatever the merits of the U.S. argument, is at the least badly timed and is possibly a mistake altogether.

We are all for an amicable, equitable relationship with China. But as the Chinese reduce their production and exports of rare earth metals, which America depends upon—wham! We head for the World Trade Organization as quickly as we can get there and with as many allies as we can gather.  It is a misguided move.

For one thing, it is going to take several years for this case to make its way through the WTO’s councils and procedures, and by then the supply-and-demand picture is likely to have changed to the West’s advantage. For another, while Obama is following a long tradition of China-bashing when elections are near, this time the moment coincides with a delicate shift in power China’s top ranks. Suing China for relief on a trade matter this year risks a very undesirable impact on the overall relationship with a new generation of Chinese leaders.

“It’s all politics,” says Marshall Auerback, a global strategist at Madison Street Partners, an investment management firm in Denver. “Obama wants to show he’s being tough on trade when the real problem is he lacks a fiscal policy right at home that is directed toward employment growth.”

True enough, China has long served as an effective distraction from a politician’s shortcomings. But it is not quite all politics: We have to leave a little room for hypocrisy. Mining for rare earth materials is a gritty affair, and if you have seen the huge scars the industry leaves behind you will know what I mean.

One of the reasons China has given for restraining both production and exports is to improve its environmental record badly needs improving. The other reason is to keep the industry sustainable, which is sensible enough.

“China can’t win with the Americans,” Auerback adds. “We accuse them of polluting their way to prosperity, but then we say, ‘No, you can’t control a very dirty business.’”

The rare earths case has been simmering for some time. It involves minerals that are essential in producing high-technology products as cellular telephones, electric cars, and wind turbines. There are 17 of them, they have names such as cerium, europium, and dysprosium, and they are, as advertised, hard to find. At the moment, China provides about 90 percent of the world’s supply.

China has been doing the West’s dirty work. …China now wants “to join the buy side.”

China began limiting exports of rare earth minerals in 2006, primarily by capping production and imposing export quotas on domestic companies mining them. The U.S. alleges that Beijing is also systematically requiring foreign companies that use rare earth substances in their products to relocate factories to the mainland—an allegation it has yet to prove.

The first thing wrong with this picture is the fallacy that China enjoys a “near monopoly”—the favored phrase in the news accounts—on rare earth production. It enjoys nothing of the kind. China accounts for less than half of the world’s proven reserves. Production elsewhere has fallen off partly because prices did, too, and partly because it is among the less welcome enterprises in advanced countries.

In effect, China has been doing the West’s dirty work. Two months ago, two Chinese rare earth specialists told a conference in Vancouver that China now wants “to join the buy side.”

This is plausible—and, of course, it is just what the U.S. nags China to do more or less daily. Molycorp, a mining firm based just outside of Denver, has just reopened a rare earths mine in California that formerly met most of the world’s demand. (One can hardly imagine what it looks like.) Other companies are opening mines in Australia, South Africa, Canada, and Wyoming.

Why? Because prices for rare earth elements spiked by as much as 50 percent in the last decade, according to the Defense Department, and that reflects China’s policy to limit production and sales. By the end of this decade, production outside China is expected tomatch China’s output, which was about 130,000 metric tonnes last year.

“It’s all a function of price,” says a Washington official who cannot be named because he is unauthorized to discuss the topic. “If the Chinese made a mistake, it was in letting the price get high enough that others will start investing elsewhere.”

There are a couple of “take homes” in this affair. The rare earths case demonstrates clearly enough that China remains highly mercantile in its economic outlook and policies. “If China would simply let the market work on its own,” a frustrated Obama said last week. But let the innocent cast the first stone. Japan was highly mercantilist for most of the postwar period; the U.S. was until well into the 20th century. What China is doing is the tried and true path to development—tried by nearly every modern nation.

In addition, we should watch just what is happening in China’s rare earths mining industry. Beijing is now lending four state-owned mining companies funds to buy up all the smaller players. This tells us that another state-controlled industry is on the way.

China’s current five-year plan calls for a shift to consumption-led growth and away from state-led capitalism. If employment goes even slightly soft, that may not happen as swiftly as China intended when it announced the plan a year ago. “There’s nothing like a state-owned enterprise to get the jobs going,” the Washington official said.

← The Greek Debt Deal: Austerity on Steroids
China Reboot: From Textiles and Tea to High Tech →