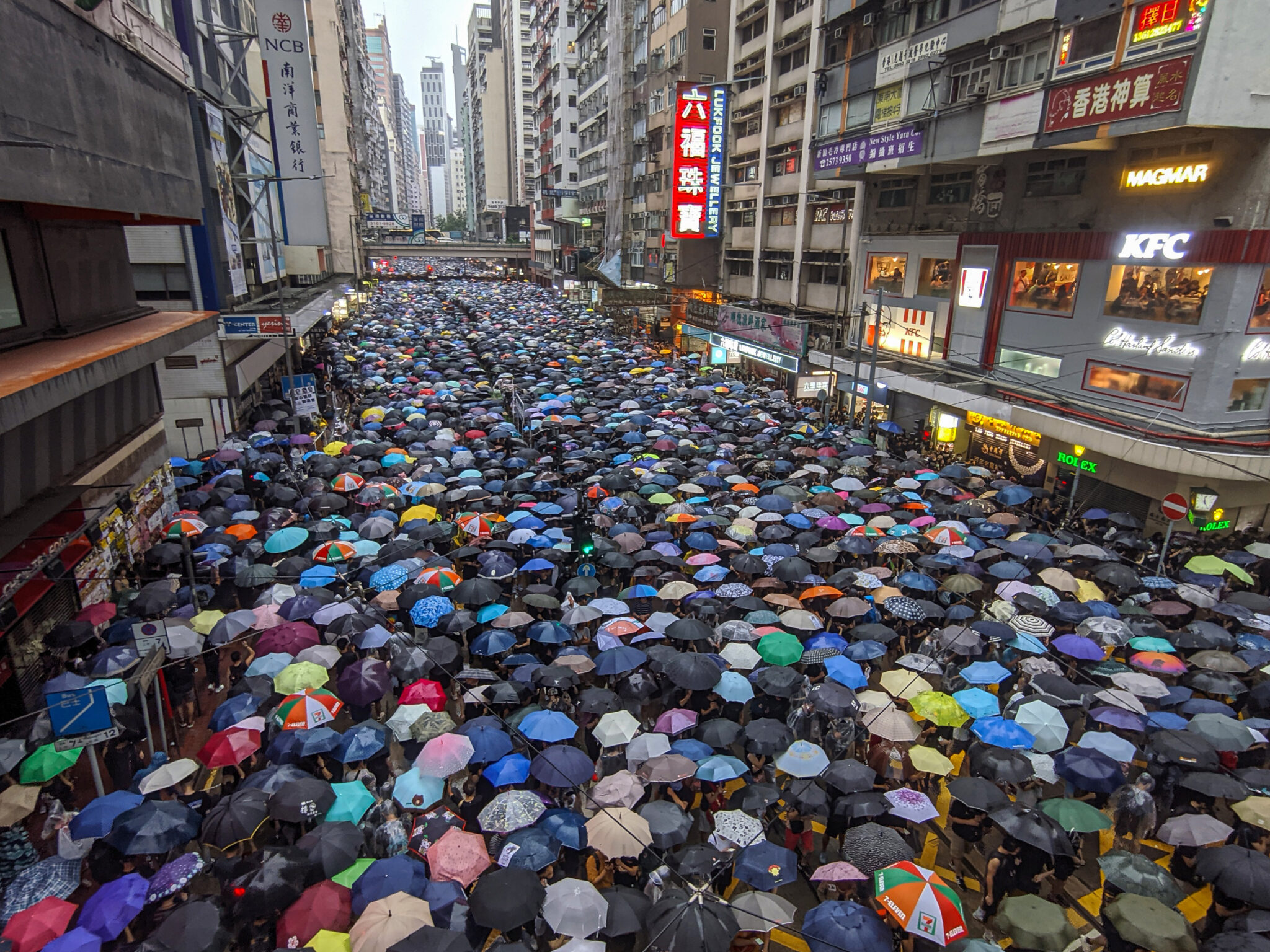 The territory’s likely loss of autonomy is a tragedy made worse because it could have been avoided.

China’s announcement last Thursday that the National People’s Congress has placed new security legislation on the table that provides a legal basis for direct interventions in Hong Kong is a bold move by any measure, its consequences many. It is in all likelihood the beginning of the end of the territory’s autonomy under the “one country, two systems” accord negotiated as China reassumed sovereignty over the former British colony in 1997. This is a tragedy, made worse because it could have been avoided.

But the implications of Beijing’s plans to assert its prerogative in Hong Kong do not stop there. Considered more broadly, this is a major, calculated strike against Washington’s obnoxious efforts to preserve its primacy at the other end of the Pacific even as its long postwar decades of unchallenged power in East Asia fade inexorably into history.

Hong Kong’s 7.5 million people were betrayed last week. But we should be careful to understand who has done the betraying.

Beijing could have managed the Hong Kong crisis with more humanity and subtlety after protests erupted last year in response to a proposed extradition law introduced by an ineffectual local administration. Given that the Sino–British declaration signed in 1984 raised questions of sovereignty — and there are none more sensitive in Beijing — the territory was bound to be a hot potato during the 50-year period it was designated a Special Administrative Region.

Hong Kong’s democracy movement was up and running even before Prince Charles lowered the Union Jack for the last time in July 1997. Its intent from the first was to defend Hong Kong’s political institutions and liberties against the mainland’s encroachments while expanding the democratic process to include a fully elected legislature. Having witnessed this at close range and reported on it from time to time, I see no grounds whatsoever to question the movement’s authenticity. It was an expression of a unique, independent Hong Kong identity that had taken root gradually during the decades following Mao’s revolution in 1949.

But in the course of the past year’s increasingly heated demonstrations — it is not clear when — prominent figures in Hong Kong’s broad pro-democracy constituency began seeking American backing for their confrontation with the local government and, behind it, Beijing. Joshua Wong, who emerged as an influential voice following an earlier wave of protests known as the Umbrella Movement, made a much-remarked trip to Washington last autumn, during which he met with various  members of Congress — including Marco Rubio, the hyper-hawkish Florida senator with a pronounced taste for “regime change” operations.

Such contacts have turned out to be common, in Hong Kong and abroad. In the course of things it also emerged that various civil society groups in Hong Kong had been accepting millions of dollars in support from the National Endowment for Democracy, the notorious coup-cultivating appendage of the State Department that is funded primarily by Congress.

There are three things to say about these connections.

One, it was monumentally unwise on the part of democracy advocates to seek U.S. involvement — and seek it so visibly. Anyone with an understanding of the NED’s pernicious purposes and Secretary of State Mike Pompeo’s incessant efforts to spark confrontations with China, Russia, Iran, Venezuela, and other nations that remain beyond the perimeters of American empire could not miss the provocation implicit in these connections.

Two, accepting U.S. support was an insensitive, inept betrayal of the spirit of the Hong Kong democracy movement. It was never intended to turn the territory into some kind of neoliberal outpost on China’s border — a variant of the mess Washington has made in Ukraine. In another time, Hong Kong’s democrats would have found their natural allies in the Non–Aligned Movement.

Three, if Joshua Wong and his incautious comrades had set out to give Beijing ample cause to start short-circuiting the one country, two systems formula, they could not have made a more efficient job of it. It is a bitter thought, but Beijing —as touchy as they come about territorial integrity since the Opium Wars and the unequal treaties that followed — has sufficient reason to deem Hong Kong a national security question. It wasn’t always one, but it is one now.

We come now to the most egregious of the treacheries inflicted on Hong Kong’s idealist democrats. In effect, the Trump administration, with Pompeo and other reckless boors in the lead, has inexcusably turned what amounts to a domestic conflict into an occasion to destabilize a nation it considers an adversary because it will not bend to America’s extravagant imperial ambitions.

We’ve seen this before, of course — most recently in Ukraine and Syria. There are always casualties on these kinds of occasions, and Washington is always indifferent to them. In Hong Kong’s case these are the about-to-be crushed aspirations of a people desiring nothing more than ordinary self-determination. As demonstrators returned to the streets  Sunday, one watched with admiration but little expectation or hope.

‘In another time, Hong Kong’s democrats would have found their natural allies in the Non–Aligned Movement.’

Washington has been cultivating the Hong Kong crisis for its own designs for many months. Last November President Trump signed a bill providing for sanctions to be imposed on any Chinese or Hong Kong official judged responsible for human rights abuses in the territory. The House sent the bill to the Senate with one dissenting vote, and the Senate passed it unanimously.

We were supposed to think this reflected the sentiments of the compassionate hearts one always finds in the administration and on Capitol Hill — you know, the morally sound people who think nothing of strangling the populations of Iran and Venezuela while prolonging the suffering in Syria by many years and many hundreds of thousands of casualties.

We are now treated to the virtuous pose once again. “Any effort to impose national security legislation that does not reflect the will of the people of Hong Kong would be highly destabilizing, and would be met with strong condemnation from the United States and the international community,” the State Department grandly declared Friday.

The New York Times published an exquisitely disingenuous piece last Friday, wherein a rewrite man in New York furrowed a worried brow wondering why Xi Jinping would authorize this step as the National People’s Congress (NPC) opened its annual two-day session in Beijing. Maybe it was because the administration in Hong Kong had fumbled before the onslaught of protesters last year. Maybe the Chinese president is taking advantage of the Covid–19 pandemic.

A day later the Gray Lady had made up its mind: Xi is “working a crisis,” it declared in the page-one lead. What use Xi might find in the Covid–19 calamity as it relates to Hong Kong is beyond this columnist’s imagining, but there you have it. Xi, we’re invited to assume, thinks the world will somehow not notice the NPC’s new legislative agenda.

The truth is less lame and far more consequential. Ever since the Pentagon declared China a strategic adversary two years ago, Washington has sought to push Beijing ever further into a corner with a trade war, threatened sanctions, aggressive maneuvers in the South China Sea, and lately shrill, ungrounded accusations of malpractice in managing the Covid­–19 outbreak. Pompeo threatened Friday to rescind Hong Kong’s status as a favored trading entity.

A few weeks ago in this space I warned that if Washington pushes Beijing too hard and too offensively it risks doing to China what Versailles did to Germany when it settled the peace in 1919. It is difficult to overstate the importance China attaches to the achievement of parity with the West. Westerners refuse to recognize this at their peril.

We may now be witnessing the front end of precisely the kind of response I earlier suggested. It is impossible to imagine that Beijing is other than fully aware of the consequences attaching to the legislation it just put on the table in terms of damaged confidence among Western corporations, bankers and investors. The beckoning conclusion is that it has just announced its indifference to such considerations.

The Chinese are not blind. They see as well as the rest of us that the West is gradually collapsing, its day done. Accustomed to thinking in terms of the longue durée, they know better than most that the future lies with the emergent non–West, of which it is a leader. There are already reports  that Beijing’s 14th Five–Year Plan, due to be published next March, will reflect a purposeful shift in China’s relations with the West, the U.S. in particular.

Many decades ago, the great Sukarno, Indonesia’s founding president, had his own confrontations with America (which eventually cultivated a coup that deposed him). “Go to hell with your foreign aid,” the Bung, as he was affectionately known, famously declared in a national radio address. It appears Xi has just said something of the same thing.

← A Circle in the Darkness: Post-War Europe
PATRICK LAWRENCE: The Failed American Experiment →