Will human civilization simply resume course or will we recognize the need for numerous far-reaching reforms?

Full restoration or fundamental change: As the Covid–19 infection and fatality curves at last begin to flatten, the entire world now asks which of these lies in our post–pandemic future. Will human civilization simply resume its course — its destructive, inequitable course, along which lies too much suffering — or will there be a sobering up, let us call it, a recognition that very far-reaching reforms are needed in too many spheres to count?

Another way to pose the question: Is humanity any longer capable of self-correction? Or has the dreadful prevalence of neoliberal thinking denuded us — we in Western, post-democracies, that is — of all will in the face of circumstances that require it, along with a determination to act imaginatively and bravely?

No one anywhere can credibly turn in an answer to this question — not yet. But several months into the Covid–19 crisis, it does not seem we Westerners are able to unmoor ourselves sufficiently from what can only be called the perverse security of our too-familiar insecurities. We do not appear to trust ourselves to depart from the the hellishly precarious life for so many in a neoliberal world.

Expressions of hope for a different kind of future are everywhere. In here-and-there fashion, there are signs it is justified. I am not much for monarchies, but one must say the Queen rose impressively to the occasion in her “We will meet again” speech to Britain last week. The grainy frames of all those wartime films depicting British gumption seemed to flicker by. It was the right thing to do at the right moment, especially given the prime minister (whatever one may think of him) was then on oxygen in an intensive-care ward. It has had the desired effect.

At about the same time, the British government asked for volunteers to assist the National Health Service to attend to the most vulnerable Britons. Whitehall expected 250,000 hands to go up — and got triple that number of applicants. “A stirring display of British national solidarity,” the ever–Anglophilic New York Times called it. It was, one has to say. 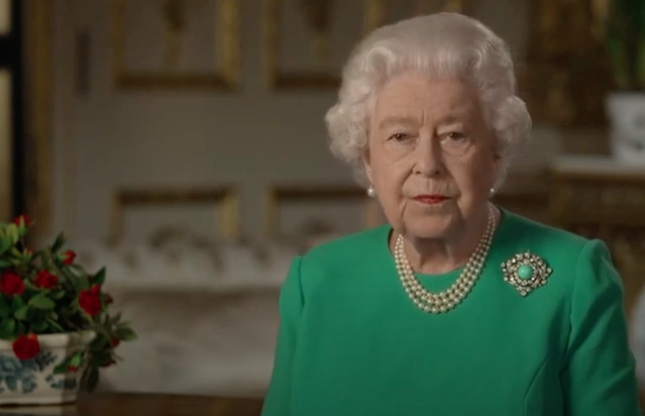 In this same line, the Financial Times published an editorial last week that has to be counted remarkable for what was said as well as who was saying it. “Virus lays bare the frailty of the social contract,” the headline announced. The paper of City of London stockbrokers then laid out a program worthy of left Labourites such as the late Michael Foote or the recently defeated Jeremy Corbyn. Here is the pithiest paragraph:

“Radical reforms — reversing the prevailing policy direction of the last four decades — will need to be put on the table. Governments will have to accept a more active role in the economy. They must see public services as investments rather than liabilities, and look for ways to make labour markets less insecure. Redistribution will again be on the agenda; the privileges of the elderly and wealthy in question. Policies until recently considered eccentric, such as basic income and wealth taxes, will have to be in the mix.”

Behind the FT’s editorial surprise lay another.  The budget Prime Minister Boris Johnson made public in February turned British politics upside down. Here was a true-blue Tory committed to equalizing the UK’s economic geography — “leveling up” is Johnson’s phrase — to the benefit of disadvantaged regions that once were Britain’s industrial backbone. A high-speed rail line to the rust-belt North, worker-training programs, big new spending on the N.H.S. — Johnson’s plans amount to a kind of Tory populism, all-out Keynesianism from the party of big business.

It is tempting to read into these developments in the money center across the pond a harbinger of a fundamental shift — an imminent abandonment at last of the ruinous neoliberal economic model.

Were this so, it would stand as the single most positive outcome possible as the Covid–19 crisis recedes, whenever this proves to be. But any such interpretation would be incautious, especially in the American case. It is more likely these events will turn out exceptions proving the rule — the rule that nothing need change and nothing will.

Rather than international unity in the face of a common challenge, the response to Coivd–19 among the industrialized post-democracies is zero-sum nationalism, every nation for itself and implicitly against all others. The virus’s savage spread has already left the European Union a shambles.

“Solidarity becomes a hollow mantra,” as Shada Islam, a prominent think-tank inhabitant, told The Guardian over the weekend. So have the Brussels technocrats punted the exceptional vision of the European project’s founders.

Prominent among the exceptions to this are those non–Western nations now coming selflessly to the aid of the afflicted in Europe as well as their allies in the non–West. This is another tragic irony in the making, a bitter one: The unenlightened responses to Covid–19 among the major Western powers are likely to leave the world more divided, not less, once the threat subsides — poor vs. wealthy, South vs. North.

Cuban doctors arriving in Italy to help during the pandemic. (Twitter @JoseCarlosRguez)

America’s domestic response to the Covid–19 onslaught makes Europe’s look like a model case study in some business school curriculum. Bottlenecks are everywhere. The trillions the Federal Reserve and Treasury have committed are stuck in clotted bureaucracies and reluctant-to-lend banks such that small businesses are going under and families are going hungry while private-equity firms are pushing their way into loan programs not remotely intended for them. Talk about free-for-alls.

Management expertise used to be part of America’s claim to exceptionalism. “Can do,” a phrase from the first half of the last century, proved out as the U.S. mobilized for the second world war. By the early–1940s American shipyards were floating one new Liberty ship a day, believe it or not. The rest of the world noticed. In the postwar decades, the missionaries of American management theory were welcomed as demigods across both oceans.

And now? Who can imagine anyone taking an interest in American management methods? Let’s put it this way: Surrendering our chosen-people consciousness, whenever we are finally required to do so, will inevitably be bitter. Maybe America’s multiple failures since Covid–19 hit will set this process in motion. This would be salutary, and of no small consequence either at home or in global affairs.

Two other issues, resolved or unresolved as they may prove, will define how well or poorly America emerges from this crisis. If Americans cannot get a socialized health-care system on the back of the Covid–19 fight, it is difficult to imagine what it will take to achieve health-care justice. If Americans cannot at least begin taming the Pentagon beast, ditto.

In neither case does one find cause for optimism, difficult as this is to admit. There is hope and there is power, and we know how these face-offs almost always end. 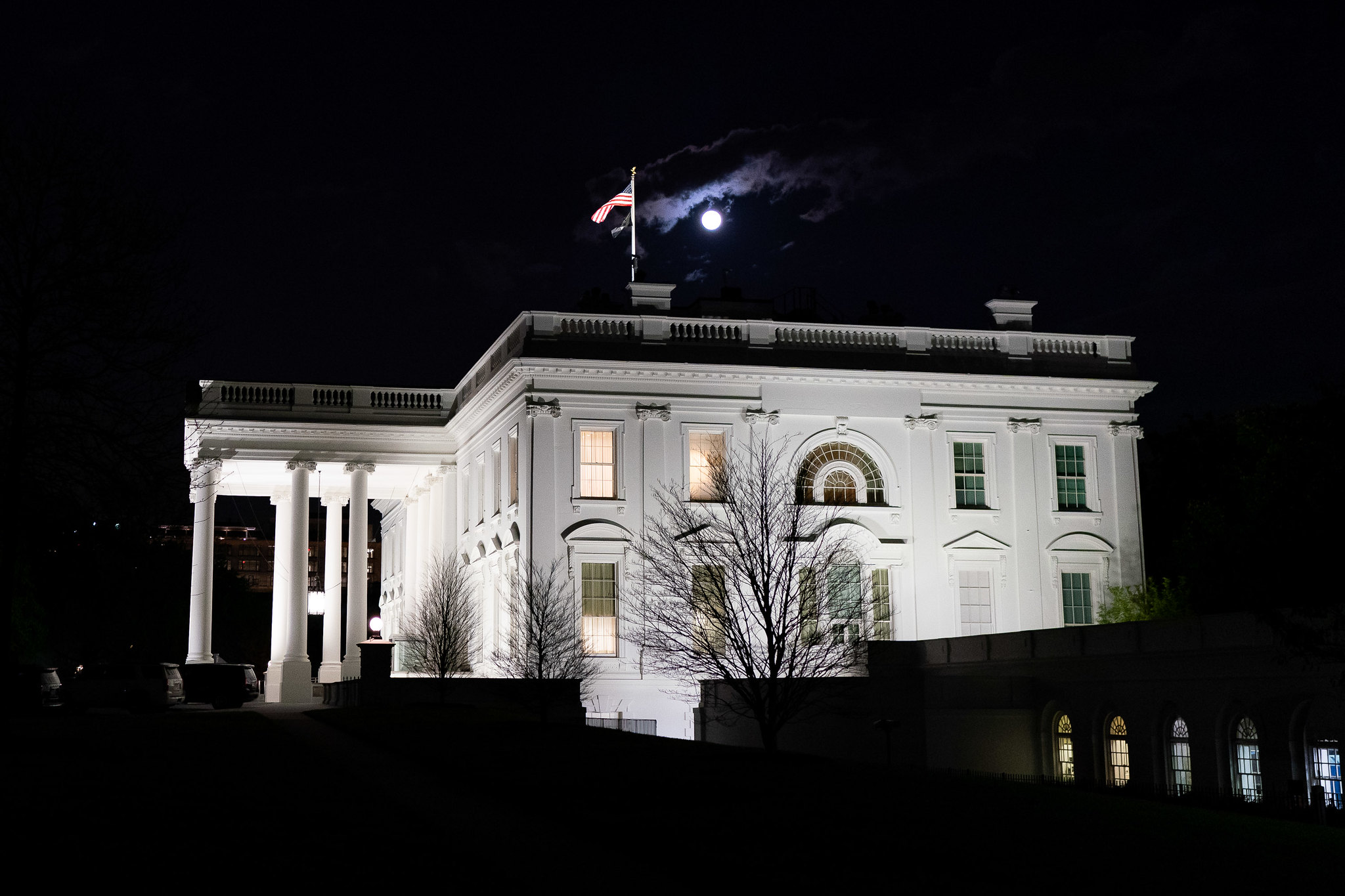 There has been no stirring display of American national solidarity, if you have not noticed. We are all sitting around — more or less in silence, so far as one can make out — while corporate captains and a corrupt administration chart the course forward. Why is this? Do not look for any answer in politics, or in economic advantage or disadvantage. The problem transcends all such considerations.

Covid–19 is a health crisis, and very soon it will be an economic crisis few alive today will be able to fathom. But it is above all a psychological crisis. It is essential to understand this.

Americans are no longer the people who sent a Liberty ship a day to sea. “Can do” is now closer to “can’t do,” “rather not,” or “why should I?” The drug of material consumption separates us from that earlier, no-less-critical time. Hula hoops and Mustangs have left us very sadly atomized, a vast “lonely crowd,” somnambulant. And helpless to escape ourselves. Let us not be mistaken: This is the true American crisis Covid–19 bares.

A friend forwarded an extract from a commentary Linh Dinh, the wonderfully freewheeling Vietnamese–American poet, published in The Unz Review over the weekend. It is pertinent to our case:

“With our plastic, skyscraping project imploding, perhaps we can devolve into a breed that’s simpler, muddier and gnarlier, less distracted so much saner, and more honest to those around us, since we can’t escape them. Perhaps we’ll become men again.

Or maybe not. Cowed by fear, oozing despair and dependent on those who have clearly betrayed us at each turn, we’ll become even more catatonic in our cells. After lockdown, we’ll stumble like blind fools, into this farce, again.”

Later in the day this same friend sent along a line from Don De Lillo’s “White Noise” and I pass it on:

“Here we don’t die. We shop. But the difference is less marked than you think.”