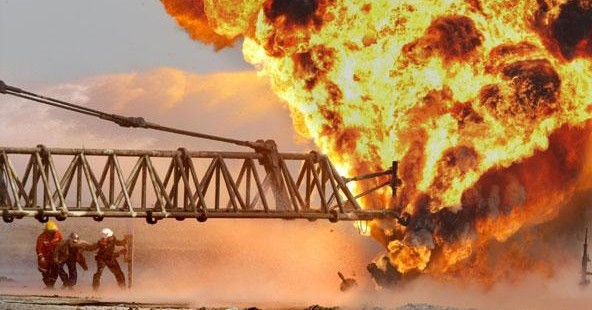 Iraq: We Broke It, but We Can’t Fix It

As Iraq descends into a sectarian war that could prove more gruesome than any other that has befallen its people, two questions face the Obama administration. When and why did the mistakes begin? What’s the smart choice now?

Answer the first and the second follows more or less automatically. The leadership in Washington must therefore identify the origins of this tragedy. Any analysis based on politics or ideology—anything other than stripped-to-the-core clarity at this extraordinary moment—will almost certainly lead to more of the errors that have made Iraq the single most tragic mess anywhere so far in the 21st century.

Related: Could Hillary Clinton Prevented the Crisis in Iraq?

As soldiers of the Islamic State of Iraq and Syria advance, the fingers poking the air most persistently now point to President Obama, and he deserves criticism. At least in hindsight, it is plain that his decision to withdraw all U.S. forces from Iraq by 2011 was a disastrous mistake.

Obama’s mistake has two parts. First, he committed to a new idea of America’s global role with too little reference to global realities. One may approve of or oppose the thought that American policy planners should place less emphasis on military response and more on diplomacy, but either way this kind of philosophic assessment of a new century had to be put into action according to practical judgments of what could be altered when.

Second, the president effectively refused to accept ownership of the Iraq mess as it already was. This, too, led him into the world-class error of declaring victory and going home as hastily as the logistics allowed, ignoring the frailty of the government to be left behind.

Senators can vote against any given war, as Senator Obama did prior to the U.S. invasion in 2003. Presidents and commanders-in-chief do not cast such votes: They have responsibilities and strategies to manage according to what they want to get done—a very different thing.

Related: The Need for U.S. Special Forces in Iraq

The net of it for Obama’s part: He had an idea, but he was too high in the ivory tower when he developed it and had too little understanding of how to bring it down to the ground. It is not an unfamiliar feature of this administration’s performance.

These things said, this president did not invent the U.S. involvement in Iraq. We Americans too frequently think without reference to history. We must not indulge this habit now if we are to step forward intelligently.

Hindsight being handy again, the primal mistake was going in at all in 2003. The motivations were complicated, as most of us will recall, but the Bush II administration ignored a big lesson that was perfectly available to it.

Recall Marshal Tito, the anti-Nazi partisan who governed Cold War Yugoslavia. His record was mixed, certainly, but he held the nation together, the core strategy being to make sure antagonistic communities had satisfactory seats at the table. Consider what came next when assessing Tito’s years in power.

Related: How the Collapse of Iraq Would Affect America

Saddam Hussein had little claim even to a mixed record. His turn running Ba’athist Iraq was characterized by mistreatment of the Kurdish minority and suppression of discontent within the Shia majority. It was never a pretty picture, but the ideology was secular (specifically a kind of Nasserite socialism) as opposed to sectarian. Beneath the Saddam cult of personality, other kinds of nation-destroying viciousness should have been evident to anyone who looked, especially after the war with Shiite Iran erupted in 1980.

The missed lesson can be called the Tito Thesis. The grim logic of it is that tough, unsavory leaders cannot be tampered with incautiously simply because they are tough and unsavory, and cannot be removed without very careful consideration of what will follow.

The thesis is essential equipment as the administration determines what to do next. Here are two ways to apply it immediately:

• In Iraq, ask whether Nuri Kamal al-Maliki meets Tito Thesis standards and answer, “No, not yet and maybe never.” He is too given to advancing the interests of the long-suppressed Shiite majority.

What to do? Nothing at this moment, not even the air support the administration now weighs. American pilots cannot sensibly deploy to save a sectarian regime any more than American troops. The message to al-Maliki: Immediately, as in right now, open unity negotiations with credibly representative Sunni leaders. Short of this, we will not feel your pain.

• Syria has been an easier call for some time. Sectarian elements in the fragmented anti-Damascus forces are not only evident—they are ascendant. Next move: Drop the idea of toppling Bashar al-Assad by force and abide by what Secretary of State Kerry and numerous others have already said many times: The solution is political.

Eleven years ago, the Bush administration cast the post-Saddam Iraq to come as the foundation stone of a remade Middle East—democratic, in the American image. It was neo-Wilsonianism in its purest form.

We now face the prospect of standing shoulder-to-shoulder with the Iranians as theyprepare to support their Shiite ally in Baghdad. It raises a third question: What will it take before our policy elite recognize that a fundamental remake of this nation’s Middle East strategy is essential?

Obama’s misreading and now failure in Iraq do not discredit aspects of his try for a strategic shift. Follow the line of logic, and the failure confirms the need for new thinking.