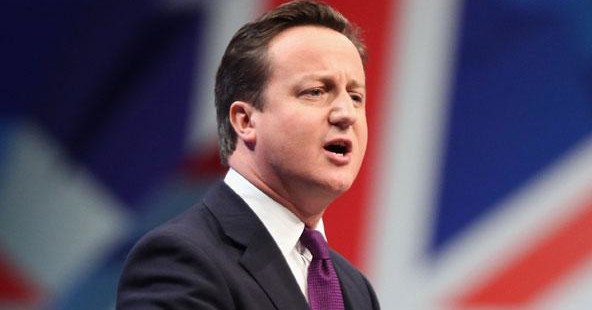 Has Britain Gone to Pieces Over Exiting the EU?

David Cameron, Britain’s Conservative prime minister, has been bullied on the question of European Union membership. Hard-right Tories (and there are a lot of them) and aonce-marginal independence party now contrive to bring Britain to the brink of exiting the EU. Even the Europhiles have to admit that maybe the Brits should quit. Maybe it is time they went their own way.

A British withdrawal from the EU would be good for nobody. It would make Britain’s financial sector even more central to its economy, and that is too risky, given the poor state of British industry. It would also damage (but not doom) the European project, given that Britain’s economy will soon be the second-largest in Europe, behind Germany’s. And it would hurt the U.S., given Britain’s role as America’s gateway into Europe for finance, trade, and investment.

The Tories have been “banging on” about the EU for a quarter of a century; the question cost two Conservative prime ministers their jobs. And no British leader has been pinned to the wall as Cameron is now. At this point, a majority of Tory members of parliament want to bail on Brussels.

Last week, as Cameron took benign encouragement from President Obama at the White House, two cabinet members back home said they would vote to abandon the EU if a poll were held immediately.
This latest round of euro-bashing has been gathering momentum for some time. In January Cameron thought he had laid the matter to rest when he promised a referendum on EU membership in 2017—assuming he was returned to office in elections due in 2015. He also committed London to renegotiating the terms of British membership in the EU as an alternative to quitting. Things then went quiet.

But it was a brief respite. And it looks now as if nothing Cameron can offer will be good enough, leaving the Conservatives, as one British commentator put it the other day,“ungovernable.”

About a third of the Tories’ MPs want simply to quit the EU, Janan Ganesh of the Financial Times asserts. Others register demands for a treaty renegotiation that cannot possibly be met, so they fall among the quitters, too. “Drama gives way to farce,” Ganesh concludes.

Most recently, euroskeptic Tories want to know why Cameron has not put the 2017 referendum into law (forgetting it is unconstitutional for one government to impose binding obligations on any successor). Many want him to spell out the terms of his proposed renegotiation with the EU; of that many, some want those terms to go to a referendum, too. Yes, two referendums, one issue.

Does Britain start to sound a little kooky? It should. Given that the Conservatives currently trail the opposition Labor Party in the polls, they are effectively shredding their own political capital in public. Britons care about jobs and the economy now–to be in or out of the EU is a very low priority.

Why all the volley and thunder, then? Here are three explanations:

• The Tories are by tradition the party of bankers and financiers, and they want to protect the City of London from the banking union the EU is now negotiating. This is too bad for two reasons. One, as noted, British manufacturing needs help–tilting the economy further toward financial services is unwise. Two, once the EU does have a banking union it will also have a financial center, and London will not survive that in its present form.

• One cannot separate what is happening in Britain on the EU question from events in the EU itself. The economic crisis of the past five years has forced the EU into a new phase. It is turning into something new and more powerful, and euroskeptic Tories do not want Britain to submit to the coming level of supra-national sovereignty. In the immediate term, do not forget that the eurozone has just entered its longest economic slump since World War II. Disenchantment with the union is thus not peculiar to Britain.

• The “Little Englanders” cannot be left out of the picture. These are the Britons who consider the English Channel the earth’s widest body of water, who are jealous of British nationality and sovereignty, and who long for the England that will never be again. The Tories have their share of Little Englander sentiment. The best measure of its resurgence is the United Kingdom Independence Party, or Ukip. Earlier this month the once-negligible party took nearly a quarter of the vote in nationwide county elections. As the Tea Party tends to do in the US, Ukip is pushing the dominant conservative party rightward.

Some days ago, a heavy-hitter named Nigel Lawson, a Conservative and the late Margaret Thatcher’s chancellor of the exchequer, weighed in on the EU question and managed to elicit as many expressions of surprise as Ukip’s election results. Britain should indeed go, Lawson argued.

For one thing, he said, the regulatory burden of a single market outweighs the benefits for an economy such as Britain’s, with its small industrial base. For another, as the EU develops its new financial structures, Britain will become increasingly peripheral because it is not a member of the euro currency zone.

An exit is cheaper, and we have to save the City: These are compelling arguments. They are technocratic calculations, but it is hard to counter them. But consider this: An exit is cheaper as measured monetarily, but is it “cheaper” by more inclusive measures—the free movement of people, businesses, investments, and so on? As to the City of London, being inside or outside the EU is unlikely to save it from the turn of history’s wheel.

However you look at it, the City stands to lose.