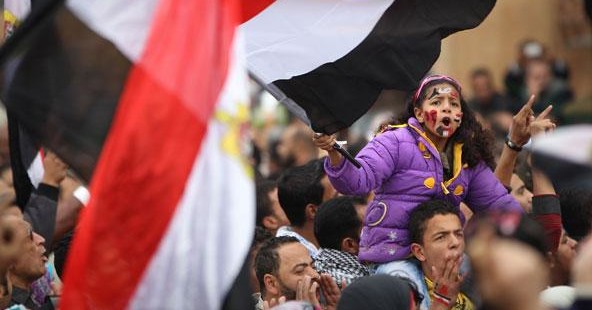 2011 will go down as a good year for very few of us. Suspense, crisis, loss, frustration, and anxiety seemed to lie everywhere one turned. What better time to remind ourselves of a few developments during the year that are worth at least a quiet moment of celebration? This columnist’s choices are these:

• The Arab Spring. Who would have guessed a year ago that the political, social, and economic complexion of the Middle East would change as swiftly and dramatically as it did in 2011? We have lived through a moment of true history this year. And, we can now look forward to various forms of democracy emerging in Tunisia, Egypt, Libya, and elsewhere.

Will Islam prove compatible with democratic values? Scholars have debated this looming question for decades. We in the West must be prepared for democracies that derive from different cultural roots and will therefore take a shape of their own. They may not look much like our own form of government; we should keep an open mind and hope for an enlightened civility.

• Japan’s nuclear disaster. This global cliffhanger was caused by a tsunami that damaged three nuclear reactors at Fukushima, in northeastern Japan, last March. Now the Japanese and the rest of the world can breathe more easily. In mid-December Tokyo announced that Fukushima has reached “cold shutdown” status, meaning the reactors have been stabilized will soon close permanently.

Two other dividends to arise from this disaster are worth mentioning. The Japanese economy tanked in the spring as many analysts predicted, but then rebounded right on schedule in the third quarter. Finally, Tokyo announced over the summer that Japan would follow Germany and several other European nations in creating a “nukes free” electric power grid.

• China’s five-year plan. Some are now fretting over China’s immediate economic fortunes and whether the country will tip into a slump. (I doubt it, but that’s another conversation.) Far more important is the 2011-15 five-year plan Beijing approved in March. The plan promises to change the mainland’s economic model profoundly. At the core of it is a reduced dependence on exports and a drastic rise in domestic incomes and consumption.

The implications in global macroeconomic terms are huge: Trade accounts would be closer to balance and Beijing will be less reliant on an undervalued yuan. If China stays on plan, in five years we will not recognize the high-consumption, strong-currency economy that will be ticking over its customarily high rate. (The growth target for the 2011-15 plan: 7 percent.)

• The E.C.B. opens the vault. When the European Union reached an agreement on new rules governing fiscal discipline in early December, the skeptics were many and vociferous: There won’t be enough money to hold the deal together, they said. Last week that changed: The European Central Bank put nearly $640 billion into the Continent’s banking system by way of three-year loans priced at 1 percent. In effect, the ECB has given Europe’s banks the wherewithal to stay solvent themselves and buy some of the Continent’s sovereign debt. (Interest rates on sovereign debt tumbled immediately.) The expected action by the ECB gives a reprieve to the euro, which has been on death row this year. But the jury is still out as we head into 2012.

• U.S. economic data. The vicissitudes of the economy kept lawmakers and business leaders in suspense most of the year. But the American economy ended on a positive note, avoiding the double-dip recession that some top economists predicted. Housing starts in November were the highest in 19 months. Applications for unemployment benefits were the lowest in mid-December since spring 2008.

Consumer confidence also rose. And Europe’s bailout helps the U.S. avoid another crisis. No, the American economy is not in tip-top shape—not with one of every two Americans in poverty or, statistically, barely above low-income status. But we made it through the year without letting the economy worsen. Much in 2012 will depend on the political maturity (or otherwise) of Congress, and that is not a topic to pursue in a column dedicated to good cheer.