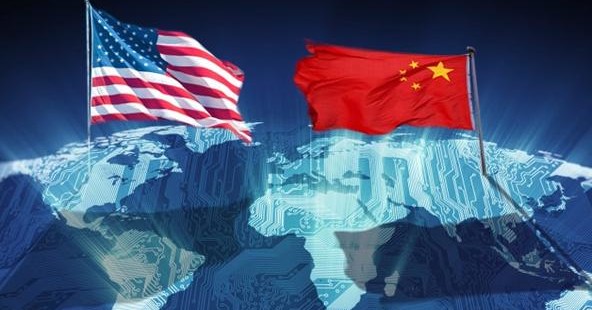 Do we still have to worry about the US economy even though the Fed seems to think we’re out of the woods? Think “China,” where growth is slowing, corporate debt is out of control, and the banks are looking wobbly. That is something that could hit the American economy hard.

The difficulties in China—there is panic but not yet a crisis—are contradictory. Most China-watching economists have long urged Beijing to rein in a profligately over-leveraged economy and refocus growth on domestic consumption before the bubble bursts. Too late. The bubble has burst.

Once the growth forecasts sagged and money got tight among China’s over-extended banks, the world could hardly wait for Beijing to recommence huge injections of yuan to bring down interbank borrowing costs and enable institutions to meet their (way too large) obligations. At the end of last week, the People’s Bank of China, the central bank, pushed enough money at the banks in need to lower borrowing costs 2 percentage points in a day. These were targeted injections, according to Chinese reports; they did not signal a fundamental policy shift.

That is China for you—command economy all the way.

As a sometime China-dweller and amateur China-watcher, I think this is what the central bank should have done. But we ought to understand that China has just stepped back from its program of structural reforms intended to stabilize an economy that is unbalanced and beset with too much speculation. At the very least it is “time out” for that project.

You can call this a capitulation on the Chinese leadership’s part, and you would have an argument for it. But in the end Beijing has been facing a variation of a dilemma, or a set of dilemmas, that all too commonly recur in capitalist economies. We have too much credit outstanding and need to mop it up; growth is slowing and we need to keep things going. Which god do we serve?

Last week Hong Kong and Shanghai Bank issued its latest China growth forecasts for this year and next. They are both down. For 2013, HSBC dropped its projection to 7.4 percent from 8.2 percent. For next year, the bank sees GDP rising by 7.4 percent again, compared with an earlier expectation of 8.4 percent. Manufacturing indexes are also falling—marginally, but to the wrong side of contraction.

These figures describe a puffy economy that is losing air. It goes like this:

• China’s corporate debt has mushroomed beyond an easily sustainable point. It is now almost 200 percent of gross domestic product. A month ago Standard & Poor’s predicted that within two years it will overtake US corporate debt, reaching $18 trillion in 2017, compared with $13 trillion in the US.

• This debt is concentrated in the tradable goods sector—meaning the exporters. Here we find two more problems. There is sluggish demand in major markets such as Europe, and Japan’s devaluation of the yen has exposed China to a measure of exchange-rate competition it is having a hard time handling.

“When Japan took the yen down it was the point that the Chinese were destabilized,” says Marshall Auerback, a senior fellow at the Institute for New Economic Thinking, a research organization in New York. “That’s the root cause of what we’re seeing now.”

• It is amid all this that financial authorities in Beijing have been tightening the money supply available to banks. The intent has been to reduce reliance on credit, of course. But finesse in financial policy is usually among the last things a developing country masters. In this case, turning down the tap squeezed mainland banks to the point they could not meet their obligations to corporate clients. Until the PBOC reversed course late last week, the panic was evident.

China can navigate this passage in its economic development. Let us not forget, public debt as a proportion of GDP is only 30 percent. Beijing has the “red backs,” as we may as well call yuan, if it needs to bail out its banks and enterprises. But what we are now discovering is the extent to which China is a prisoner of the very economic model it wants to replace.

The Financial Times ran a long, riveting piece last week surveying the problem of overcapacity in China, much of which has been fueled by government subsidies. More than half of China’s aluminum producers operate at a loss; a third of the mainland’s cement plants sit unused. Flat-screen TVs, solar panels, and chemicals have knocked out foreign competition, and the Chinese do not know what to do with all the extra capacity they built.

China’s current five-year plan, an ambitious document, calls for a fundamental shift away from subsidized enterprises geared to export in favor of a more domestically focused, better balanced economy. It is a well-considered blueprint for a more stable economic future.

We witness now the difficulty China will encounter as it gets from here to there.

← Obama Gives Syrian Rebels Sling Shots to Slay the Dragon
As the Middle East Unravels, the US Pulls No Strings →