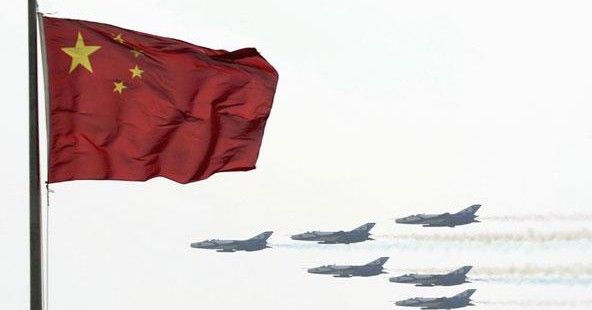 Late in June, Chinese fighter jets crossed into Taiwan’s airspace in pursuit of a U.S. spy plane. The U.S. aircraft quickly exited the area, avoiding the kind ofembarrassing push-and-shove that followed when American spies were actually forced down on Hainan Island, off China’s southern coast, a decade ago.

China wasted no time making its view of the matter plain. “This once again shows that U.S. military activity very close to our territory is a destabilizing factor in the region,” an official at the Chinese Defense Ministry said in Beijing afterward. The Pentagon has not commented on the incident.

It is hard to think of a more graphic illustration of China’s desire to assert its new and growing authority in Asia. The question is whether this also means reducing the role the U.S. has long claimed as the arbiter of disputes in the Pacific region. In the face of rising powers such as China and India and the increasing autonomy of Asia as a whole, is the U.S. still the balancing force that keeps any Asian nation from accumulating too much influence?

The answer, simply, is no. Last week this column considered the reasons Asians shy away from assuming any role that would cast them as a global leaders, pulling along chronically laggard Western economies. But there should be no mistaking Asia’s desire to make Asia more Asian in the 21st century. The truth for America is clear: It is a Pacific power but not an Asian power; the task now is to accept the difference.

Taiwan. The U.S. has long acted as the island’s guardian in its standoff with China, which considers Taiwan a renegade province and claims it as part of Chinese territory. For nearly three years now, the two sides have made gradual progress in mending their longstanding differences, and Washington has had little to do with it. Take this as background, and that spy plane incident is nothing more than an embarrassing anachronism—a sign of how out of touch Washington is with present-day realities across the Pacific.

The South China Sea. It has long been the subject of clashing claims. China, Vietnam, Malaysia, the Philippines, and Brunei all make a case for one or another part of the sea—which encompasses globally important shipping lanes and under which there are substantial deposits of oil and gas.

A year ago, Secretary of State Hillary Clinton elbowed into a regional meeting on the matter asserting that the U.S. had vital national interests at stake and was the natural mediator among contenders for sovereignty over parts of the sea. The thought landed with an almost audible thud; Beijing was especially displeased.

Late last month, Asians attended another such security conference, this one in Bali. They quickly established a framework within which to negotiate the South China Sea question, leaving Clinton on the sidelines, applauding Asia’s progress toward regional cooperation.

North Korea. Finally, there is the Korea question, which centers on efforts to dissuade the North from acquiring the capacity to build nuclear weapons. Six-party talks — comprising North and South Korea, China, Russia, Japan, and the U.S.—have been an on-again, off-again (mostly off) affair for years.

A decade ago, Washington could make a halfway credible claim to be leading the talks. It is now apparent that Beijing, as North Korea’s only ally in the region (and practically the world), holds the key to any success in bringing Pyongyang around. The other four members of the group must follow the Chinese lead.

Earlier this summer, Beijing announced that it was breaking ground on two Chinese-stylespecial economic zones in North Korea. The move amounts to the clearest rejection to date of Washington’s confrontational approach toward Pyongyang in favor of the gradual, commerce-first model of diplomacy Asians prefer.

There are exceptions to this trend. Reflecting Vietnam’s historical mistrust of China, Hanoi recently agreed to take part in joint military exercises with the U.S. While such exercises are routine for longstanding allies such as Japan, Vietnam’s participation is an oddity on a number of counts–but it is more the exception that proves the rule than anything else.

No one, not even China, wants to elbow Americans entirely out of the Asian region. America has a lot of frontage on the Pacific lake, and most Asians like it that way. But the American voice is gradually becoming one among many, and even its closest friends in the region like this, too.

← The Big Question for China as Global Growth Slows
The Unwinnable Afghan War: Get Out Now to Save America →