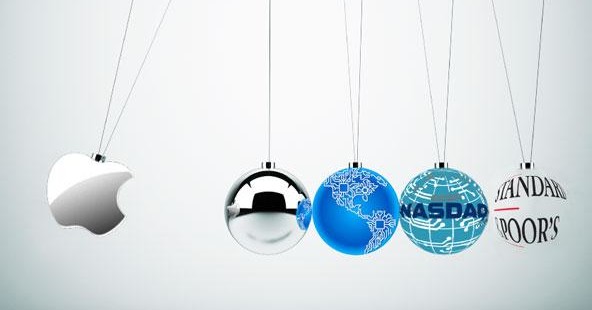 Apple’s Big Manufacturing Boom to the US—200 Jobs

At the end of last week, CEO Timothy Cook announced that the company intends to invest $100 million next year to relaunch part of its manufacturing operations in the US.

Apple and Foxconn, the contractor responsible for manufacturing iPhones, iPads and a host of other Apple products in China and other countries, is expanding its existing operations in America to build Mac computers. How many jobs will it create? About 200—a number that wouldn’t even get you noticed in the Fortune 1000.

According to a spokesperson for Foxconn, however, the move was more a public relations strategy than a new commitment to a social contract with American workers. Louis Woo told Businessweek that the decision was prompted by pressure from Apple’s customers.  But that’s not all.  He said, “In addition, any manufacturing we take back to the U.S. needs to leverage high-value engineering talent there in comparison to the low-cost labor of China.”

Apple sold nearly a quarter of a million phones, computers, and other electronic products in the first 3 quarters of the year and can afford to indulge in a little “reshoring,” as this kind of thing is now known. Or is Apple’s latest move simply a matter of crunching the numbers.

With a mere 200 employees added to the payroll at an average salary of $32,000, and high skilled workers making around $65,000, Apple can produce Macs in the US and still make superb margins. And because they’re setting up shop in South Carolina, a right to work state, they are not worried about union demands. In addition, they leave behind problematic logistics, Chinese regulation, and all the messy disputes over working conditions at Foxconn and other mainland contractors.

In the end, though, none of this is persuasive as a justification for Apple’s interesting move. CSR is dandy, one is all for it, but few companies do anything purely in its cause. And in this case, Apple’s strategy would flunk badly if economic and social conditions did not support it. Cost structures, skill sets, logistics, supply chains, proximity of markets—all this and more has to function as a successful manufacturer’s support base. Otherwise the move starts to look like miscalculated affirmative action.

We have enough evidence now to conclude that Apple’s partial move back to America and its work force has a chance of succeeding on the fundamentals. Last year the Boston Consulting Group published a study forecasting a “manufacturing renaissance” in the U.S. as China’s wage rates and currency rise, skilled workers grow scarcer, and U.S. productivity maintains a strong lead over China’s. Apple thus joins a group of U.S. companies—Caterpillar, Ford, NCR—that have already reckoned that “Made in USA” makes good business sense.

More recently, the Centre for Research on Socio–Cultural Change, a think tank at Manchester University, took apart (literally) an Apple 4G iPhone to calculate the cost of each stage of production. In China, the phone cost $178.45 to make, according to CRESC; labor was just $7.10 of that. Since it sells for $630 (including downloads), Apple goes home with a 72 percent profit margin.

In America, the same experiment yielded this: Labor comes in at $21 an hour (triple the Chinese rate), and total production cost would be $337.01. Apple’s margin: a still enviable 46.5 percent, according to the CRESC study.

Something important is happening here. With the rapid emergence of China, India, and other developing countries as “middle income nations,” the classic cheap-labor-for-exports model is losing its primacy. So, it appears, is the automatic assumption that wage rates more or less dictate where a manufacturer will locate. As Boston Consulting argued, in the future companies such as Apple will manufacture in China for the Chinese market and in America for American consumers.

“The rise of the post-national corporate player changes the alignment between large corporate interests and the U.S. economy,” the CRESC study concludes.  “And success for the stockholders does not align with the broader needs of the U.S. economy and society.”

It will be interesting, with these studies in view, to see how manufacturing fares in the U.S. in coming years. We still have 2 million fewer manufacturing jobs than we did pre-crisis back in 2007. And do not forget: Apple is all about iPads and iPhones now; the Macs coming back account for less than a fifth of its revenue. It still promises some jobs. But what is good for Apple may not prove good for everybody making things. This is not the beginning of a gold rush.

← The Diminishing Role of the U.S. in the Middle East
As Europe Slowly Recovers, the US Heads off the Cliff →