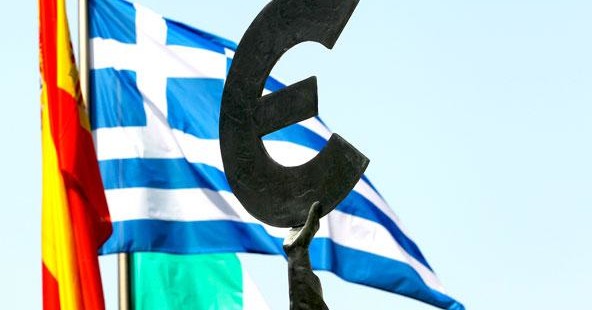 After Greece: Radical Overhaul of EU is Next

LONDON—Most of Europe breathed an almost audible sigh of relief late Sunday evening, when the results of the most important elections in modern Greek history became clear. The center-right New Democrats, which took 29.7 percent of the vote, are firmly committed to Greece’s recent bailout agreement with the European Union.

The threat of a disorderly exit from the euro zone is now considered to have evaporated. New Democracy’s leader, Antonis Samaras, has three days to form a coalition government.

However, not all is so neat and tidy as it seems. As the election results showed, Greece remains deeply divided over the EU rescue package. Few Greeks want to throw it over the side, drop the euro, and start printing drachmas again. Not even the social-democratic Syriza, which placed second in the polls with 27.5 percent of the vote, has advocated an exit from the euro zone.

The issues in the days ahead will revolve around the extent to which the terms of the bailout can be renegotiated. That is what most Greeks want.

Under these conditions, building the coalition New Democracy needs to govern will be tough going.

Talks with creditors, when they begin, could pull a coalition government in Athens to pieces in a matter of days if they go the wrong way.

All of the parties that competed in the polls have come out in favor of one degree or another of renegotiation with the EU and others in the “troika” of international lenders behind the Greek bailout—the International Monetary Fund and the European Central Bank. But each party’s position is different. Talks with creditors, when they begin, could pull a coalition government in Athens to pieces in a matter of days if they go the wrong way.

Samaras himself is also a worry. A right-wing nationalist by sentiment, he stood squarely against Greece’s first international bailout, in 2010. Even in his own party, senior business executives say he has little grasp of Europe or the restructuring plan to which Greece has submitted. The hope is that he can be persuaded to step aside in favor of a leader who can build the “government of national unity” numerous Greek politicians are now calling for.

The remaining question on the ground in Athens is Syriza, or the Coalition of the Left. Although it finished second on Sunday, the results are considered an immense step forward for the party and its leader, 37-year-old Alexis Tsipras. With 71 seats in the 300-seat legislature, it now has an influential political presence in government for the first time. This should not be underestimated.

Countless news reports have demonized Tsipras and said Syriza wants to “tear up” the bailout agreement, but this is a misreading. As Tsipras wrote in the Financial Times last week, Syriza endorses a version of the growth-and-stability blueprint the rest of Europe has been talking about since the election of François Hollande as France’s president in May. Counting minor parties, that is what 46 percent of Greeks voted for.

It is next to impossible that Syriza will join the New Democrats in a unity government. Syriza will thus stand as an opposing pole in the legislature. Compounding matters, the Pan Hellenic Socialist Movement, or Pasok, announced Sunday evening that it would not participate in any government that Syriza refused to join. This would leave the New Democrats to govern in a fragile partnership with the Democratic Alliance, the weakest of the major parties in Athens.

The Greek election brings Europe to a crucial point: The time for incremental steps is passing in favor of a major rethink of the EU, its structures, and its rules—all of which are flawed. The markets’ response to the bailout of Spanish banks last week—initial enthusiasm followed by a steep climb in the price of Spanish debt—made this point plain.

Sunday’s polls made it just as plain that a new socialist or social-democratic perspective on the European crisis has taken root since Hollande’s presidential win in France. This perspective will have to be incorporated as Europe proceeds, whether or not investors approve.

In this context, it is regrettable that Syriza finds the New Democrats so repellent it cannot join in a unity government. A unified government in a nation where austerity policies have created a humanitarian crisis could advance a growth-with-discipline program more effectively than the New Democrats are likely to manage on their own.

“No decisions can be taken without this national unity,” Evangelos Venizelos, the leader of Pasok, said in Athens Monday morning. I think he is right. The markets reacted positively this morning, but they never think very far ahead. The whiff of further calamity hangs over the Greek situation now that the nation has voted again—and split its vote once more.

Elsewhere in Europe, Greece’s elections have been watched with one degree or another of anxiety. On Sunday evening, German Chancellor Angela Merkel stated that Greece might be able to take more time in paying back its debt. In Brussels, officials have been debating a package of concessions to  present to the new government in Athens—lower interest rates and longer maturities, for instance.

As gestures these are fine. But they are too little and too late. And they suggest, disturbingly, that core Europe still does not understand the need for a radical overhaul of the EU itself. Greece, after all, is not a Greek problem: It is a European problem.

← Spain Cuts a Deal: How Short is the Leash?
EU Crisis: This Week Could Change the Global Economy →