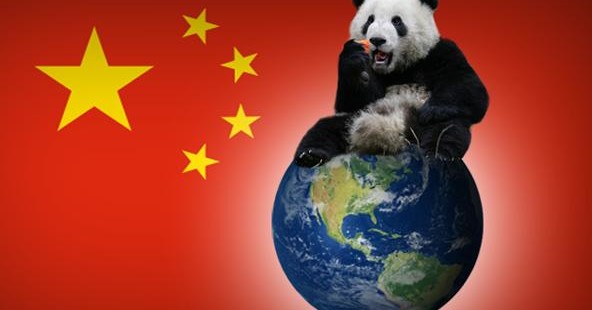 6 Ways to Avoid an Economic Implosion in China

&#8220;What if China Fails?” This was the headline on an essay in the Wilson Quarterly in August 2010. It is now 2012, and we are still seeing strong economic growth, although Beijing just slashed the target to 7.5 percent–an 8-year low. In one form or another, I hear this question frequently: “What if China… sinks, implodes, explodes, breaks apart?” It is by now established as a form of Western paranoia.

But after years of foreigners’ fretting, China has indeed reached a moment of truth: Either it reforms its system or it tips over. The World Bank issued a report last week confirming as much. The interesting detail is that the research bureau of China’s State Council contributed to the report and put its name on it.

“China has now reached a turning point in its development path,” said Robert Zoellick, the World Bank’s president, as the report, “China 2030: Building a Modern, Harmonious, and Creative High-Income Society,” was released in Beijing. “As China’s leaders know, the country’s current growth model is unsustainable.”

Zoellick has always been a straight talker, even when he was Washington’s special trade representative. And unsustainable is precisely the word for what now powers the Chinese economy forward at an historically unprecedented pace. There always had to be an end to the export-led, investment-led economic model managed by a Communist Party that amounts to not much more than authoritarian capitalists.

The looming question is the extent to which China’s coming period of reform will reflect the neoliberal principles so many in Washington and the multilaterals still favor (yes, even after 2008) or China’s actual conditions—its poverty levels, its income distribution, the proportion of farmers to factory workers, wage levels, and so on. China’s development plans should be one thing above all others: They should be China’s.

Here are the six key moves the World Bank and China’s leadership think will give China all that modernity, harmony, and creativity, not to mention high incomes:

• Keep advancing and complete the shift to a market economy. This will involve a raft of structural reforms, notably in the areas of state-owned enterprises, or SOEs, and policy in the financial sector—not least as it pertains to the yuan, China’s currency. The question is whether a Chinese market economy  is supposed to resemble America’s or, say, Norway’s.

• Develop the capacity to innovate more quickly. In other words, move away from simply making products that others have designed and build research and development networks. Almost certainly, this is intended to help China reduce its dependence on exports and add higher-end jobs.

• Spread the wealth. Expand access to jobs and to services such as health and education. This is a big item. It means decentralizing the economy while maintaining a strongly interventionist role in the distribution of income. If this were Western Europe, we would call the idea by its name: The requirement is for social democracy of one or another stripe.

• Modernize and strengthen the domestic fiscal system. Zoellick explained this goal simply enough. “Central to the report’s findings,” he said, “is the need for China to modernize its domestic financial base and move to a public financial system—at all levels of government—that’s transparent and accountable, overseen by fewer but stronger institutions, to help fund a changing economic, environmental, and social agenda.”

• Be a team player. Exploit mutually beneficial relations with the rest of the world by connecting China’s structural reforms to the changing international economy.
This is all meant to be accomplished in the next 28 years, as the report’s title suggests. Let’s put it this way: It is more than the U.S. or any country in Western Europe is likely to get done in the next three decades.

My views on China’s modernization and the World Bank’s thoughts on the matter are three. First, implementing these reforms poses risk only if they are too extreme in the direction of free-market models. Beyond that, it is not implementing them that is risky, notably the need to bring hundreds of millions of Chinese into a modern economy.

Second, the World Bank and the State Council called these reforms urgent in their announcement of the China 2030 report. We will have to see what the Chinese leadership thinks “urgent” means. Part of its economic model has been a marked commitment to gradualism: The West has seen this, to its frustration, in the pace China has let the yuan float.  China is unlikely to surrender this approach just because a multilateral institution thinks it should. Let’s call the reforms “urgent, with Chinese characteristics.”

Finally, there is one zone of pronounced risk. It is political. In this respect China is more fragile than many in the West appreciate. If the income distribution question is not managed properly, or if “market reforms” turn out to be off-the-shelf neoliberal ideas, China could get messy on its way to middle-class status.

The political equation that could tip China into severe social unrest would echo back upon all of us, given the extent to which China is already well-wired into the global economy. And this is touchy territory. Already there has been a dispute among the bureaucrats responsible for China’s SOEs: In the name of social equity, they do not want them privatized.

In this political aspect, coming days and months will be very interesting to watch in China. We will soon have the results of the National People’s Congress, which begins its annual meeting Monday. There are several seats on the nine-member standing committee of the Politburo that are open to competition this year.

Whoever wins will work closely with Xi Jinping and Li Kequiang, who are widely expected to replace President Hu Jintao and Prime Minister Wen Jiabao respectively later this year. Interestingly, Xi acknowledged that “there is always room for improvement” on the question of human rights during a recent visit to the White House. That is a softer line than Chinese leaders customarily bring to Washington.

This is an important transition for China. And it is all of a piece. In the end, human rights and political rights cannot be seen separately from the World Bank/State Council’s reform agenda. The report is a pile of paper and a collection of ideas. How they are implemented will determine the kind of society China will be in 2030.