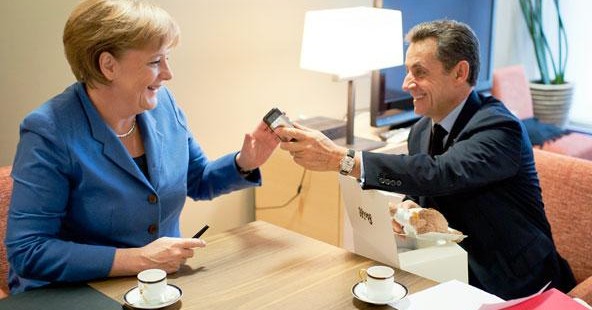 3 Reasons to Bet the Euro Deal Will Work

Global stock markets today are reflecting the many uncertainties that still surround the eurozone rescue package European Union leaders announced in Brussels late last week. It is not yet clear how some of the EU’s plans will be financed, and a detailed blueprint that would save Greece from default, avoid similar crises elsewhere, and preserve the euro as the EU’s shared currency is still days or weeks away.

But there is cause for optimism nonetheless. The deal reached among EU leaders in the early hours of last Thursday morning broke significant new ground. It is effectively the workable framework of a plan that will rest on three main pillars:

The global financial markets told the story of this deal well enough late last week. They took a big upside bounce on Thursday in response to the announcement in Brussels that a framework for a rescue had been agreed upon. But by Friday they were edgy again, having considered some of the outstanding details, and the jitters are continuing today. The major European bourses were down, with the DAX dropping by 2.16 percent. As of mid-morning, the Dow was down by more than 100 points.

Chief among the details spooking the markets is Italy. With about €1.9 trillion in debt, it is simply too large to rescue, and European bankers plainly question Prime Minister Silvio Berlusconi’s ability to deliver on a package of reforms intended to get the economy going. Berlusconi’s center-right coalition is weak, and the structural reforms he has promised would present a rigorous political challenge for any leader. Last Friday, a day after the Brussels deal was announced, Italian debt was priced at a record 6.06 percent, up from 5.86 percent just one month earlier. This was not, plainly enough, a vote of confidence.

Then there is Greece itself. Prime Minister George Papandreou is also in a politically fragile position, primarily because of painful austerity measures already introduced in parliament. To meet its obligations under the terms of the Brussels deal, Athens will have to move in two directions at once: On one hand, it is relying on the privatization of public-sector assets to finance the recapitalization of its banks. At the same time, Papandreou acknowledged last week that Athens might have to nationalize some banks to restructure them effectively. Is Papandreou getting the government out of the economy or moving further into it? And even if Greece’s plans are successful, Greek debt will still be 120 percent of GDP by 2020—the level of Italy’s debt-to-GDP now.

It is also uncertain how much China—along with Japan, another of Europe’s biggest creditors—will be willing to put into an expanded financial stability fund. Figures suggested by central bank officials in Beijing run from $50 billion to $100 billion. But any such transfer would come with conditions attached:  China is certain to demand guarantees on its investment, whatever its size, and it may also request a loosening of conditions in bilateral trade relations and less criticism of the exchange value of its currency, the yuan.

More detail on the European plan, notably just how the EFSF is to be funded and guaranteed, is expected to emerge by the time the Group of 20 nations meets in France on November 3. But it is not too soon to draw some interesting conclusions from last week’s events.

One is that the Brussels deal marks a major step toward the further integration of Europe. As a matter of oversight, Greece will now have to accept the presence of surveillance and monitoring delegations not only from the International Monetary Fund, but also from the EU and the European Central Bank. Many Greeks will chafe over their loss of national sovereignty, but Greece is effectively becoming a test case for the kind of fiscal integration Europe needs if the eurozone crisis is to be solved for the long term.

In addition, the eurocrisis has demonstrated just how globally integrated our economies have become. When a crisis in Greece gets central bank and finance ministry officials in Beijing and Tokyo out of their chairs, you know that the world has taken a rapid spin toward what amounts to a totally interdependent global economy.

Finally, there is the China question. Taken as one, the EU is China’s largest market, and getting it back on its feet is plainly enough among Beijing’s motivations in volunteering to help recapitalize the financial stability fund. But in the cases of both China and Japan, we also find one indicator of just how eager Asians are to diversify out of the dollar. About a quarter of China’s $3.2 billion in foreign exchange reserves is already believed to be in euro-denominated assets. No one will miss the larger significance of a Chinese commitment to the EFSF now—or the political clout that would come with it.