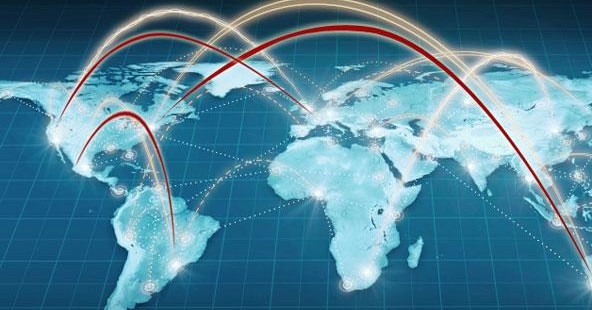 Why 2015 Will Make or Break a Spate of Global Alliances

Last January this column nominated 2014 as “the Year of Political Economy,” and it proved to be so in spades. Greece’s latest confrontation with the European Union and the prospect of a similar crisis in Italy could hardly make the point any clearer.

The prevailing theme in 2015 looks different. World leaders find themselves amid a complex series of fragile international relationships. Some of these are troublesome, some potentially costly for Americans, others run to dangerous. A few were inevitably going to be difficult, some could have been better managed, and the only word for one or two is bungled.

There are more of these than a column can cover, but all will advance toward resolution this year. So let’s call this “the Year of Tenuous Ties.” Oxygen masks will drop when needed.

Related: Fallout from Obama’s Russia Strategy is Spreading through Europe

Maybe no one in the White House could do much better than President Obama on the foreign side, given that the U.S. is midway in a fundamental shift in its global role. But an emerging reality a year ago is now starkly plain: Obama’s (1) inexperience in foreign affairs and (2) middling interest in them have landed America in pickles the match of any during the Cold War decades.

This administration has set various goals—Mideast peace, a nuclear deal with Iran, now the opening to Cuba—to stand as a legacy success. But none of these is half as consequential as Washington’s relations with Moscow, and as 2015 gets under way these could hardly be worse.

Whether Obama likes it or not, and he probably doesn’t, the U.S.-Russia relationship will be his lasting mark. America is strong enough to corner the Russians, fine. Is this administration smart enough to recognize that doing so is a very bad idea?

Astonishingly enough, it doesn’t look like it. The near-term danger, imminent as we speak, is that the sanctions will drag most of Europe and then everyone else down with the ruble and Russia’s GDP. More abstractly for the moment (and thank goodness for this), we are watching two nuclear powers in an escalating conflict.

Related: A New Leader could Lift Greece—and Europe—Out of Crisis

The wise course here: Acknowledge signs of flexibility from Moscow, and there are some, and follow the European lead, specifically German Chancellor Angela Merkel’s. She’s a conservative who can talk effectively to President Putin. Let her do so. No one wants Ukraine to emerge now as a destabilized state with a basket-case economy, and at the moment it is evolving into both.

Washington’s relations with the Europeans are also a lot shakier now, in no small measure because of how Obama’s State Department and Treasury have managed the Russian situation. In consequence, one of two key relationships will suffer a critical breach this year: America’s with Europe or Europe’s with Russia. This is Washington’s gamble, and it could easily tip the wrong way.

As to a deal with Iran, normalization would indeed be a standout achievement for our 44th president. But it’s going to take dexterous diplomacy abroad and tough politicking at home. This undertaking is at its most fragile now.

Secretary of State Kerry has bought more time to negotiate with Tehran but will have to soften his demands. This reality, plain to anyone following the talks so far, runs 180 degrees against the White House’s predicament since Republicans carried midterm elections in November. Politico instantly reported that the victors were planning to scotch the deal altogether.

The take-home here: Further compromises with Iran will be difficult on the way to impossible. Without further compromises, there’ll be no deal. Kerry blew his best chance when he failed to stitch this one before the midterms.

Across the other ocean, I don’t see danger in the deterioration of relations with China, but this regression is going to start exacting a price. Listening too much to the “Who lost China?” crowd in the Pentagon and the CIA and not enough to good sinologists, Obama’s turning China’s emergence as a regional power into a fight over the Pacific sphere of influence.

No, no, no, Mr. President. It’s hands and Mandarin-speakers across the water, not Marines in Darwin and more navy frigates to Taiwan, as are now on the table.

Xinhua just published a year-in-prospect essay that’s worth a read. The head tells the story: “Not a ‘Chinese Century,’ but a less Westernized World.”

Beijing isn’t interested in the “China-as-No. 1” idea. It’s vitally interested in “the collective rise of the developing camp, whose members are unleashing their pent-up eagerness and energy for socioeconomic development after having underachieved for too long thanks in no small part to a stunting—and even forbidding—international environment.”

Put it next to Obama’s China policy and there’s only one conclusion: This administration is doing tip-top work if the object is to settle on the back seat as the aspirations of emerging powers rise.

Examples, two of dozens: China bought a record volume of Russian crude in November, reflecting Moscow’s energetic effort to cultivate non-Western markets. In the same month, due to Russia’s sanctions against food imports from the U.S. and E.U., Brazil’s farm exports to Russia were up 101 percent year-to-year.

The tenuous ties aren’t all America’s doing, let’s be sure to recognize. The E.U. is going to have to address the fractious rebellion breaking out among members tired of the savage—no other word in the Greek and Spanish cases—social and political costs of austerity policies deriving from ideology, not results.

And then a very big one. The Israel of Prime Minister Benjamin Netanyahu is sinking into a quagmire, make no mistake. His move last week to withhold the Palestinian Authority’s tax receipts, in response to the authority’s application to join the International Criminal Court, is simply reckless.

The Americans have a tenuous tie to manage here, certainly, and so do Europeans as one by one they recognize Palestinian sovereignty. But it is Israelis who are heading for the hot seat. Good international relations are their life line, and their prime minister is punting them.

Roger Cohen, the accomplished columnist who usually writes for The New York Times’international edition, had a sit-down the other day with Amos Oz, the noted novelist, and Oz said it best: “The day people in this country start calling Netanyahu a traitor I will know that something may change.”

← Beyond the foreign policy lies: Our compliant media and the truth about American exceptionalism
After Charlie Hebdo, There’s One Good Way Forward →