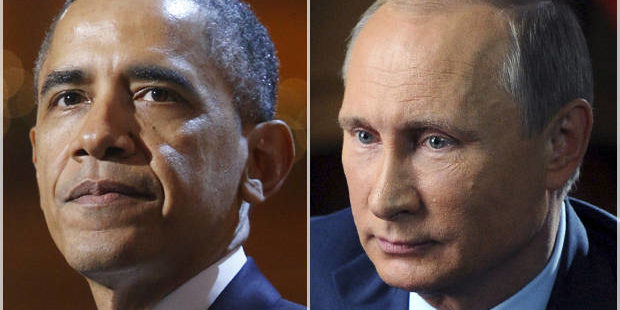 There have been 22 NATO summits since the first convened in Paris 59 years ago. If you study the chronology, they are more frequent during those times the alliance loses its declared purpose and has to find some new task — a new “threat” to justify the vast bureaucracy in Brussels, the comfortably seconded generals, the military exercises, the incessant production and reproduction of mass anxiety and, of course, the defense contracts that  are NATO’s abiding raison d’être.

Hence, nearly back-to-back summits — eight in 10 years — from the late 1980s through the 1990s, when NATO spluttered to explain itself in the post–Soviet context. Hence, 12 summits in the new century’s 16 years as strategists flit from one “mission” to another, never persuasively, while adding a dozen members on the alliance’s eastern flank—all but one (Croatia) former members of the Warsaw Pact.

The NATO convention concluded last week was a standout — easily the most important of the post-Cold War era. We must not miss its meaning. NATO summits may not be your taste, and who can fault anyone for this? But Warsaw has everything to do with the life you will live in coming years. Think of it as “trending now” if you must — now, as in the next decade or two at a minimum.

One, while talk of Cold War II has been common for several years, as of last week it is official policy in Washington and at NATO headquarters in Brussels. This is a grave, reckless step. In broad outline what just occurred is not unlike what Washington did in the late 1940s to initiate Cold War I. The consequences in that case cost millions of lives, trillions of dollars and endured for 42 years. We still wear the scars.

Two, President Obama’s foreign policy legacy is now complete in outline. We now know what he will hand his successor, and it is long on mess, short on success. Once again, an outgoing president surrenders ground by leaving unexplored nearly all opportunity for authentic progress toward sound, 21st century policies abroad. Once again, a new president must begin — at least on the foreign side—further back on history’s clock than the point from which his or her predecessor set out four or eight years earlier.

The disorder and dangers just baked into our cake are awful enough to contemplate but only part of the story. There is also the question of urgency. We do not have time for this, readers. There is too much to be done to let generals and profiteers, the one often blurring into the other, indulge in another global confrontation. Too many openings are lost, and this mistake is not free of cost—as Cold War I ought to have taught us.

National decline is not inevitable, I continue to insist, but it is made of wrong turns such as this. That, indeed, is among Cold War I’s greatest lessons: In what we take to be our moment of triumph we find defeat.

Numerous matters were settled in Warsaw. Cyberwar now falls under NATO’s purview; the alliance will support the European Union’s effort to police human trafficking across the Mediterranean. But other things matter more.

One, the U.S., Britain, Germany and Canada will each station a rotating battalion in a front-line state. These are respectively Poland, Estonia, Lithuania and Latvia. Two, after many years of heated debate, nuclear weapons are to remain part of the NATO arsenal in Europe. Three, the alliance officially assumed command of an anti-missile defense system that, as of now, has components in Spain, Turkey and Romania.

There is no mistaking the magnitude of these decisions when taken together. I liken Warsaw last week to Washington in the spring of 1947, when Truman’s advisers and Senate allies determined it was time to sell the public a permanent wartime economy and a national security state. What followed was his “scare hell out of the American people” speech, so named by Arthur Vandenberg, a Republican senator from Michigan and one of Truman’s intimates. What followed that was $400 million in aid to the fascist Greek monarchy, and what followed that was the first Cold War.

Reality No. 1: The West is now to have troops closer to Russia than ever before in history. Reality No. 2: Russia has signaled no intention whatsoever of doing anything more than defending its borders, rock-candy mountains of unsupported nonsense in the press notwithstanding. Reality No. 3: The only reason these soldiers will rotate is because NATO agreed with Russia in 1997 not to station troops permanently east of Germany. These deployments are a disgraceful fiddle, thus. Reality No. 4: NATO officers continue to insist that missile defenses are intended to counter Iranian missiles. It now takes very big brass to trot this one out: Given last year’s nuclear accord, the standing explanation no longer passes even as a fig leaf.

Think about this. Why would the inveterately hawkish Stoltenberg say such a thing? Nothing too complicated: The man doth protest too much is my simple read. All four of Stoltenberg’s staccato assertions are 180 degrees upside down: NATO is purposely provoking Moscow (so as to call Moscow provocative); it famously misses the Cold War’s clarity and is desperate to recreate it; ditto the profits deriving from an arms race, and confrontation is the very plot device driving NATO’s Cold War II narrative.

The Warsaw gathering completes a certain picture, in my read. It defines one-third of the policy framework President Obama will leave on the Oval Office desk when he closes the door for the last time next Jan. 20.

Across the Atlantic, two things to note. One, the West’s confrontation with Russia is now consolidated as policy and provisioned with sufficient funding and military hardware to carry it well into the future. Two, this posture continues to rip the fabric of trans-Atlantic relations. Obama was pitifully fervent in his desire to put Warsaw across as a display of unity. As with Stoltenberg’s remarks, just the opposite was the case.

“We don’t want a Cold War,” Frank–Walter Steinmeier, Germany’s thoughtful foreign minister, said at a press conference as the summit concluded. “Rather, we’re putting dialogue alongside our defense readiness.” Steinmeier spoke for many—the French, the Finns, the Italians among them. In consequence, the summit scheduled a NATO–Russia Council meeting that is to convene as early as this week.

The take-home from Warsaw: an escalating danger of war with Russia, discord among traditional allies and altogether greater American isolation.

Across the Pacific, China runs a close second to Russia’s Enemy No. 1 status. As alert readers will have noted, Defense Secretary Carter has been assiduously cultivating tensions with China over jurisdiction in the South China Sea since last spring. The Hague’s ruling Tuesday on a case brought by the Philippines three years ago — so far as I can make out at the urging of then-Secretary of State Clinton — further alienates Beijing but accomplishes nothing more.

Finally — the stool’s third leg — there is Obama’s effort to reduce America’s direct military exposure abroad, notably but not only in the Middle East, by the use of drones, air campaigns and proxies. His failing on this point is simple, as noted at length in a previous column: Obama has addressed the means by which policy is executed while leaving the ends of policy, America’s objectives, entirely unquestioned. At the very best this leaves us more or less where we started when Obama was elected.

In last week’s column I suggested that Barack Obama was in essence a captive of the cliques and bureaucracies that exercise power in all matters related to national security, foreign policy and the defense posture. Consider Warsaw in this context.

The NATO summit caps a very active few months for this administration, and the interim offers some support for the thesis. In my view, we have watched this year as the Pentagon, the C.I.A. and the rest of our sprawling national security apparatus put down markers such that the path open to Obama’s successor is clear.

What are we doing in the world? What are our intentions abroad? Whether he wanted to or not, Obama never asked these, the most essential questions. Whoever follows him need not bother: Answers will be waiting on the Oval Office desk.