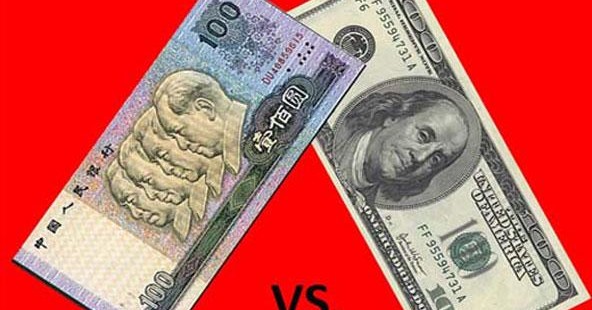 Nobody will ever put up a neon sign or a billboard announcing that the U.S. has taken another step toward decline in its global position. Neither is American decline inevitable, as the so-called “declinists” habitually assert. It is not. Decline is a choice.

The problem before us is that we are making this choice.

The American government is now closed as if it were a dry cleaner on Sunday. We stare at the prospect of the first default on U.S. sovereign debt in history. For the moment, the money is betting that Washington will get through these impasses, reopening the government and raising the ceiling on federal debt before the October 17 deadline. But it would be naïve to assume that America has so far done no damage to its global standing. It has. It is measurable.

RELATED: DEFAULT OR NOT, ASIA A HOSTAGE TO U.S. DEBT

The point of maximum vulnerability lies across the Pacific. Asians are the largest holders of U.S. Treasury debt by a long way. Nobody is making rash moves at this early moment—Asian central bankers rarely do—but  the financial markets are kidding themselves in assuming the Chinese, the Japanese, the Koreans, and Taiwan are not looking over the ocean with arched eyebrows.

On the diplomatic side of the ledger, China is in open competition with the U.S. for influence across the East Asian region. I have never rated this rivalry as dangerous, though many analysts in Washington do. But plain enough President Obama has just dropped his guard at one of the key moments in his administration’s policies across the Pacific.

Let’s take the second of these setbacks first. It is more immediate.

Just before the weekend Obama hit the phones in the Oval Office to apologize to leaders across Southeast Asia as he canceled visits to Indonesia and Malaysia and star-turn appearances at two—count ’em—gatherings of Pacific Rim heads of state, one the leading economic forum, known as Apec, and the other the annual East Asia Summit.

It was the government shutdown, of course. And it was the right decision. But Xi Jinping, China’s new president, stood all the more prominently at the podiums the American leader missed. The Japanese, the Koreans, the Singaporeans, the Filipinos—pretty much the whole East Asian gang—wondered where the Yanks went.

“How can the United States be a reliable partner when President Obama can’t get his own house in order?” Richard Heydarian, a legislative foreign policy adviser in Manila, wondered to a New York Times correspondent.

Few people on our side of the lake took any notice of how the mess in Washington might appear to others. It sneaks up on us when our self-indulgence and self-absorption and presumption of eternal dominance blind us to the consequences of what we do (or fail to do in this case).

The official advertisements produced in Washington suggested that Defense Secretary Chuck Hagel and Secretary of State John Kerry filled a good part of the void left by Obama’s absence. Yes, they went to Seoul and Tokyo and got some work done on defense questions. But this is stale stuff. From the Asian perspective, Americans are far too preoccupied with security arrangements, to the exclusion of imaginative, across-the-board thinking, while China fills the rice cookers.

RELATED: EVERYTHING YOU NEED TO KNOW ABOUT THE DEBT LIMIT

The mainland is now the No. 1 trading partner of every nation in the region except the Philippines—an astonishing reversal to anyone who knows the history of America’s economic power in the Pacific. Last March, China announced it would fund a $50 billion banking facility to finance infrastructure projects in Asia—an institution that, it is now clear, will eventually rival the U.S.–dominated Asian Development Bank.

As to the question of Asia’s holdings of U.S. debt and how they may react to a default, I find the prevailing logic weirdly complacent. Smart analysts say we should think in terms of how Asians would react to a global depression sparked by a falling dollar, higher interest rates, tightened credit, and destabilized markets.

The sums at issue are immense. In aggregate, Asian central banks hold about $5 trillion in foreign reserves, according to the International Monetary Fund’s numbers. Not quite two-thirds of that is in dollar-denominated assets—Treasuries, equities, corporate bonds, and the like.

China has the biggest pool of U.S. securities—$1.4 trillion, which represents 11 percent of all U.S. debt and a third of the People’s Bank of China’s foreign reserves. The other heavyweights are Japan, Taiwan, and Korea.

Supposedly, there is no reason under the sun to worry as Washington stumbles near the precipice of default. The Asians are stuck—to bail out of dollar-denominated debt would be to shoot themselves in the foot: This is the bedrock reasoning, echoed for decades. The U.S. debt market is still huge and liquid, another line of argument runs, and this will keep the Asians in the game.

“Asian governments consider a U.S. debt default unthinkable,” Reuters reported Sunday. “Despite having so much at stake as bond prices lurch violently, they are not about to do anything more than minor tweaking of their portfolios.”

Let’s call this the “hostage theory.” It is fraying, like a bolt of shopworn fabric too long on the shelf. Nobody is talking about a rush to the exits. The phenomenon is gradual diversification, and even the threat of a default is likely to accelerate it once we get new stats to measure it.

RELATED: THE MOST LUDICROUS PART OF A GOVERNMENT SHUTDOWN

From 2000 to mid–2013, the IMF tells us, the euro’s share of global forex reserves advanced from 17 percent to nearly a quarter. This is the currency dollar-holders laughed at when it was issued at the turn of the century. In the same period, the dollar’s proportion of global reserves shrank from 71 percent to 62 percent.

Students of the currency markets now call diversification of this kind irreversible. One motive is portfolio balance; the other is to use Asia’s clout to help revive the European market, one of the region’s most important.

Something else looks irreversible now, too. This column has forecast the rise of the yuanas an international currency since the phenomenon first broke the surface in informal markets a couple of years ago. We are now watching markets develop in Shanghai, Hong Kong, Singapore, London, and Frankfurt. The yuan, also called the renminbi, is now the world’s ninth most heavily traded currency.

“Given China’s growing economic importance,” Joachim Nagel, a Bundesbank board member remarked not long ago, “the internationalization of the renminbi seems long overdue.”

It is against this background that you have to consider the sanguine view. Most of us take the “unthinkable” line, predicting the U.S. will avoid a default one way or another. O.K. But this does not mean the threat of calamity alone does not bear consequences that will eventually have to be toted up. As moments in modern economic history go, Washington is now creating one.

“The United States is too important to the world,” Treasury Secretary Jack Lew said in arguing against a default during his rounds on the television press shows Sunday morning. “Our currency is the world’s reserve currency.”

True, and true. But both assertions are less true today than over the weekend and will be less true tomorrow than today. This is the story underneath the story.