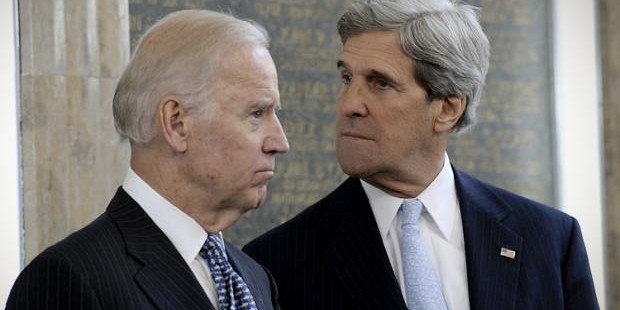 Washington hates real democracy: The reality is worse than anything Robert Gates suggests

It’s deeper than Gates’ new book: We’ve no control over events, but — dangerously — keep pretending we do

The third anniversary of the Arab Spring is upon us. Three years ago next week Tunisians toppled the crooked regime of Zine El Abidine Ben Ali. On Jan. 25 Egyptians can mark the first day crowds flooded Tahrir Square in Cairo to force the detested Hosni Mubarak from the presidential palace.

It is hard to reckon the moment. On one hand, the swell of hope that spread across the Middle East in early 2011 remains fresh in the mind. On the other, one looks out at the messes that have come of that season. Egyptians will remember in a couple of weeks, but almost certainly in silence if they are to avoid arrest, torture and all else the Mubarak clone now in power is already known for.

It would be easy to judge the Arab world’s project a failure. I do not. It is the time of breaking eggs before the omelet gets made, to bend Mao’s old formulation.

We witness a failure in the Middle East, however, and we ought not miss it. An American political architecture 60 years in the making is collapsing around the ears of our foreign policy cliques as we speak. Nominally this is the architecture of security and democracy, but it is no time for happy talk. More accurately, this is an architecture of political deprivation in the service of resource extraction, with incessant insecurity a primary byproduct.

It comes to this: If the Arab Spring is to achieve any measure of authentic self-determination in the Middle East and North Africa (and it stands to), six decades of American policy will have to change (no sign so far) or be frustrated (which is what we have before us). It is bitter, but one cannot escape the truth of it.

The best route to understanding invariably begins at the beginning, so let’s.

American policy in the Middle East is older than 60 if you count the British and French colonial periods, and Washington did inherit from London and Paris when those two metropoles grew too weak and broke to exert their influence effectively. Sixty years puts us to 1953, a good date. That is when the Dulles brothers, Allen and John Foster, persuaded Eisenhower that it would be a fine thing to arrange a coup against Mohammad Mossadegh, Iran’s first elected prime minister.

Mossadegh had sinned. He had taken control of Iran’s oil, the British having bribed a previous Iranian leader to sign over rights to something called Anglo-Iranian Oil. And he stood neutrally — “nonaligned” is the surviving term — between the Soviets and Americans. Out went “Mossy,” as the British spooks used to call him, in came the shah.

The Dulles brothers — Allen head of the CIA; John Foster secretary of state — had determined that the U.S. could shape the Middle East perfectly to Washington’s liking, unmolded clay. Two errors — well, two fateful ones among many. First, they failed to make any distinction between local nationalism and “world communism,” as John Foster got a lot of Americans to call Cold War paranoia. Second, the mission was by definition impossible, as we are now seeing.

The template has never altered — nor have the errors. “World communism” is now “terror” — they come out of the same faucet. Indigenous aspiration counts for little. It does not matter who is a nice man and who unspeakably cruel, so long as they conform to the shape. Saddam Hussein was OK  for a time, but then he did not conform. Mohammad Morsi, Egypt’s first elected leader, deposed with U.S. dispensation last year, was in the file with Mossadegh: not dangerous, precisely, but too local, too into being Egyptian, too given to getting rid of Mubarak’s corrupt judges, police, generals and so on.

This is the glass through which to view the Arab Spring. Two things become evident. One, Washington never wanted anything remotely resembling true democracy to come of it; it could not tolerate losing the influence the Dulles brothers set out to secure. Two, the Arab Spring is a monument to those aspirations that do not die. It is impossible to grasp the moment without seeing how long it was in the making and why it had to pop as it did.

There are post-Spring problems all over the Arab world. The economies are devastated and unemployment is high enough to be a constant source of unrest. The Tunisians stand a chance of getting a good, rights-protecting constitution this year. Egyptians will get a draft of one next week, but to put it in perspective, the general who led the coup against Morsi, Abdul Fattah el–Sisi, is likely to run for president under it.

The long-term question is deeper. It is how to build democratic societies in the context of Islamic civilization. Where does law come from? How does power accrue? What are rights and who has them according to what? What are one’s obligations and who says so — father, imam, cabinet minister, cop? The Arab Spring posed these questions. Even the sectarian animosities can be illuminated by way of them.

What can the West have to say about these questions? It is not clear now even that lines Europeans drew on maps long ago will survive the answering of them. Ask yourself: Is the old American architecture supposed to have any place in the Middle East’s destiny?

In this connection it would be comical, were it not nearly tragic, to watch Secretary of State Kerry and other American officials pretend, Dulles-like, to be in control of Middle East events. It is closer to the mark to say Kerry is running after the news tickers. There is little evidence he grasps the region’s new dynamic (or that it would matter much if he did).

The American version of Iraq is tipping over, and some form of Islamic state, the think tank folks say, could cross the border between Iraq and Syria — armed on both sides with American weapons. The Syria conflict is well beyond American prerogative now and spills daily into Lebanon. Iran was not supposed to have anything to do with anything by the Obama administration’s lights, but it is self-evidently essential to any calm that may be brought to the region. Kerry knows this much, at least: He is about to invite Iranians into the Syria talks shortly to convene in Switzerland.

It is remarkable to read American comment as the Middle East’s wheel spins. It was a mistake for Obama to pull the troops from Iraq two years ago, says Max Boot at the Council on Foreign Relations. The arc of insecurity — Lebanon, Syria, Iraq — requires American intervention once again, the Wall Street Journal tells us. The big-think set still uses phrases such as “shaping events” when considering U.S. policy objectives.

There is a peculiar refusal to accept reality running through these thoughts. This same refusal is what has prevented any useful, imaginative response to the Arab Spring for the past three years. Washington made its clearest statement on the matter when it authorized the coup against Morsi last summer: You have had your taste of awakening, and a single year will have to do. Let us now rebuild the old architecture.

Right now it looks like a success, in Egypt if nowhere else. A few days ago a New York Times correspondent filed a piece from a provincial city up the Nile and described the reign of terror that has returned to Egypt since Morsi fell. The place is politically catatonic. So far as I can make out, Washington has nothing to say.

Looks deceive. The Arab Spring was one of those moments that come over people when they discover they can determine their destinies if they put their minds to it. They go down as historical markers. There is only one good place to stand when they come along.