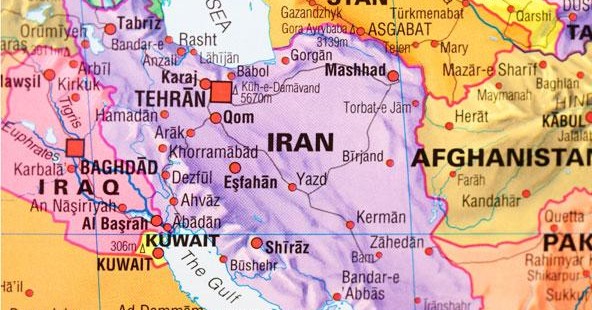 Unthinkable: Conflict between Israel and Iran

The guessing game as to whether sanctions imposed last month against Iran for its nuclear program will work is over. They are already working. This past week the Iranian foreign minister, Ali Akbar Salehi, struck a notably conciliatory tone as a team of inspectors from the U.N.’s International Atomic Energy Agency arrived for a three-day visit. “We are very optimistic about the visit and the outcome,” Salehi said prior to the IAEA’s arrival. Midway in the visit, he invited the inspectors to stay longer than scheduled.

This is a considerable change in tone on the Iranians’ part. And the imposition of sanctions blocking much of Iran’s oil trade is the only way to account for it. One would think the Western powers would be satisfied that a new round of exchanges on the nature of Iran’s nuclear activities had at least got off to a cooperative start.

Unfortunately, the reaction was 180° rejection. An American official said quickly after the talks had ended that Iran’s response was “foot-dragging at best and a disaster at worst.” This is far too harsh, revealing an attitude among American diplomats that unless the Iranians do everything short of halting all work on all nuclear-related projects.  they will not have done enough.

Curiously, things sounded differently at the IAEA. There has always been some space between Washington and the agency in Vienna, and it was on full display last week. No, the Iranians did not give the IAEA access to every site and every scientist it requested. But at the agency’s headquarters in Vienna, an official responded to the Americans: “Disaster is too strong a word. To be fair, you have to give them credit for discussing it. The dialogue is continuing and that’s a good sign.”

At this point, there are three factors driving the Iranian question, and they should giveWashington and its allies pause before going any further:

• Will China and India, two of Iran’s largest oil markets, observe or flout sanctions against purchases of Iranian oil? This is a question the West would not have had to ask even 20 years ago, but the 21st century does not belong to Washington and a few European allies.  Neither nation is given to intervening in the internal affairs of others. This has been a matter of bedrock principle in both Beijing and Delhi for decades. These two nations thus represent a potential impediment.

“Potential” because it is not clear what impact China and India might have if they continue doing business with Iran. Foreign Affairs, the Council on Foreign Relations magazine, posted a curious argument on its web site at the end of last week. For one thing, if large consumers leave the Iranian market to China and India, those two buyers could demand punishing discounts on their purchases of Iranian crude. For another, Chinese and Indian purchases could lighten the potentially huge impact on prices of a complete loss of Iranian oil in the world market.

• The U.S. Senate Banking Committee, apparently not yet satisfied with the package of sanctions already in effect, approved a far more potent punishment even as the IAEA was doing its work in Iran last week. It voted to expel Iran from the telecommunications network financial institutions rely upon for their daily international business. The system is called Swift (Society for Worldwide Interbank Financial Telecommunication), and anyone who has ever sent 100 bucks to a friend in another country has used it.

To be blocked from Swift may sound like a technicality, but it would be the most powerfully isolating measure so far taken against Iran. It is unconscionably too soon for any such step. Washington should step back, recognize it has already made a gain with the sanctions it has in place, and move on to further, rigorous inspection tours. The impression left now is that Washington’s longstanding annoyance with the IAEA — because it cannot control the agency — is getting the better of Congress and some in the administration.

• Finally, there is the Israeli factor. Israel has openly toyed with the idea of a pre-emptive strike against Iran for years, possibly because Iranian leader Mahmoud Ahmadinejad said Israel must be wiped off the map, But as of last week, to be perfectly honest, theIsraelis are becoming more frightening than the Iranians. At midweek the Israeli defense minister, Ehud Barak, warned the West that the window of opportunity for an attack against Iran is closing. President Obama said on Sunday that Israel has not yet decided how to respond to concerns about Iran’s nuclear program,  and said there was no evidence that Iran has the “intentions or capabilities” to wage attacks on U.S. soil, according to Reuters.

Asked in an NBC interview whether Israel was set to attack Iran, Obama said, “I don’t think that Israel has made a decision on what they need to do. I think they, like us, believe that Iran has to stand down on its nuclear weapons program,” adding Israel and the United States would work “in lockstep” on Iran.

That does not appear to be the consensus opinion. “Whoever says ‘later’ may find that ‘later’ is too late,” Barak  said at the end of the week. Moshe Yaalon, the deputy prime minister, subsequently said Iran was building missiles with a range of 6,000 miles—a claim even Israel’s friends in Washington took with considerable salt.

We may never know these things, because that is the nature of secrecy in modern international relations, but it begins to look possible that Israel, with its finger on the trigger, is the driver of the Iran question for the moment. Was it to mollify Prime Minister Benjamin Netanyahu, for instance, that the Obama administration cranked up the sanctions machine in the first place? Is Israel the mad dog barking behind the West’s front door? However one answers this, Israel’s current threats against Iran are the soundest argument we have to negotiate what would truly make sense: a nuclear-free Middle East.